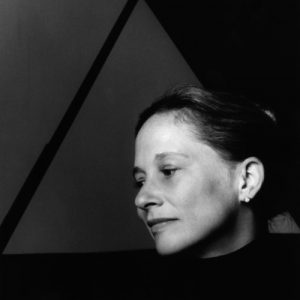 Steinway Artist Rebecca Penneys is a recitalist, chamber musician, orchestral soloist, educator, and adjudicator. For six decades she has been hailed as a pianist of prodigious talent.

Rebecca has played throughout the USA, East Asia, Australia, New Zealand, South America, Western and Eastern Europe, Middle East, and Canada. She possesses a daredevil technique, a charismatic stage presence, and a rare gift for interpretation. She is a popular guest artist, keynote speaker, and pedagogue nationally and internationally. Her current and former students include prizewinners in international competitions, and hold important teaching posts on every continent. Combining a busy concert schedule with seminars and master classes worldwide, she teaches a class of international students at Eastman School of Music and at the Rebecca Penneys Piano Festival, which had its successful inaugural season in 2013. Rebecca has been Professor of Piano at Eastman since 1980 and Artist-in-Residence at St. Petersburg College, a position created for her in 2001. She is founder-pianist 1999, of the Salon Chamber Music Series, a five-concert series and she is also founder and artistic director 2009, of a very popular young artist series called Eastman Piano Series at the Summit.

Rebecca Penneys Piano Friends of Piano, a non-profit 501(c)(3), and Rebecca Penneys Piano Festival are the sequels to her professional summer activities in New York State. The University of South Florida in Tampa hosts the festival in its new all-Steinway facility. RPPF is a tuition-free summer piano festival for pianists between the ages of 18-30. The festival is entirely donor supported and many events are admission-free. The RPPF Ambassador Series promotes festival students in concert nationwide during the summer and academic year. The 2015 season had 100 applicants from 20 countries and will host 37 students. The RPPF mission is to expand and promote core educational values and the artistic vision for piano worldwide. Rebecca celebrated her final season at Chautauqua in 2012 having devoted thirty-four consecutive summers teaching, performing and building the piano and chamber music areas. Rebecca began as resident artist at Chautauqua 1978, when she launched their chamber music program. The New Arts Trio was Trio-in-Residence from 1978-2012, and Rebecca was piano chair from 1985-2012. The endowed Penneys Garden 2008, in honor of her parents, along with Piano Lovers Patio are symbols of her rich legacy and gifts to that institution.

Rebecca made her recital debut at age 9 and performed as soloist with the Los Angeles Philharmonic Orchestra when she was 11. At 17, after winning many young artist competitions in the USA, she was awarded the unprecedented Special Critics’ Prize at the Seventh International Chopin Piano Competition in Warsaw, an award created in her honor. Additionally, she won the Most Outstanding Musician Prize at the Fifth Vianna Da Motta International Piano Competition (Portugal) 1970 and was top prizewinner in the Second Paloma O’Shea International Piano Competition (Spain) 1975. She made her New York Debut in Alice Tully Hall in 1972. In 1974, she founded the acclaimed New Arts Trio, which twice won the prestigious Naumburg Award for Chamber Music 1980 and 1982. The Trio made two USIS Cultural State Department tours of Europe 1983, 1986. Rebecca made a solo USIS State Department tour of Japan in 1980. Between 1974 and 2009 she annually made a minimum of two month-long trips abroad performing and teaching in major cities of the world. Her artistry and insight have won her a large and loyal following.

Rebecca has also held appointments on the piano faculty of the North Carolina School of the Arts in Winston Salem, NC, from 1972-1974 and at the Wisconsin Conservatory of Music in Milwaukee, WI from 1974-1980 as piano Chair.

In 2014 Rebecca made a long teaching and performance trip to South Korea, China, Hong Kong and Thailand. In 2016 she performed and taught in Colombia, and Chile. Two recent DVD’s filmed in 2015 and 2016 will be released in 2017; one has music of Brahms, Debussy and De Falla, and the other is a celebration of Chopin. She has more than a dozen current CDs on Fleur De Son Classics and Centaur Records. Rebecca divides her time between New York and Florida.