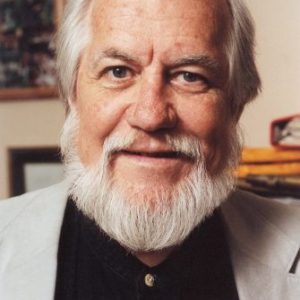 Patrick Macey is Professor of Musicology Emeritus at the Eastman School of Music, University of Rochester. One facet of his research addresses social and political functions of Florentine music under Lorenzo de’ Medici and the reforming friar Girolamo Savonarola. His book, Bonfire Songs: Savonarola’s Musical Legacy (Oxford, 1998), received the Phyllis Goodhart Gordan Award from the Renaissance Society of America (RSA). A 1992 article on Savonarola and the lauda, published in Renaissance Quarterly, received the William Nelson Prize from the RSA. In 1999 A-R Editions published his volume of Savonarolan Laudas and Motets. Another facet of his research involves study of patronage and musical rhetoric in the motets of Josquin des Prez. Articles on Josquin have appeared in the Journal of the American Musicological Society, Journal of the Royal Musical Association, Early Music, Early Music History, Journal of the Alamire Foundation, and The Josquin Companion. He has also edited three volumes for the New Josquin Edition: Josquin’s Psalm motets (NJE 15) and chansons for five voices (NJE 29) and six voices (NJE 30).

Editorial boards on which he has served include the New Josquin Edition, Early Music History, Renaissance Quarterly, and Eastman Studies in Music. He has been a member of the board of directors for the American Musicological Society and the Renaissance Society of America, and has served on advisory boards for Villa I Tatti in Florence, The Josquin Project, and the Lost Voices Project. In 1987-88 he was a fellow in Florence at Villa I Tatti, the Harvard Center for Italian Renaissance Studies, and he received a fellowship from the National Endowment for the Humanities. He served as chair of the Musicology Department from spring 2007 to 2012, and as acting chair in spring 2015. In 2001-2 he served as Acting Associate Dean of Graduate Studies. In 1990 he was honored with the Eisenhart Award for Excellence in Teaching by the Eastman School of Music. From 1990 to 2004 he conducted the Eastman Capella Antiqua; CD with Savonarolan laudas and motets was included in the book Bonfire Songs. He earned the Ph.D. from the University of California at Berkeley in 1985, and joined the Eastman faculty in the same year. He taught at UCLA in 1984-85, and in spring 1999 he was Visiting Associate Professor at Harvard University.