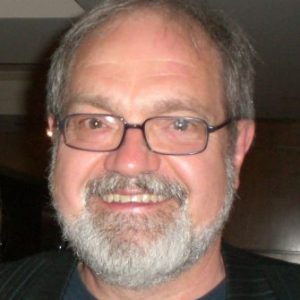 In a career spanning more than a half century Harold Danko has established himself as a distinguished pianist, composer and band leader, fortified by an impressive resume of collaborations with legendary jazz artists, at prestigious jazz venues throughout the world as well as in recordings, television and video. His work is well documented and readily available on multiple CDs and youtube clips  These include Chet Baker’s classic 1987 Tokyo concert with more than five million hits, as well as featured performances with Thad Jones/Mel Lewis, Gerry Mulligan, Lee Konitz, and on James Moody’s version of “Giant Steps”.

As a leader Harold has been featured at the Rochester International Jazz Festival, Lincoln Center’s “Meet the Artist” series, Washington DC Performing Arts Society series at J.F.K. Center, and numerous jazz festivals both in the USA and abroad.  In the 1990’s he performed with and composed for his quartet with Rich Perry (tenor saxophone), Scott Colley (bass) and Jeff Hirshfield (drums), and in 1995 received an NEA Fellowship to perform his own works in a series of concerts in New York City.  In recent years he has led a trio with Hirshfield and Michael Formanek or Jay Anderson (bass) in addition to adapting his compositions for solo piano performances, and can be heard in various formats on more than thirty CDs on the SteepleChase and SunnySide labels. Since 1980 he has earned ASCAP awards yearly for the value of his catalog of original compositions.

Danko holds Professor Emeritus status at the Eastman School of Music in Rochester, NY, where he chaired the jazz studies program for eleven years and established the Jazz Performance Workshop curriculum.  In 2007 he received a Bridging Fellowship for research in the Linguistics Department of the University of Rochester on the relationship of speech and music.  Prior to his appointment at Eastman he served on the faculties of the Manhattan School of Music, the New School/Mannes, Hartt College, and other institutions.  Harold’s featured column, “Solo Piano”, appeared in Keyboard Magazine for more than five years, and his keyboard improvisation method, “The Illustrated Keyboard Series”, is a highly regarded reference work. Beginning his piano studies at the age of five, he became serious about pursuing a career in jazz at the age of fifteen when he commenced studies with Gene Rush in Youngstown, Ohio.  After graduation from Youngstown (Ohio) State University, where recently he was awarded an honorary doctorate in music, and a stint in the U.S. Army band Harold landed the piano chair in Woody Herman’s Thundering Herd, which launched his career as a much sought after jazz musician, composer, and educator.

His newest CD, released in March 2021 on the SteepleChase label, is entitled “Spring Garden”:

“This recording documents an important step in my continuing exploration of Stravinsky’s music for purposes of composition and improvisation – in this case harvesting my own garden growing directly from the Rite of Spring. The ten pieces developed from my studies then served as springboards for further investigation and improvisation by the quartet.  My post production work sparked greater interest in finding more content to draw on from Stravinsky’s score, and since then the pieces have evolved into a kind of suite for solo piano, incorporating details that had to be left out of the quartet’s performance.  I presented an abbreviated version in 2020 at my Leap Year concert on February 29 in East Rochester and a longer version more recently at the Bop Shop in Rochester.”

A link to this performance can be found in the Media section below.

Under his own name, as leader

CDs with other artists include:

with Chet Baker:
Once Upon a Summertime
Chet Baker in Tokyo

with Woody Herman:
The Raven Speaks