Robert Hasegawa taught as part of Eastman’s Music Theory faculty from 2009 to 2012, and currently is an Associate Professor and William Dawson Scholar at the Schulich School of Music of McGill University in Montréal. Since 2012, he has offered a study-abroad course in Paris through Summer@Eastman, based on the IRCAM ManiFeste summer festival of new music—this year, the course will be online and will focus on the wide variety of contemporary approaches to composition.

What does it mean to analyze contemporary music? Many musicians who have studied at conservatories and universities find that their theory and analysis courses stop quite abruptly at around 1950: early twentieth-century techniques like the retrogrades and inversions of twelve-tone composition are covered in detail, but later developments (and particularly the new tools and strategies of the twenty-first century) are barely mentioned. We’re at a moment when new musical composition is more widespread, diverse, and fruitful than ever before—yet many musicians finish their schooling without any in-depth study of how composers are creating new works.

In my yearly Eastman study-abroad course in Paris, I’ve deeply enjoyed introducing students to world premieres of works by today’s leading composers—it’s been a unique opportunity to mix analysis and score study with live concerts and lectures by the creators themselves. The syllabus changes every year to engage with the work of featured composers in the ManiFeste concert series organized by IRCAM (Institut de recherche et coordination acoustique/musique). Through our class discussions, lectures at IRCAM’s summer academy, and live concerts, we’re able to take an immersion course in current approaches to musical creation.

Pending the resumption of the Paris course in summer 2022, I’m delighted to offer this online version through Summer@Eastman. Since there’s no concert series to shape the content of the course, I’ve had the freedom to choose from “greatest hits” of previous years as well as favorites from my teaching at Eastman and McGill. The syllabus for this summer’s online course is an attempt to reflect the vast diversity of musical creation today. 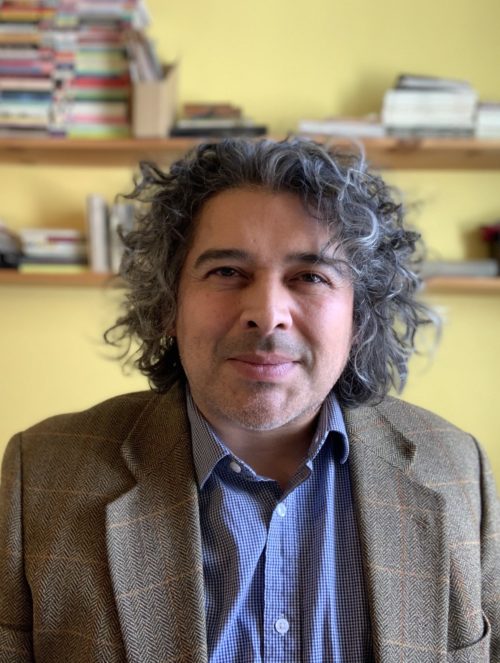 In the Paris course, there’s a deep dive into the theory and practice of spectral music: the movement that started in 1970s Paris and brought innovations from electroacoustic music and musical acoustics into the creation of new scores. We’ll look at Jonathan Harvey’s iconic tape piece Mortuos plango, vivos voco as well as music by Gérard Grisey, from the early landmark Partiels to one of his last compositions, Vortex temporum. Studying spectral composition offers tools and concepts for thinking about today’s timbre-based music, where sound color often takes over the role previously accorded to pitch. Among composers of timbre-based music, we’ll focus on Pascale Criton and Rebecca Saunders, both recently featured in IRCAM events.

Innovation in new music is not only European, of course, but global. The summer course will also explore the borders between composed music and avant-garde improvisation, with open-form and improvisational works by Julius Eastman and Henry Threadgill. Eastman’s Gay Guerrilla reimagines minimalism in a thunderous composition for four pianos, integrating pulsating textures with a pivotal quotation from J. S. Bach’s Ein feste Burg ist unser Gott. In recent works by Henry Threadgill with his band Zooid, intervallic and harmonic techniques with links to abstract serial manipulations are transplanted into an improvisational context. And we’ll also examine works by Liza Lim and Raven Chacon that explore the boundaries between musical cultures, drawing inspiration from Indigenous music of Australia and North America, respectively.

I’m looking forward to welcoming a class of open-minded and adventurous musicians for this summer course: performers, composers, theorists, and musicologists are warmly invited to apply! The pacing of the course will allow us time to engage deeply with each work on the syllabus: there will be many opportunities to make new discoveries and catch up with the creativity and innovation driving musical composition today!