Masters of a Medium: Eastman Honors the Verdehr Trio 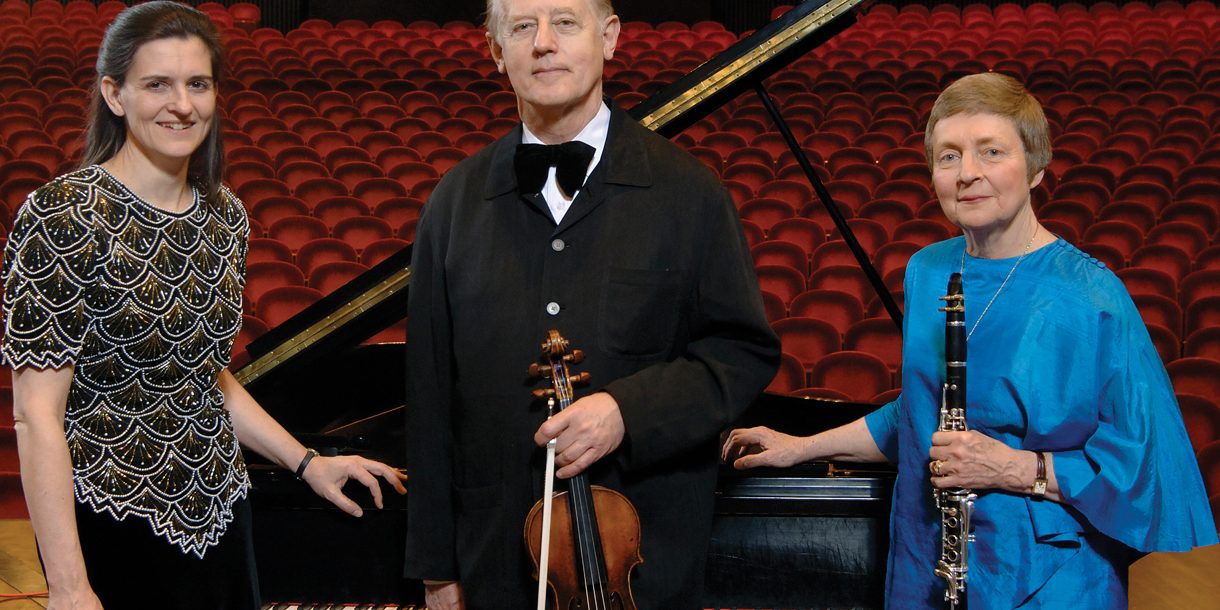 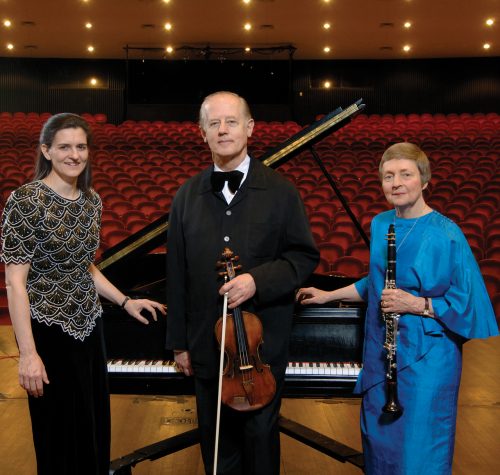 The members of an important American chamber ensemble will be recognized by the Eastman School of Music, and for several of the members it will truly be a homecoming.

On Saturday, October 5, during Eastman’s alumni weekend, the members of the Verdehr Trio will be special guests at a Morning Chamber Music concert, where they’ll be presented by Dean Jamal Rossi with the school’s Luminary Award, given to “individuals who have given extraordinary service to music and the arts at the national and local levels.”

The description certainly fits the members of the Verdehr Trio, who have created a vast repertoire of 20th and 21st century works for its chosen medium: a trio of violin, clarinet, and piano (with variations).

Clarinetist and Eastman alumna Elsa Verdehr ’58E (MM), ’64E (DMA), and her husband, violinist Walter Verdehr, founded the Verdehr Trio in 1972. The Yugoslavian-born Walter was the first violinist to graduate with a DMA from Juilliard. Elsa and Walter ended up at Michigan State University as colleagues and, in 1971, as husband and wife. 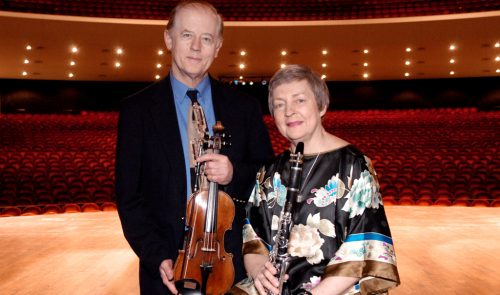 The Verdehrs saw a need for a more robust performing repertoire for a specific chamber ensemble: the violin-clarinet-piano trio, whose small repertoire included pieces by Bartók, Milhaud, Khachaturian, and a few other composers. “There were only about seven pieces that were good, and they were really good,” says Elsa. “But we could not keep playing the same music over and over. We needed to open new paths of the repertoire.” So the trio started an ambitious program of commissioning new works.

The Verdehrs estimate this has added up to about 225 commissions, including the trios by Alexander Ariutunian and Gian Carlo Menotti that will be performed at Eastman on October 5, which she calls “two of the best we’ve commissioned.”

“I give Walter full credit for this,” she adds. “He approached the composers and arranged funding and grants.”

“In the seventies, eighties, and even the nineties,” says Walter, “the process was not so codified. We would often go to composers who were not yet well known and who would be glad to write for us.” Instead of paying large fees to these composers, the Verdehrs promised to play their music repeatedly – and they kept their promise.

The Verdehrs’ remarkable concert career has taken them not only to prominent venues in New York City and Washington, but across the country and throughout Europe, Asia, and Australia. Elsa and Walter are currently involved in a five-year project that will including writing a memoir and organizing all the information about the works they have commissioned and performed. 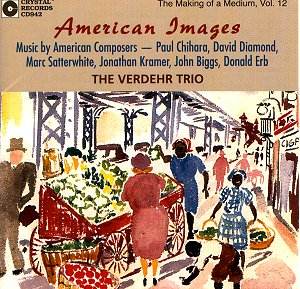 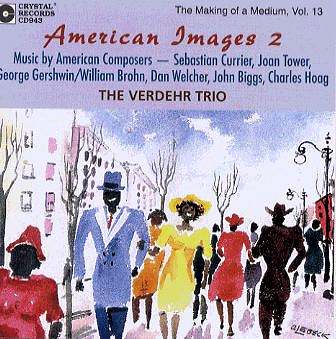 Many of these pieces were published and recorded – Walter estimates they’ve made 28 CDs for Crystal Records, with two more still being prepared – and included in a video series called The Making of a Medium. For their creation and promotion of this music, the Verdehr Trio received a Creative Programming Award from Chamber Music America and an Adventuresome Programming Award from ASCAP and Chamber Music America. Elsa says she’s “incredibly honored and delighted” to be returning to Eastman to add the Luminary Award to this list.

“It was my home for four years,” says Elsa of Eastman, where she studied with the legendary Stanley Hasty: “a wonderful teacher; anybody else who studied with him will say that.”

Her happiest memories of Eastman include performing in the Philharmonia under Howard Hanson, and concerts and recordings with the Eastman Wind Ensemble (EWE) under Frederick Fennell; two of her fellow EWE clarinetists went on to prominence, Peter Hadcock with the Boston Symphony and Larry Combs with the Chicago Symphony (both ‘61E).

In nearly five decades of existence, from 1972 to 2015, the Verdehr Trio has had only three pianists, all of them Eastman graduates: David Renner ’60E, ’65E (MM), Gary Kirkpatrick ’62E, and Silvia Roederer ’80E. All four alumni, along with Walter, will be returning to Eastman for the Luminary Award, and a concert featuring faculty members Renée Jolles (violin), Michael Wayne (clarinet), and Andrew Harley (piano).

“I hope it’s not immodest to say that I think we’ve made a real impact on the musical world,” says Elsa, to which Walter adds, “We just wanted to create and perform as many good works as possible.”

Excerpts from the Verdehr Trio’s Making of a Medium video series are available on YouTube. They include complete performances and interviews by Walter with the composers. Here are two for the works to be performed on October 5 at Eastman: