Composer August Read Thomas’ BRIO will be performed by the Eastman Philharmonia on Friday.

On Friday, February 1, at 7:30 p.m., the Eastman Philharmonia will present an exuberant program in Kodak Hall. Philharmonia is Eastman’s top orchestra, comprised of upperclassmen and graduate students, and will be led by Associate Professor Brad Lubman. This evening’s program is quite unique in that every piece was composed since the turn of the 20th century, including works by Claude Debussy, Dmitri Shostakovich, Augusta Read Thomas, and the late Oliver Knussen.

Philharmonia is typically led by Professor Neil Varon, who is on Academic Leave for the spring semester. Lubman is the director of Eastman’s new music ensemble, Musica Nova, and has decided to fill in as one of several replacements for Varon despite also being on Academic Leave this semester. He started teaching at Eastman in 1997 and began his tenure conducting Philharmonia once or twice a year. He now works with them every few years, the last time being in 2014. Lubman says that he “always aims to include one major work from the early part of the 20th century,” and this year that includes Debussy’s masterpiece, La Mer.

La Mer was composed between 1903 and 1905 by Claude Debussy, and was described by the composer as three symphonic sketches that each draw inspiration from “the seascapes available in painting and literature.” As with most art drawn from the impressionist era of the early 20th century, La Mer seeks to invoke feelings associated with the act of gazing upon images of the sea, through the use of a variety of techniques that could be described as “musical onomatopoeia.” La Mer holds a particularly special place in the Eastman community, as the Sibley Music Library is home to one of three original, handwritten manuscripts of Debussy’s masterpiece. Marie Rolf, Eastman’s Associate Dean of Graduate Studies, has also published numerous works on the life and music of Debussy, including a critical edition of La Mer. 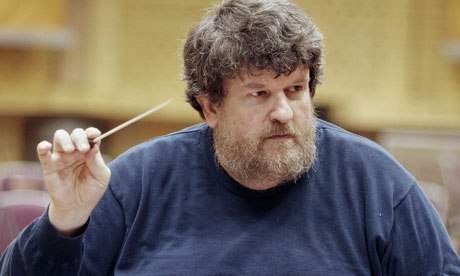 Friday’s program will also include the colorful and boisterous Flourish with Fireworks by Oliver Knussen. Lubman and Knussen shared a powerful musical connection, but unfortunately the composer passed away this past summer. On his relationship with Knussen, Lubman shared, “I was the assistant conductor to Oliver Knussen at the Tanglewood Music Center for their Festival of Contemporary Music, from 1989-1994.  He was a very important mentor and friend to me, as I know he was for countless musicians. Sadly, he passed away suddenly this past July. I wanted to add pieces of his to various programs of mine this season, in his memory, hence I added his Flourish with Fireworks to this program. Knussen loved the music of Debussy, particularly La Mer. When Knussen was the Howard Hanson Visiting Professor here in 2010, he wanted to be sure to visit Sibley and see Debussy’s manuscript of that masterpiece.”

Lubman shares a similar connection with another composer on the program, Augusta Read Thomas. “It was at Tanglewood that I met composer Augusta Read Thomas, in 1989. She was a fellow in composition there, and I had the opportunity to conduct a couple of works of hers that summer.” This Friday he will be conducting her BRIO for orchestra. The piece is described by the composer as “Whimsical and light, at times jazzy, at times layered and reverberating…Throughout the kaleidoscopic journey, the work passes through many lively and colorful episodes and, via an extended, gradual crescendo, reaches a full-throttle, sparkling intensity — BRIO culminates in music of enthusiastic, intrepid (almost Stravinsky-like) spirits while never losing its sense of dance, caprice, and effervescence.” Composed in 2018, BRIO is sure to serve as a wonderful complement to Knussen’s Flourish With Fireworks. Lubman states, “there’s a connection between Knussen, Thomas, and myself that I felt was like a bit of a mini-celebration on this concert.”

The fourth piece on the program will be Dmitri Shostakovich’s Concerto No. 1 for Trumpet and Piano. This lighthearted double concerto will feature students Sohee Chung, piano, and Stephanie Anderson, trumpet, and will be conducted by graduate conducting student, Zeke Fetrow.

This performance on Friday, February 1, 2019 is free and open to the public. 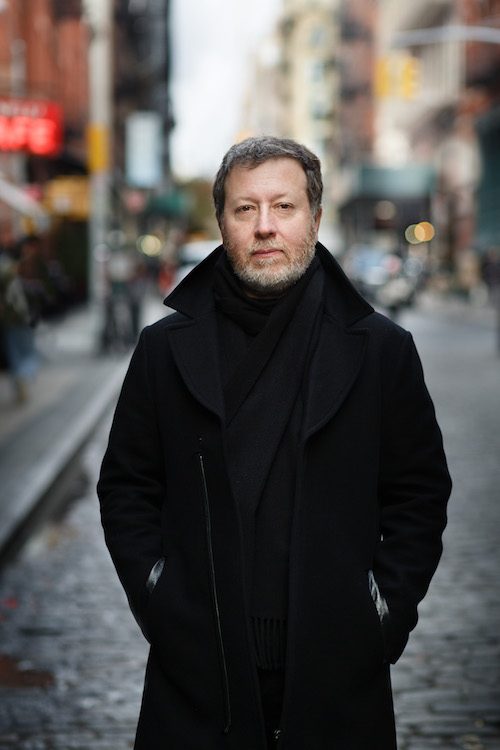 Andrew Bockman is a master’s student in percussion performance and an Eastman student blogger.