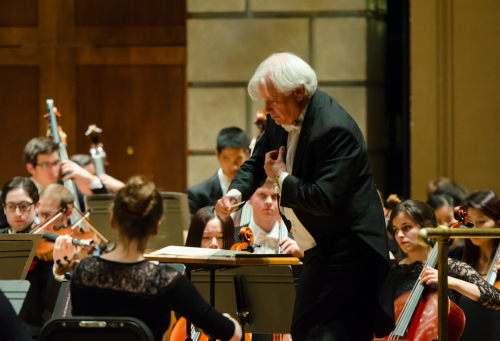 On Wednesday, September 26, 2018 at 7:30 p.m., the Eastman School Symphony Orchestra and the Eastman Philharmonia will be presenting an eclectic program taking the audience on a journey to Italy, France, and Austria, all led by Maestro Neil Varon. No matter where your tastes lie, this concert is certain to have something for everyone.

When asked about how he went about choosing this unique program, Maestro Varon went on to speak about the connecting threads that link the works together. The first half of the concert deals solely with the operatic genre, opening with Verdi’s overture to La forza del destino. The main work of the concert – Bizet’s Carmen Suites 1 and 2 – is perhaps known as one of the greatest French operas, which is linked in style to the finale of the concert, Ravel’s second Daphnis and Chloe Suite. 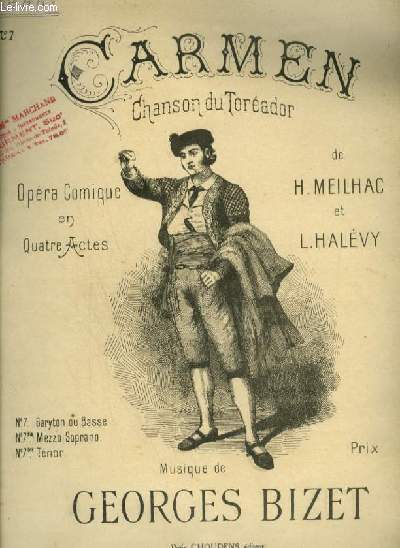 The Carmen Suites consist of orchestral music assembled by Ernest Guiraud after Bizet’s death in 1875. Guiraud was a very close friend of Bizet’s, having already written the recitatives for Carmen. It is no surprise then that the suites remain very close to Bizet’s original orchestrations. While the original Carmen Suites for orchestra do not include any notated voice parts, having the talented Eastman vocalists participate in the concert not only provide invaluable opportunities for singers to perform with orchestra, but also brings the performance closer to its original version. Selected arias will include the “Habanera,” sung by Maria Vasilevskaya, “Seguidilla,” sung by Kathie Kane, “The Gypsy Song,” sung by Maria Vasilevskaya, Alexis Peart, and Peiqi Huang, “Toreador,” sung by Michael Aiello, and, “Je dis que rien ne m’épouvante,” sung by Rosie Kearin.

The evening’s program also includes Mozart’s Piano Concerto No. 20 in D minor, which was composed and first performed in 1785 by the composer himself. Wednesday’s soloist will be Huiming Ye, piano.

“Mozart in my opinion is such a key figure as a composer for all of us, and I find he fits on all different kinds of programs,” says Maestro Varon. “With his unique sense of tragedy and the comical, this piece takes the listener through the darkness and back into the comical at the very end, almost poking fun or negating the tragedy of the opening movement. Might he have been pulling our leg, or playing with our emotions in the opening two movements? Only to thumb his nose at it all and in his own way saying, ‘Gotcha!’ It’s a typical Mozartian psychodrama, with the arch comedian getting the last laugh.”

The program starts and ends with highly colorful pieces that demonstrate the qualities and artistry of the the Eastman Symphony and Philharmonia. “It is always a treat to conduct both orchestras of the school on the same night and encourage each of them to enjoy their counterpart’s performances,” says Maestro Varon. It will surely be a treat to listen to them both on the same night as well.

This event is free and open to the public.