Summer by the Numbers: Summer at Eastman 2018 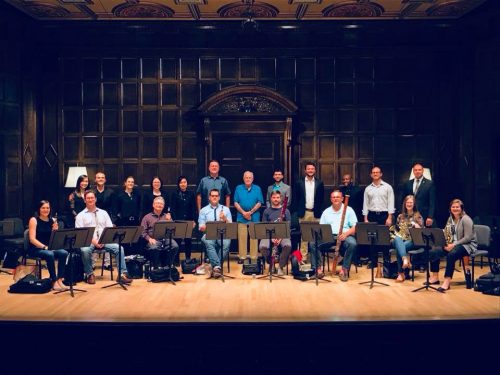 It’s time once again for our annual “summery summary”! We definitely put the 40 days of Summer@Eastman 2018 to good use. Here are some numerical highlights of the season. Many thanks to all the faculty and staff who helped compile this list!

8 is the number of musicians in a traditional Harmonie ensemble (2 oboes, 2 clarinets, 2 bassoons, and 2 French horns). A Harmonie ensemble of Rochester Philharmonic Orchestra wind players performed in 3 days of rehearsals and recording sessions for the 10 student conductors of our first-ever Summer Wind Conducting Institute (led by Maestro Mark Scatterday).

1 is for the debut of the Institute for Music Leadership’s Eastman Leadership Academy, a program for current collegiate music students. The group of 21 included 4 students from Eastman’s new M.A. in Music Leadership Program and 1 Eastman alumna.

From distilleries and rehearsal spaces to concert halls and cathedrals, Summer@Eastman performances were held in 11 venues this year (at Eastman, around Rochester, around Keuka Lake, and in San Francisco).

240 is an estimate of the total feet of tubing in all the trombones (tenor and bass) played by students and faculty at this year’s Eastman Summer Trombone Institute. 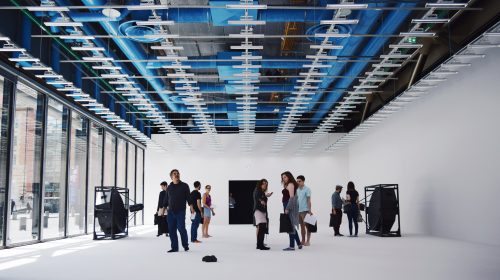 29 is the number of world-premiere performances attended by students in Theory and Analysis of Contemporary Music: Study Abroad Course in Paris at IRCAM’s ManiFeste-2018 this June. In addition to all the coursework, lectures, and concerts, the class also visited 11 Paris museums and galleries, took approximately 680 Métro trips, and enjoyed 51 delicious crêpes (note: this is the reported total only–actual crêpe count may have been higher).

Happy 27th anniversary to the Orff Schulwerk Teacher Education Course! 584 is the total number of students who have taken Orff classes at Eastman since the summer program began in 1992. Many students attend more than once to complete multiple levels: 104 students have completed all three levels of Orff training at Eastman.

15 Eastman students (from 5 countries) participated in the University of Rochester ONCampus Intensive English Program (ESL) for 8 weeks during the summer. We estimate they traveled a combined total of 95,000 miles to get here!

The 21 higher music education arts administrators who attended the Eastman Leadership Conference hold at least 16 different job titles between them. The most common musical instrument among ELC participants: saxophone (Jim Doser and Jamal Rossi, who both presented at ELC, are saxophonists as well).

2 is the number of skeletons who lent a hand (and a leg, and a shoulder) during Alexander Technique for Musicians as students learned about optimal posture and alignment. Instructor Katie Fittipaldi reports that “Mr. Bones” and “Mr. Moustachio” were well-behaved and always willing to help.

1516 is the date of the “newest” piece performed by students in Singing Gregorian Chant and Renaissance Polyphony – San Francisco this summer (the oldest work was from the 9th century). Students sang in St. Dominic’s Catholic Church (dedicated 1873).

652 is an estimate of the total number of pedals on the 23 organs used by students in the Summer Academy for High School Organists. The largest instrument, a four-manual Austin organ at Third Presbyterian Church, has 79 ranks (individual families of pipes).

293 is the total number of singers who participated in this year’s Summer Sings (community choral reading sessions open to the public, led by William Weinert). The best-attended Sing this summer: Haydn’s Creation (82 singers, plus 12 student conductors from the Eastman Choral Institute, 3 onstage soloists, 1 very busy collaborative pianist, and 1 worm).

52 is the number of performances on this year’s Summer concert calendar. Admission to 33 of those concerts was free. 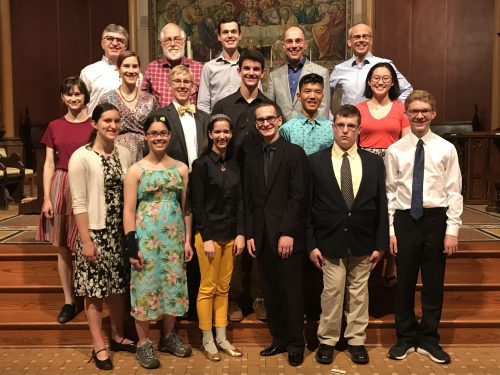 Students and faculty from the Summer Academy for High School Organists (we love the gold organ shoes!). Photo by Sylvie Beaudette.