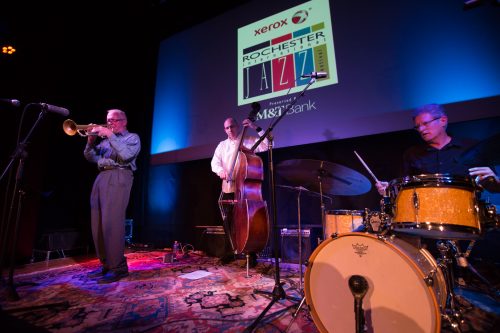 This Wednesday, July 11, at 7:30 p.m. in Kilbourn Hall, Trio East & Friends will be performing as a part of the Summer@Eastman concert series. Following this performance, the trio will be playing at Via Girasole Wine Bar in Pittsford, New York, on August 24.

I spoke with two members, Thompson and Jenkins, to discuss the trio’s history and success, as well as understand the stories behind the musicians. 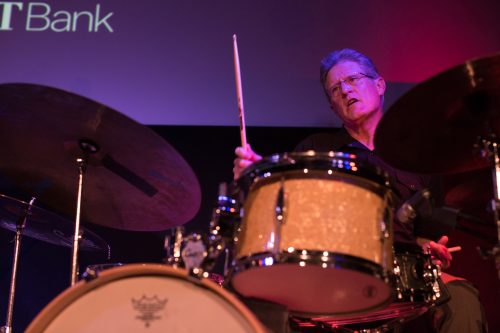 First, if you could just tell me a little bit about Trio East?

Rich Thompson: Well, Trio East started 18 years ago when Clay moved here from LA to be the new Jazz Trumpet instructor. We were playing as a quartet with the pianist Harold Danko, but we couldn’t find enough venues that had a piano. We had so much fun playing, we just decided to go as a trio.

Is there a specific reason that you started the group or did you just enjoy playing together so much?

Clay Jenkins: I think that’s it. We’ve done some stuff on the road too, in California, and taken some tours around the state. We’re really good friends, and it’s also an outlet for some of our compositions. We live close together, so we get together to play all the time; last night we played at my house just for an hour.

RT: Sometimes Clay and Jeff come to my house, because we didn’t need a piano, it makes rehearsing really easy. We can just go into one of each other’s studios at Eastman and rehearse if we want.

Plus, Trio East has been a nucleus for adding other instruments. On our last recording, For the Love, we added Harold Danko on piano and Larry Koonce on guitar. On Wednesday night’s concert we’ll add Bob Sneider on guitar, Dariusz Terefenko on piano, and Charles Pillow on sax. This nucleus of our group is very easy to expand when the situation arises.

What is your favorite memory of performing together?

RT: Often in a group, you’ll get a person that’s trying to control the music, and take it where they feel comfortable. But I think the three of us challenge ourselves to make it different every time we approach it or play it. That’s a true improvisatory nature, even though we have the structure of the tune and the chords and the form. 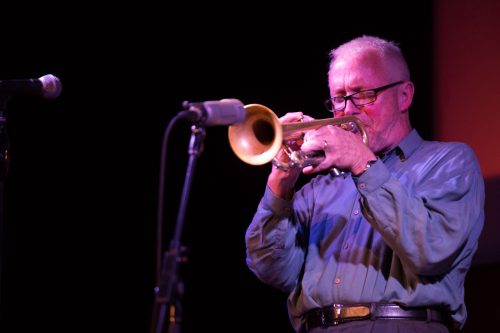 How did you choose the specific instruments that you specialize in?

CJ: In my case, my father and my brother played trumpet, and I didn’t have any choice in the matter whatsoever. But I’ve always really liked it, and found it the only thing I was ever good at, really. It kind of found me. My dad was sort of a jazz musician in his own way, so that’s what brought me into it. I was about 11 or 12 when I started.

I took it home and my parents were embarrassed. They called the parents and said, “If you’d like, we can send him right over with this snare drum and they can trade back.” That little boy’s parents said “No, keep that snare drum!”

I started playing that snare drum along with the bands on television. One day I was playing and using my mom’s photo album on the coffee table as my cymbal. I looked down after I played for a little while, and noticed I had knocked a bunch of holes in the top of her nice photo album. When she got home, to my parents’ credit, she was angry with me. But instead of punishing me, they bought me a little cymbal and stand, and just let me go with it.

Both of you are professors at Eastman as well as performers. What’s the most rewarding aspect of each and what’s the most challenging?

CJ: The rewarding part for me is that all of us are still growing, for as long as we’ve done this. My students are always bringing in new styles and new players, so I feel like I’m still a student; and I’m playing with really great players, my colleagues, on a frequent basis.

I feel like I need teaching and playing, so the challenge is that sometimes it’s a little hard for us to get away. It’s such a great situation here [at Eastman]; they actually really like it when we go and perform, so we still perform a lot. Just having enough time to get it all in and keep our families together can be a challenge.

RT: I think the most rewarding thing is that the relationships we build with our students don’t just last four years. These students are emailing and Facebook messaging me, and we are keeping up with these guys, because a great percentage of them have very good careers in music. Sometimes we have them back as guest artists because they’re doing so well. I think that we care for those students, and they know we want them to succeed. 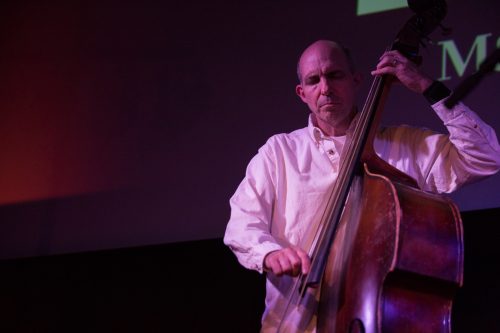 What drew you to teaching over just performance?

CJ: Both of my folks were college professors, and I’ve always liked the atmosphere of the college. We’re not isolated; it’s artists being around other artists, which I think is very invigorating.

What message do you hope your music sends to audience members and listeners?

Also, it’s a conveyance of a humble purpose. I think we’re all really humble; we’re still students, we’re still trying to get better. We don’t consider ourselves great masters or anything like that, but we’re confident. We all share the fact that we have something to contribute and we want it to be profound, not trite. When we play, we’re serious about it.

RT: Sometimes you can tell when musicians are going through the motions. We’re trying to connect with something greater than ourselves; something to transcend all those daily things that we do.

Art Blakey had this great saying that I latched onto a long time ago: that music washes the dust of everyday life from one’s feet. When people come out of our concerts, I hope they feel this wave of something spiritual — in the most humane sense — and positive, and yet reflective. I hope they get all of those qualities when they leave us, and don’t have to think about all the other things that weighed them down all day.

Lastly, what can we expect from your upcoming concert?

RT: We have four records out, and we’re going to play a little something from each one of those periods. Our first record was done around 2001, and then we did another record around 2006, and one in 2014. We’re always trying to expand upon what we’re already doing, so we’ll be playing stuff that we’ve already recorded, as well as playing some new stuff.

Summer@Eastman presents Trio East & Friends this Wednesday, July 11, at 7:30 p.m. in Kilbourn Hall. For information about the show and ordering tickets, click here.