The Boys (and Girls) of Summer: A Tony Caramia Recital with an English Accent 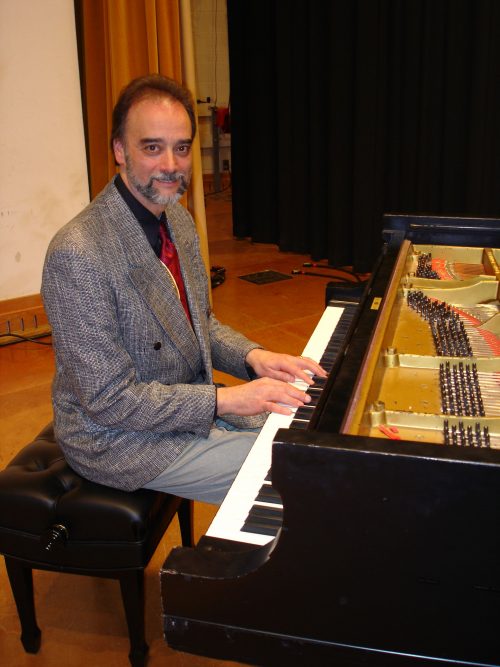 Tony Caramia at the keyboard

Eastman Professor of Piano Tony Caramia moves easily between the classical and jazz worlds, and has a talent for seeking out unusual and historically interesting repertoire. For many years at Eastman, he has given eclectic, imaginative recitals, carefully-thought-out programs which not only combine classical music and jazz, but also often incorporate words or images that enhance the purely musical experience.

For this Wednesday’s Caramia recital in Hatch Hall, Tony’s theme is “A Summer Evening in England.” One would expect musical works with “summer” in their titles to have a placid, serene quality, and Caramia thinks a few of the pieces on his program do just that. But there will be, as always, lots of variety.

“I like music that has a harmonically rich sauce, full of surprises,” says Caramia, and that is an apt description of the music on “A Summer Evening in England”. (By the way, one advantage of interviewing Caramia in person is that he illustrates his comments at the piano, playing passages of the pieces.)

Several years ago, Caramia gave a solo recital titled “Summer Evening.” The program included two unusual short works with that title, by British composers Roger Quilter (1877-1953) and John Ireland (1879-1962). “I got to wondering if there were other piano pieces by British composers with the word ‘summer’ in the title – enough to make a program,” he explains. He googled “English composers” and “summer,” and was off on a fruitful search.

Caramia describes Quilter’s Summer Evening, which will begin his recital, as “having that luscious, beautiful, ‘ahhh’ quality.” (He plays a bit of it on the piano as he speaks, and he’s absolutely right.) 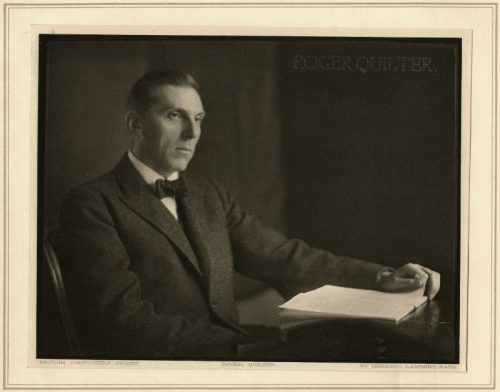 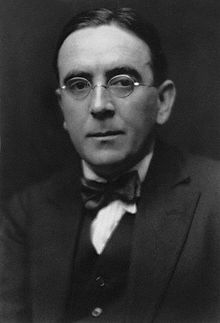 Roger Quilter (above) and John Ireland

Quilter and Ireland were prominent names in British music during their lifetimes, as were two other composers on the program, Frank Bridge (1879-1941) and the Anglo-Irish Ernest John Moeran (1894-1950). (Bridge and Ireland were teachers of Benjamin Britten.) In his research, Caramia also discovered a delightful piece called Ambleside Days by John Taylor, a British jazz pianist he’d never heard of (he died in 2015). (Ambleside is a region of England comparable to New York’s Finger Lakes.)

“I asked several jazz players about him and not one had heard of him. [Taylor died in 2015.] Turns out he was a brilliant jazz pianist – as if Chick Corea and Keith Jarrett had a son together.” He is taken with Taylor’s harmonies in Ambleside Days: “there’s a different chord in every measure.”

Caramia eventually added a few words to his Google search, and a couple of interesting discoveries to his program. “Almost all of our concerts feature music exclusively by what I call ‘DWG’ – Dead White Guys. Music by women is woefully under-represented on our concert programs. So I also looked under ‘living English women composers.’” Among the pieces he found were an American Dance by Madeleine Dring (1923-1977) – an unpublished piece so obscure that he had to procure the music from Dring’s biographer – and even more interesting, a Song Without Words by the very-much-living Cheryl Frances-Hoad (born in 1980), which he calls “a perfect piece, luscious” (as a few bars played by him at the piano prove).

“I asked her to send me a copy (as it was unavailable and unpublished). She was delighted to and in a matter of minutes, there appeared a pdf. I brazenly asked her if I could retitle the piece (for the purposes of this concert only) and she graciously said yes! So it became Evening in the Moors, to go along with the English theme.”

One more female name on the program will be very familiar to Rochesterians: the great jazz pianist and composer Marian McPartland (1918-2013), who had a long association with Eastman. (She willed her piano to Eastman; it is now in Caramia’s studio.) Caramia describes McPartland’s Castles in the Sand, from 1967, as “a bright, Broadway-type tune”; the jaunty melody was in fact provided with lyrics by Broadway composer Walter Marks (who wrote the 1960s hit song “I’ve Gotta Be Me”), which Caramia will recite before playing the music. 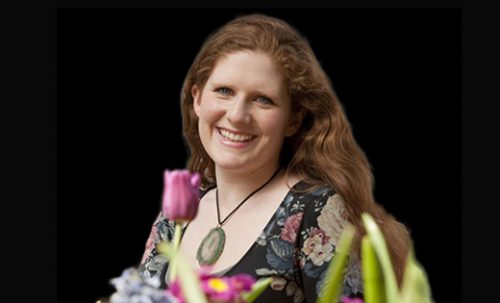 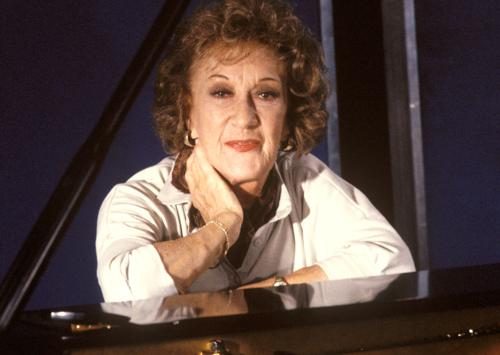 Cheryl Frances-Hoad (above) and Marian McPartland

Caramia will be joined for Richard Rodney Bennett’s Summer Music by Annette Farrington, a Rochester-area flutist whom the pianist got to know during appearances as a soloist with the Penfield Symphony Orchestra. Earlier this year, they played a flute and piano recital at Asbury First United Methodist Church, and when Caramia planned this summer recital he invited her to perform in Hatch Hall – so this will be Farrington’s solo debut performance at Eastman.

Bennett, who died in 2012, may be best-known to Americans as an Oscar-nominated film composer (Nicholas and Alexandra, Murder on the Orient Express) and a jazz pianist, but he was also a prolific composer of “serious” music, some of it in quite an uncompromising style; but much of it, like Summer Music, is in a relaxed and tuneful style.

A British native is taking part in this “Summer Evening in England”: Helen Smith, Eastman’s director of recording and technology. Caramia originally asked her to read the opening “fire exits and cell phones” warning with her British accent, as an amusing touch, and the two of them came up with the idea of including readings in between the musical works by such notable British authors as Charles Dickens, John Clare, and Emily Brontë. As it happens, says Caramia, Helen Smith and composer Cheryl Frances-Hoad grew up only about 40 miles apart from each other.