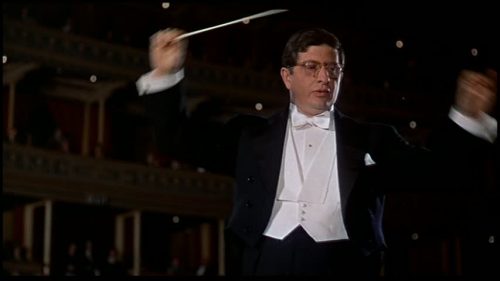 Bernard Herrmann, shown in Hitchcock’s The Man Who Knew Too Much

This Monday, January 29, Eastman offers the opportunity to go to a concert and to the movies, when the Empire Film Music Ensemble, collaborating with the Eastman School of Music’s Beal Institute of Film Music and Contemporary Media, presents an evening of music by one of Hollywood’s great composers, Bernard Herrmann. The free concert takes place in Kilbourn Hall and begins at 8 p.m.

Herrmann (1911-1975) wrote a symphony and an opera based on Wuthering Heights, among other “serious” works; but he got his start composing and conducting music for CBS Radio in the 1930s, and he is best-known as a truly great composer for movies, particularly his collaborations with Orson Welles (Citizen Kane and The Magnificent Ambersons) and, even more, with Alfred Hitchcock (Vertigo, Psycho, North by Northwest, The Trouble with Harry, and several other films). In his later career Herrmann joined forces with directors Francois Truffaut (Fahrenheit 451), Brian DePalma (Obsession), and Martin Scorsese (Taxi Driver, his last score).

Herrmann’s remarkable, “psychological” music reflects the action and emotions on the screen perfectly, but because of its solid musical qualities and imaginative scoring, stands on its own as a compelling listening experience, says current Eastman student Max Berlin, a jazz composition major who devotes a lot of his time to film music and one of several students who are putting this unique concert together. 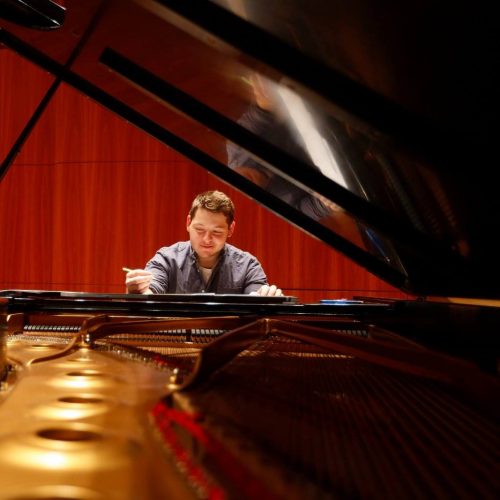 “Herrmann was a fantastic musician and composer,” says Max. As a conductor, Herrmann promoted film music by recording a number of albums of film music by himself and other composers in the 1960s and 1970s. Similarly, Max says, Empire Film Music Ensemble has produced several different concerts devoted to film and TV scores in the last few years. In 2014, the ensemble was led by Emmy Award-winning composer (and Eastman alumnus) Jeff Beal (Monk, House of Cards) as guest conductor.

The concert brings together Eastman and non-Eastman musicians performing music by Herrmann for a number of different combinations: from a score for a 1960s Twilight Zone episode scored only for two harps, celesta, and bass clarinet, to the “Storm Cloud Cantata” for chorus and orchestra – a collaboration with the Australian composer Arthur Benjamin — leading to the climax of Hitchcock’s The Man Who Knew Too Much (1956). In this concert, the visuals accompany the music – there will be individual shots and short passages from the films, but the emphasis is on the music.

The evening will be hosted by Beal Institute director Mark Watters and includes student conductors from the Beal Institute: Max himself, conducting the Twilight Zone music; Grant O’Brien conducting the Hitchcock scores Vertigo, Psycho, and The Man Who Knew Too Much; and Jake Denny leading his new arrangement of music from Taxi Driver. “The quality of his music reflects that it should be treated as legitimate concert repertoire,” says Max. “He was not just a great film music composer, but a great composer, period.”

“I’m very excited that we are honoring and celebrating film music,” Max adds. “We want people to play, listen to, and appreciate all kinds of film music beyond Bernard Herrmann.” 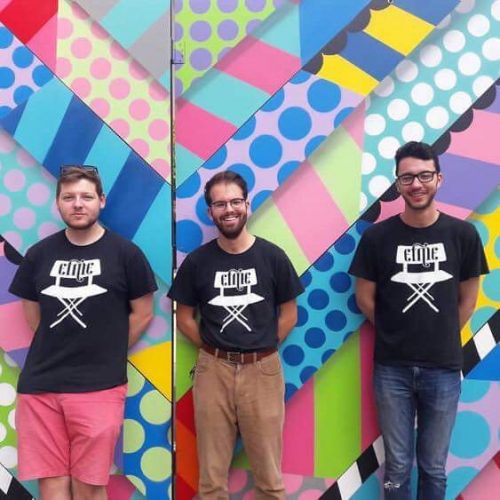 Empire Film Music Ensemble (EFME) was founded in the fall of 2013, pursuing a dream to perform film music in concert settings. Now, the ensemble aims to strengthen the value of film music as legitimate concert repertoire through education, community outreach, collaborative performances, and recordings of artistic merit.

The Beal Institute, named for Emmy-winning composer Jeff Beal and vocalist Joan Beal, will provide students with instruction and experiences preparing them for the increasing and evolving opportunities to write, produce, and perform music for film and visual media. 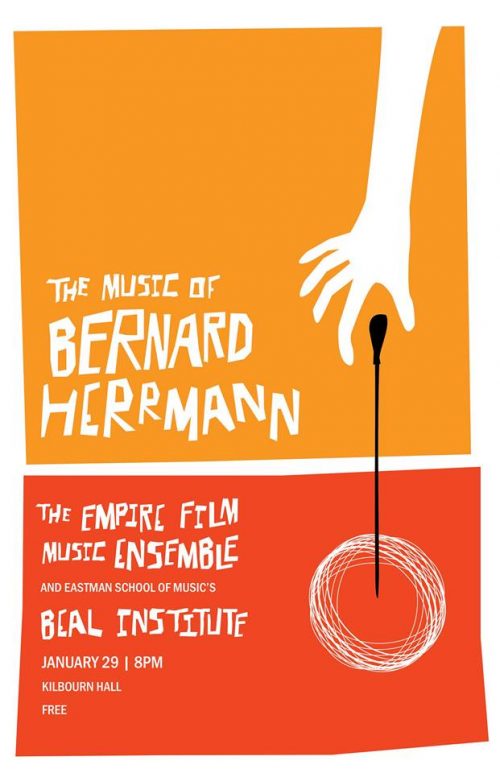