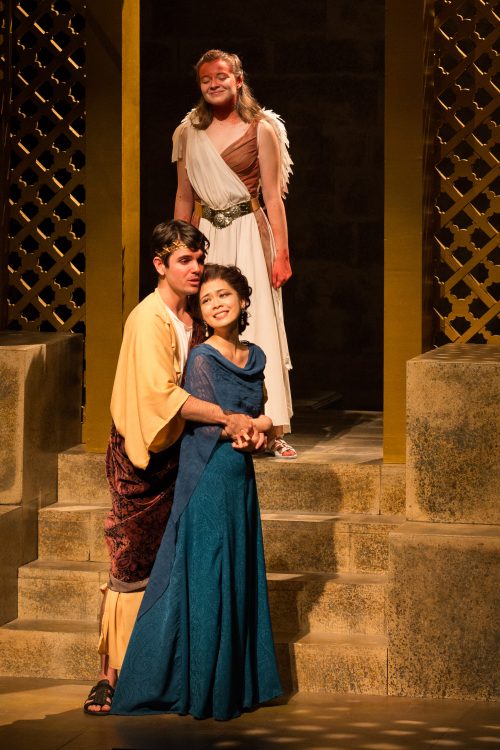 This weekend, Eastman Opera Theatre presents a true masterpiece of baroque opera: Claudio Monteverdi’s L’Incoronazione di Poppea (The Coronation of Poppea). The production features stage direction by Stephen Carr and musical direction by Paul O’Dette. This is the second blog post by Master’s student in voice Kameron Ghanavati, one of the students playing Nerone in the production, about the opera and his preparation.

As opening night dawns on the cast, Laura Sanders (MM ‘18) perfectly sums up the Eastman Opera experience, “what makes Eastman productions so special is having a cast full of reliable colleagues who foster a safe and supportive atmosphere.” As a cast, we have successfully maneuvered the set and wiggled into our costumes and shoes, all while sharing laughs and jokes backstage that remind us we are among friends and colleagues.

Therese Carmack (MM ‘18) further sums up the experience very well by commenting, “I’ve enjoyed learning to sing Monteverdi with the help of the incomparable Paul O’Dette and working with our brilliant and ever-patient director, Stephen Carr.” The faculty are the true unsung heroes of this production, for they are the ones who see us stumble and help us get back on track and figure out how to work through the difficulties presented in any piece. We are forever grateful for their hard work and patience.

The last week and-a-half marked a major milestone in the production process as the cast moved into Kilbourn Hall. From the moment we laid our excited, albeit tired, eyes on the set, a sense of amazement overcame us. Throughout the next few days, lightning cues were completed, the continuo (Baroque accompaniment) added more instruments, and we finalized our costumes. Suddenly, the production was in a new place that stimulated our eagerness for opening night. Through many grueling hours of rehearsing and time spent revisiting and fixing mistakes, the production has finally come together.

Even after 374 years, “Monteverdi’s music speaks so clearly,” says Brianna Robinson (MM ‘18) “We as artists are so lucky that we have access to such a historically important piece and even luckier to put our own voices into the characters. This experience will be something I never forget.” Brianna’s quote is a testament to the overall feeling of the cast. The music may be from the early 17th century, but the plot is more relevant now as it was in 1643 at the premiere. Many students have developed their character effectively as a result of this.

As the production nears its close, I can’t help but reflect on Henry Dean’s (BM ‘19) comment, “I am proud to perform in L’incoronazione di Poppea with such a dedicated group of musicians, performers, and crew.” Despite the many challenges we faced learning a new style of music, the cast and crew are ready to present an awesome production beginning tonight! 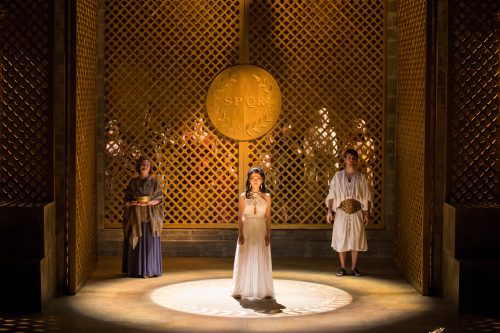