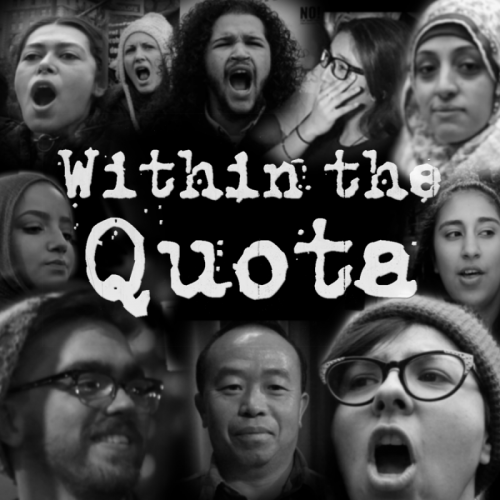 TableTopOpera performs Within The Quota, a musical exploration of a young Cole Porter’s “protest ballet” about the United States’ “Emergency Quota Act” of 1921. TableTop’s unique multimedia format will be showcased in Dryden Theatre at the George Eastman House during the KeyBank Rochester Fringe Festival on Tuesday, September 19, at 7:30 p.m.

Comic book. Opera. Besides being common interests of fans of the arts throughout the world, these two things are rarely mentioned in the same sentence. But TableTopOpera, arguably the Eastman School of Music’s – and Rochester’s – most unusual musical multimedia ensemble, takes it one step further. They produce productions they call “comic book operas,” with instruments but without singers. They usually perform twice a year, each show in a similar format, and then they play during the Rochester Fringe Festival to musically discuss a socially relevant, and tough, issue.

“It’s a ridiculous idea,” said Matthew Brown, Professor of Music Theory, with a beaming, mischievous grin. It’s one of his go-to phrases in describing TableTopOpera, and there is no doubt. Part of the appeal of the ensemble is that the creators, mostly Brown and technical designer Christopher Winders, understand that the ensemble is “ridiculous,” and that makes it all the more fun and enjoyable. They even go so far as to list the biographies of everyone in TableTop as “rap sheets,” and to make t-shirts that resemble rock band tour shirts. To that end, by presenting comic book operas and performances based on socially relevant issues, TableTop has another goal.

“I think we learned that we wanted to make classical music appeal to people in way that didn’t dumb it down, but presented it in a format they could process,” Brown says. “We don’t see it as replacing the (original piece), but rather working in conjunction with it so one can know what the opera is about before you go and see it … We try to make it as much like a movie experience as possible.”

There are huge number of moving parts to TableTop – the web of its funding sources, the rehearsal and performance scheduling, technical involvement, partnerships with national and international universities and institutions, to list a few – that keep it going, and coalesce into a superior product. But how did it all get started, and what exactly is a “comic book opera”?

Brown and Winders crossed paths at Eastman in 2012, when Brown was trying to organize an event to celebrate the 150th birthday of Claude Debussy (Brown has written three books on Debussy), and couldn’t find the best way to do it himself. He crossed paths with Eastman alumnus Winders (who earned a PhD in composition), who describes himself as “the go-to guy when something needs to be plugged in.”

“We needed to find a solution to a problem,” said Winders, on the first TableTop comic book opera production: Pelléas Redux, which married the music of Debussy’s opera Pelléas et Mélisande to a comic-book version of the drama by P. Craig Russell. With help from the late Dean Douglas Lowry, and an ensemble of Brown’s friends, they staged their first show.

The final result looked very similar to how it does today, even down to the musicians. At a TableTopOpera performance, the video – comprised of photos, video clips, and text — plays on a screen above the musicians. At every show, the ensemble takes center stage. Under all the lights, the audience sees what the orchestra is doing at all times. The video and the live music are coordinated by Brown and Winders; the two have it down to a science, so the musicians can play along with very few rehearsals.

Brown and Winders arrange all of the music for the eclectic ensemble. Playing a “distilled” version of the original scores, they occasionally add new material. This go-around features some of the same players as the original Pelléas show: Frederico Agostini on violin: pianist Albert Kim, keyboardist Darius Terefenko, James Van Demark on bass, Jim Thompson on trumpet, Griffin Campbell on sax, David Ying on cello, and Jackson Courtwright on trombone.

While it may sound like a lot to take in, Winders points out that anyone seeing an opera not in their native language would be splitting their attention between super titles and the action on the stage. Since their Pelléas, TableTop Opera has also tried musical genres other than opera, producing its version of Mahler’s Kindertotenlieder (Songs on the Deaths of Children), and the multimedia shows Echoes of ’64 and Scarred by the Somme, a meditation on the centenary of World War I. 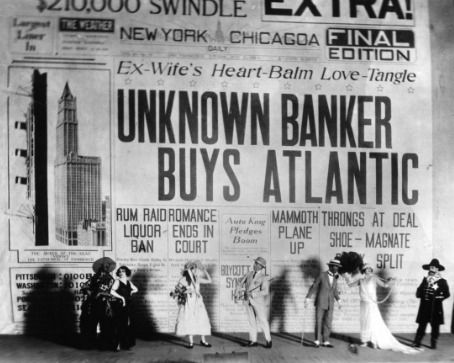 A scene from the original Paris production of Within the Quota, 1923

How did Table Top Opera come across this rare Cole Porter score, his only extended classical work? “I’d been working for E.B. Marks Music for a while, doing the scores of William Bolcom,” says Winders. “He and another composer, Richard Rodney Bennett, had come across the original manuscript for Within the Quota, in pieces. They put together a new version for two pianos, and I was asked to do the engraving for it.”

After some research, Winders brought the score to Brown, and the two arranged the music for their ensemble. It was a perfect fit. The original 1923 production of Within the Quota was a protest against immigration quotas enacted in 1921, which instituted numerical limits on immigration and in effect targeted specific immigrants (southern and eastern European). The original story, by Gerald and Sara Murphy, consists of numerous satirical “news of the day” vignettes and scenes, which mesh wonderfully with Porter’s music.

Within the Quota and the immigration issues it explores are close to the hearts of the TableTop ensemble. Brown is English (and has since naturalized, like “most” of the rest of the ensemble), Terefenko is Polish, Kim’s parents are Korean, Thompson’s wife is Canadian; Agostini is Italian, and his wife is Japanese. The timing was perfect, given the upcoming Fringe performance, and President Donald Trump’s multiple attempts to enact targeted immigration policies.

“We always try to make it relevant to today,” Winders said, describing how TableTop juxtaposes figures, ideas, and photos from the time the piece was composed, and from today.

“The big issue for us it to educate the audience on some of the darker moments and consequences of (policies like these),” said Brown. “But we do try to end on a happy note. The show does end with a lot of pictures of people at their naturalization ceremonies.” 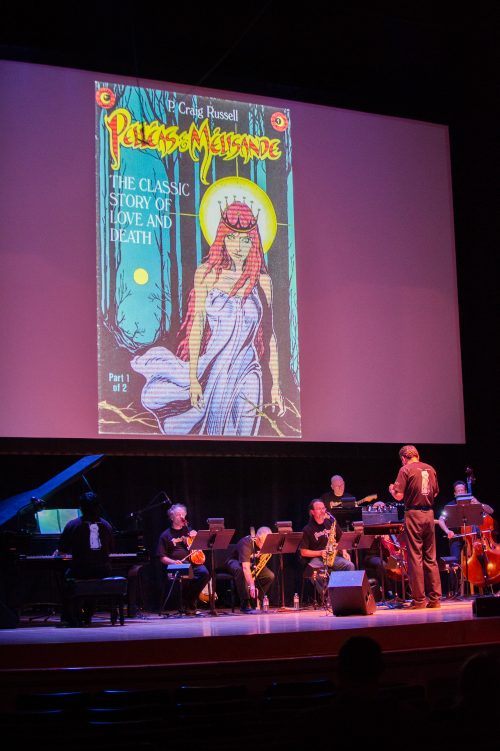 Watch Dan’s extended interview with Matthew Brown and Christopher Winders about TableTop Opera and Within the Quota here.