Late in August, the members of the Eastman Jazz Sextet (Christian Crawford, trumpet; C.J. Ziarniak, saxophone; Luke Norris, saxophone; Sterling Cozza, piano; Ryder Eaton, bass; and Chase Ellison, drums) left for Japan with Eastman professor Jeff Campbell, for a series of university workshops and performances culminating in concerts on September 1 and 2 at the Tokyo Jazz Festival and the Tokyo STATION JAZZ Weekend. Chase Ellison has been keeping a journal of the group’s adventures — and taking plenty of photographs. 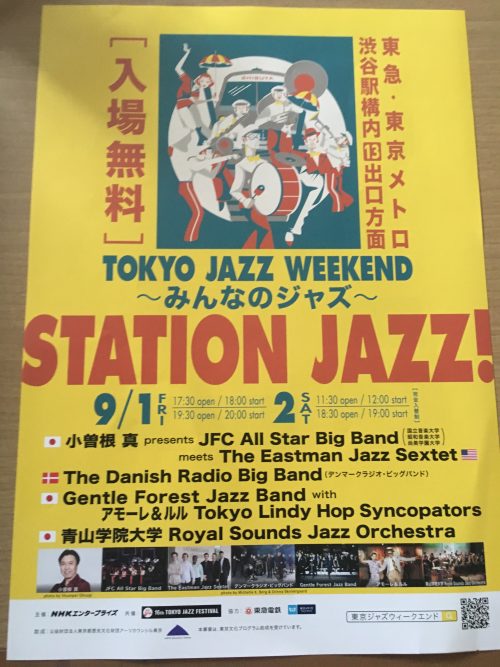 After the twelve-hour flight from Chicago O’Hare to Tokyo Haneda airport and after a good night’s rest by all, each member of the sextet slowly trickled into the Royal Garden Cafe inside Hotel Unizo Shibuya for breakfast around 7 a.m. At 9 a.m., we met back up with our guide, Sadao, who is a freshman pianist student of Makoto Ozone at Kunitachi University, and loaded onto our bus and headed to Shobi University. Upon arrival at 10:30 a.m., we were greeted by Makoto Ozone before performing a sound check for our 30-minute showcase performance. On this particular day at Shobi University, there were six university big bands performing for Shobi’s university jazz festival, with our sextet being the final performance for the day. Each of the big bands was well rehearsed and they were very enthusiastic performers. It was fantastic to see such a love and passion for jazz in Japan. 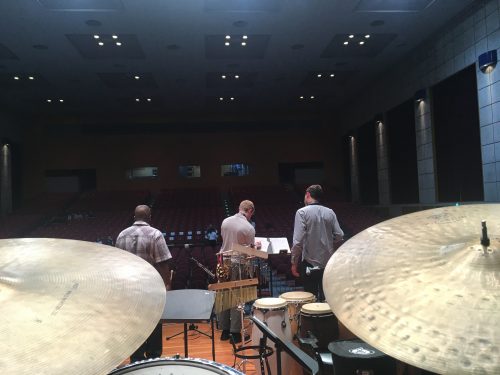 While the repertoire for the bands sometimes featured original compositions and arrangements, the bulk of the music performed came from the Count Basie and Thad Jones/Mel Lewis books, with some Ellington as well. Our set consisted of material from the hard bop era, such as Wayne Shorter’s “On the Ginza”, and “Backstage Sally” as performed by Art Blakey & the Jazz Messengers, as well as material from the Great American Songbook. We featured Christian Crawford on “My Funny Valentine”, to a very enthusiastic audience who clapped when we announced the song. We closed the set off with Luke Norris’ arrangement of Alec Wilder’s “I’ll Be Around” (a Rochester connection). While we played, Makoto sat in the wings and was enthusiastically speaking with Sadao, his student and our guide, as he pointed to various members of the group.

I spent the day with a few members of the sextet exploring Shibuya and old Tokyo. We visited familiar businesses that also are based in America, as well as soaked in some of the local flair by checking out local businesses. We went to see the Sotosakurada-mon Gate of Edo Castle, and had to get to this old Tokyo destination by train. The train experience was very similar to riding the subway in NYC. 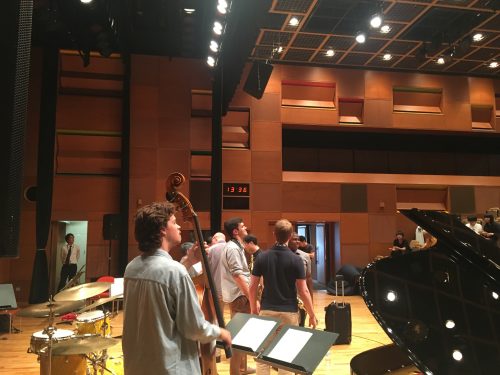 At 11:45 a.m., we loaded back into the bus for an hour drive to get to a workshop and rehearsal at Kunitachi College of Music, which is where Makoto is a professor of music. After arriving and getting settled, we were greeted by other faculty members and students of the school. At 2 p.m., we performed a few songs for the students before taking questions. Makoto acted as our translator, and the Q & A session lasted for about 90 minutes. We had some really challenging and great questions from the students, whom you could tell love the music just as much as we do, and the session ended with a group of students from Kunitachi performing while we made constructive comments regarding their performance. Professor Jeff Campbell even came down and guided the students during their performance, offering meaningful and practical advice.

After the Q&A session and a quick bite of dinner from Family Mart, a chain of convenient stores located all over Tokyo/Japan/etc., we had a rehearsal for the September 2, 2017 station concert with the JFC All Star Big Band (a big band comprised of students from various college ensembles we heard on Saturday at Shobi). This concert will feature the Sextet as well as the JFC group, and is, more or less, two bands playing at the same time to make one huge group. First, we ran through Makoto’s original bluesy composition “Bouncing in Two Different Shoes”, a piece he initially wrote for his big band and Christian McBride’s big band. Next, we played “Jean Pierre”, another Makoto arrangement of a classic Miles Davis tune, which featured ESM’s Jeff Campbell on bass. 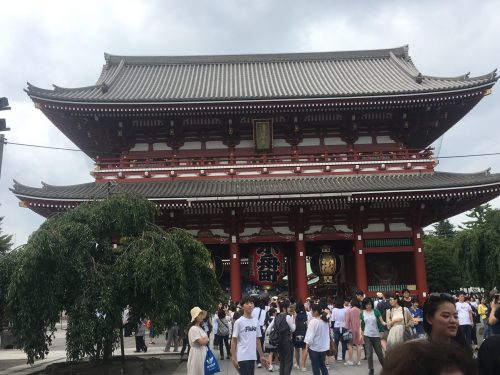 I went with some other members of the sextet to visit Sky Tree, the world’s tallest tower at 624m (approximately 2,000+ feet). This tower/tourist hub is located in Sumida, Tokyo, which is close to the Asakusa district. Asakusa is home to many temples and touristy shopping areas. It was fantastic getting to soak in the cultural sights in Tokyo once again.

After breakfast and some light walking around, we had a 1 p.m. call for the bus. We arrived at Showa University for another big band rehearsal for the JFC Station concert with Makoto and his group along with the ESM Sextet. On this day, we ran through drummer/composer and George Darrah’s ‘17E (MM) original pieces entitled “Celebration Samba” and “Escapades”, which were specifically arranged for big band for the Tokyo Jazz Festival. After running through George’s pieces, we ran through the material we rehearsed on Monday.

Throughout the whole experience, the students in Japan have been nothing but complimentary, gracious, and eager to learn about our experiences in America with jazz. Makoto is doing great work with these students and is acting as translator to our group and his. His students are in good hands, just as we are in Rochester at Eastman. 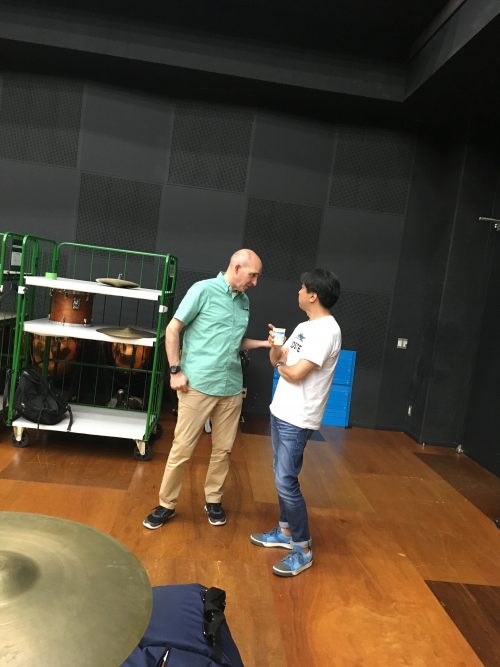