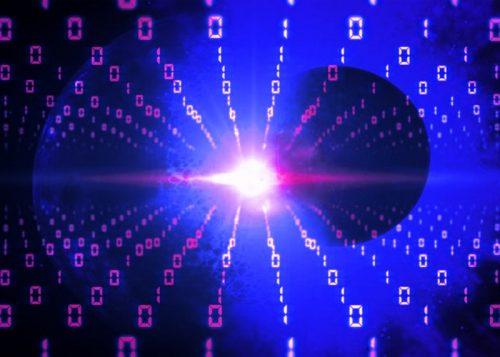 Dave Rivello – Assistant Professor of Jazz Studies and Contemporary Media at Eastman – is back at it again, doing another collaborative project for the 2017 KeyBank Rochester Fringe Festival, this time with local musician Shawn Drogan. “Worlds Collide” takes place Saturday, September 16 in Kilbourn Hall for two sets, at 7 p.m. and 9 p.m. Along with Mike Kaupa on trumpet and electronics, Anna Dunlap on harp, and Buffalo-based visual artist Armageddon Party, the Dave Rivello Ensemble is looking to explore a new “sonic landscape.”

This is Rivello’s third year in a row of collaborative projects for Rochester Fringe; in 2015, he expanded his ensemble to 37, and celebrated the “International Year of Light and Light-based Technologies” – as proclaimed by the UN General Assembly. The expanded group played a piece commissioned by Rick Williams, and Rivello worked with RIT, Photonics, and W. Michelle Harris, a renowned lighting artist from RIT. In 2016, he worked with his like-minded friends – dancer and choreographer Collette Fuierer (and a group of other dancers), and artist Mark McDermott – to create a program that explored the idea of the “Invisible Boxes” we put ourselves in. This time, it’s a little different, which is exactly what Dave was looking for.

Shawn Drogan is a Rochester-based drummer, producer, and electronic musician. Rochesterians might know him best from his electronic duo “The Manhattan Project,” but he also plays drums with multiple Rochester bands.
“It’s a great balance to have,” said Drogan, on shifting between his playing from his hybrid electronic/ acoustic drum set, and playing with rock bands in town.

For Drogan, the majority of his musical knowledge and ability came from playing in bands since he was a kid; he formed his first band at twelve years old. His background is eclectic, playing in blues bands, jazz trios, jam bands, and metal groups. He developed his own hybrid kit in The Manhattan Project, which led to his electronic compositions. But through all of this, Drogan never had any formal musical training, making Drogan and Rivello a perfect odd couple. 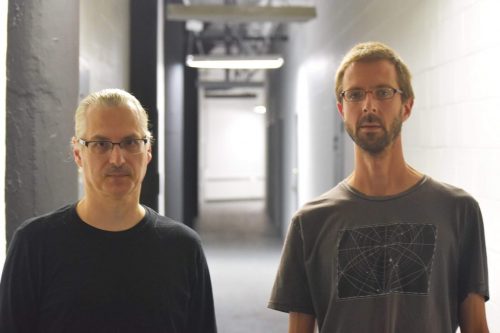 Drogan and Rivello run in some concentric social circles, and they met during Rivello’s “Year of Light” 2015 Fringe show. The idea of doing this show was knocking around between the two of them; especially for Drogan, who was looking to spread his musical wings. Fringe – as it often does for Rivello – presented the “perfect place for these (programs) to happen.”

“Worlds Collide” promises to combine the best elements of contemporary jazz and composition with the appeal and drive of electronic music. For these two, working together has been a rewarding experience; Drogan enjoys working with Rivello because of the professor’s knowledge of orchestration, and his ability to command a musical color palette. Rivello appreciates the opportunity to work with a different sort of musician. It’s perfectly laid out in their workspace; Drogan’s music is stored in a computer as notes, loops, and samples, and Rivello’s sketches are spread out over many pieces of staff paper.
“I love being a part of how my world is changing working with another artist,” Rivello said. “Hopefully we make something bigger than the sum of the parts … Letting yourself go, and becoming this ‘other thing;’ that’s where the best art is coming out of … It’s exciting for me to not know what I’m doing.”

As for the final result? What will we see and hear in Kilbourn Hall?

“I don’t know if we will fully know what we’ve created until we step on stage maybe,” Drogan quipped with a “reality is approaching quickly” nervous chuckle.

If you want to join their musical journey, you can see “Worlds Collide” on Saturday, September 16 in Kilbourn Hall for two sets, 7 p.m. and 9 p.m. Tickets are available at rochesterfringe.com.