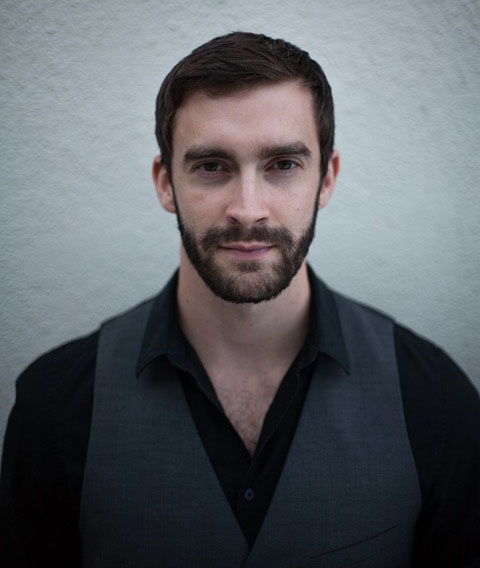 He is now a first-call soloist in the Los Angeles area, where he performs and records with the viral YouTube band Postmodern Jukebox, John Beasley’s Monkestra, Holophonor, and Sarah Reich’s Tap Dance Projec, and Holophonor (a group of his Thelonius Monk Institute classmates who take their name from the musical instrument in the cartoon “Futurama” — a recorder that projects an image of the music).

During the Xerox Rochester International Jazz Festival, Mike played with Holophonor on June 25, and you can hear him tonight, Tuesday, June 27, with the headliner Postmodern Jukebox at 8 p.m.in Kodak Hall.

Tell us about your early life and musical experiences.

I picked up a trumpet for the first time when I was about five years old, but nothing came out except air. Before that I played little toy keyboards and figured out commercials … I did not have a very musical family, but they were music appreciators. I had a strong background in good music.

In high school, I picked up the trumpet right away, went through the ranks, moved up pretty quickly, I played lead trumpet in jazz band, getting solo chairs.

I did a couple of summer camps at the Eastman School of Music, and realized it’s actually pretty cool to hang out with like-minded musicians. My buddies Mike Kujawski, Simon Fletcher, and Dave Gobel, we all grew up playing together, at the Eastman Community Music School and working with our band director at Rush-Henrietta, Ian McMurray. I didn’t have any intention of being a professional musician until he pulled me into his office one day and said “I think you should consider this.” He passed away from a heart attack – a young guy, only 46 – during my senior year. It definitely was a big loss, but it propelled me and my friends to make the music thing happen.

I started studying with Clay Jenkins at Eastman, I worked with Bob Sneider as well, and Jeff Campbell, through ECMS. I got into Eastman, with a double degree in music education and jazz performance.

It seemed like a natural thing to choose Eastman. Did you even bother applying anywhere else, or did you know you were going to Eastman?

It was actually a tough choice. I wanted to take Clay’s advice: “It’s good to get away from home,” which I agree with, but financially at the time, it made the most the sense. Eastman gave me the Howard Hanson Scholarship, and of course, [Xerox Rochester International Jazz Festival directors] Marc Iacona and Nugent had just started the XRIJF Scholarship. I was one of the first to receive it.

Eastman was a perfect fit: I knew the quality of education I was going to get and whom I was going to be working with. I received a double degree in December 2007 (with student teaching); I was lured into the education degree at the nudging of my mother. I loved Chris Azzara (chair of Eastman’s Department of Music Teaching and Learning). Chris is a great jazz pianist, but he also gave me some tools that have brought my game to another level.

I teach quite a bit; part of what we do as performers is to be a teaching artist. Chris definitely gave me the chops I needed. If you give me a three-year-old student or a college student, I can manage.

What brought you to the West Coast?

After Eastman, I spent four years in New York City. While I was there, I made an album with a drummer named Ulysses Owens. He helped produce my record; another great drummer named Jared Schonig (‘05E and member of the Wee Trio) did the other half.

(Owens) got me close to guys like Christian McBride, my friend Christian Sands, and this amazing alto player named Jaleel Shaw. One day I ended up subbing for Nicolas Payton, in a rehearsal for Ulysses’ new album – this was in Michiko Studios in the City – that day I was playing and Shaw heard me for the first time.

Fast forward a year or so after that first rehearsal, a guy named Dan Seeff in Los Angeles reached out to Jaleel. Dan is one of the administrators of the Thelonious Monk Institute of Jazz. There’s a long list of alumni of the Institute of Jazz, some of the best players in the business. By the way, guys like Herbie Hancock and Wayne Shorter are some of the instructors in this program.

Dan was looking for trumpet applicants, and Jaleel threw my name in the hat. I got a cold call asking me to send in an audition tape. In 48 hours, I had to get something together.

It was me and 36 other guys, and they mixed and matched us for a couple of hours, and I was accepted. It’s a two-year residency. The value of it is that you get two years locked in a room with seven guys, five days a week, three hours a day, and you’re paid to travel, teach, and perform. That program put me on the radar in LA, and I started to work right away.

I’d say! Reaching your bio, it reads like an LA jazz trumpet player’s dream! Blood, Sweat and Tears, Postmodern Jukebox, to name a couple. Do you ever pinch yourself?

Yeah, it’s crazy. Postmodern Jukebox played Radio City Music Hall last year, and Microsoft Theater in LA. Scott [Scott Bradlee, the leader/ pianist/ arranger of PMJ] was a homie of mine since we lived in New York City, making a hundred bucks a night. He was a friend that played piano at this cocktail bar, and I knew he made videos. I did a couple of videos with him, which was no big deal, but then Postmodern Jukebox blew up. At that time, it was hard. I got into the Monk program, and I was afraid I was going to lose my spot in the band, but Scott’s management was on the West Coast, and he himself moved to LA!
So I still got to work with him. It’s a great springboard, and stylistically Scott knows what I’m going to play, I can tell when he’s going to arrange before he writes it. You get used to them. It’s a cool feeling.

I remember talking to Marc Iacona and John Nugent over the past ten years, I would often say that it would be cool to do Kilbourn Hall, but all of a sudden, I’m here at the Jazz Festival, playing [Kodak Hall at] Eastman Theatre. To be able to come back to Rochester and play Kodak Hall … Yeah, I’ve got to pinch myself with that one. That’s above and beyond a good feeling.