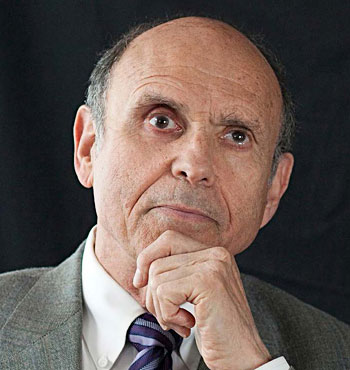 On Wednesday, April 5, guitarist Nicholas Goluses, the Co-Chair of Eastman’s Department of Strings, Harp, and Guitar, will perform Samuel Adler’s Concerto for Guitar and Orchestra with the Eastman Philharmonia Chamber Orchestra directed by Neil Varon. Adler is Professor Emeritus at Eastman, having taught here from 1966 to 1995. He also served as Composition Department chair from 1974 until his retirement. (Read more about Samuel Adler here.)

I interviewed Nick Goluses about his early life, the Adler concerto, and the challenge of performing a guitar concerto with a large ensemble.

Clue us in on your early life. When did you start playing the guitar? What or whom inspired you to play? Who were some of your early influences?

My earliest inspiration to play classical guitar came from seeing the great Spanish guitarist Andrés Segovia on the Ed Sullivan show. I was pretty young but it had a real impact on me. Later I had the great fortune to study with Segovia and told him about seeing him on that show when I was a boy. He seemed “amused”; I’m not sure he was ready to be backstage with circus acts and comedians before going on air to play Bach.

I also studied six years with Manuel Barrueco in New York, who was just here at Eastman to play a recital on the Kilbourn Series, and to give a master class to my students. To me he represents the ideal sound, technique, and aesthetic of the future for the guitar.

You are known for your dedication to new music, and have a long track record of performing new music for the guitar. Why is that important to you?

I love working with composers. We live in a time of great development for the guitar, and the development of new compositions, and of the instrument and its pedagogy, are a big part of the art.

What makes Adler a unique composer?

Sam writes intense, brilliant counterpoint, always with a rare and elegant vision of beauty. He writes like he lives, with joy and exuberance. I am proud to call him my friend.

Could you tell us about this concerto? Its history, its quirks, and its components? What makes it challenging and rewarding? How do you feel playing it with the Philharmonia Chamber Orchestra?

The writing is relentless—intense counterpoint requiring precision and total virtuosity from everyone in the ensemble. It’s a tour de force. Playing with the Philharmonia Chamber Orchestra is a real joy. They play and work with the absolute professionalism of a top-notch pro orchestra. And Maestro Neil Varon is a fantastic conductor and amazing person. I’m deeply grateful to everyone for their artistry and devotion.

What some general or specific thoughts you have as a guitarist playing with a large ensemble for a solo work?

While the guitar is a warm and personal instrument, playing a concerto (a word taken literally from the Latin “to fight”) with guitar and orchestra is a highly unlikely ensemble. Ideally, the orchestra shouldn’t play as loud as they often do, and the guitar has to come forward in volume and power. The challenge is to find common ground with regard to balance to create a successful dialogue. For a large work like this, it’s helpful to use a little high quality amplification for the soloist as well. 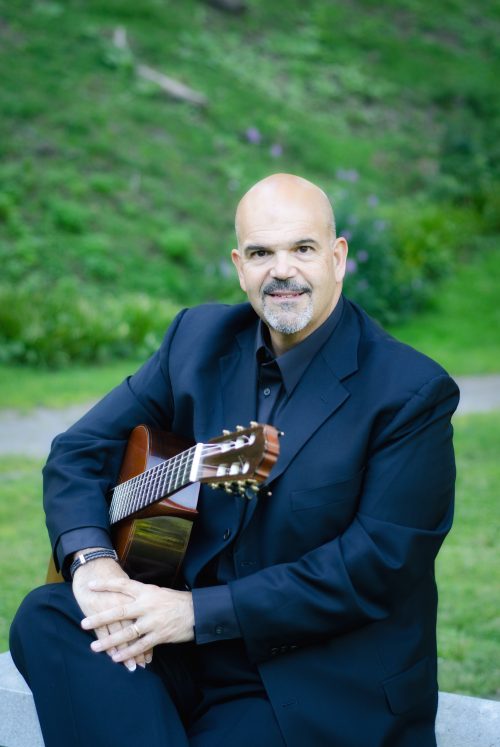