“A new and colorful palette of sounds”: An interview with Roomful of Teeth’s Martha Cluver 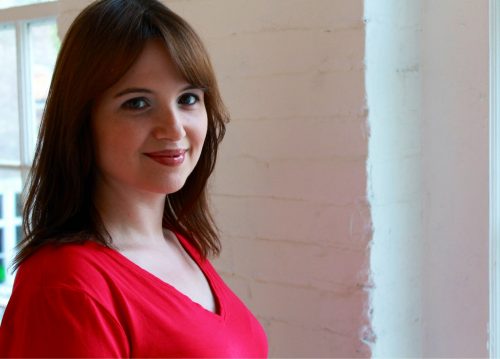 Tonight, Eastman hosts the Grammy-winning vocal ensemble Roomful of Teeth, performing at Kilbourn Hall. One of the members of the group, Martha Cluver, is an Eastman graduate, who shared information about the group’s beginning and her own journey from viola playing to professional singing.

Tell us about your specific background, and your time at Eastman.

I’m originally from Fort Atkinson, Wisconsin, where I started playing violin when I was three years old. I was always singing as well, but more for fun. As I got older, singing became more of my musical life. I always felt a strong similarity between a stringed instrument and the voice. While I sang, I would imagine playing my violin, like, how the bow is so similar to the breath. The bow vibrates the strings, just like the breath vibrates our vocal chords.

In eighth grade, I switched from violin to viola, and absolutely fell in love with the instrument, and the role that it played in orchestral and chamber music. I went on to pursue a viola performance degree from Interlochen Arts Academy, in which I attended for two years, before attending Eastman.

My years at Eastman were, I must say, quite extraordinary. I instantly knew what I wanted to focus on. I had the opportunity to work with Paul O’Dette and Christel Theilmann in the Eastman Collegium Musicum. I also became involved with the student-run ensemble, Ossia, directed by Alan Pierson, as well as Eastman’s Musica Nova, directed by Brad Lubman. Though I was a viola major, I was asked time and time again to be a vocalist. I found that early music and new music had similar ties. One of those ties was vocal quality. The straighter tone quality that Steve Reich asked for was very similar to the clear tone needed for early music, where vibrato was used more as an ornament, rather than a constant. I had the opportunity to perform Crumb’s Ancient Voices of Children, Andriessen’s De Staat, and Berio’s Sinfonia. I also got to perform and record works by Steve Reich.

Viola playing actually became more and more of a struggle for me, physically. I had been dealing with overuse issues. My teacher, John Graham, helped me through my struggles, and was very supportive of my love of singing. By the time I was out of college, my focus went to solely singing, but I always cherish my days as a string player.

How did the group come together, and how did you get involved? Where did the name come from?

Brad Wells, who is a choral conducting professor at Williams College, had a vision of bringing a new and different ensemble and living composers together and creating sounds that are fresh and new. Brad loved the idea of using different singing styles. He auditioned many vocalists, and the vocalists he chose were not only good classical singers, but also willing and happy to try new techniques that were far from typical western style singing. I had heard about the idea of the project the year before and was very interested in what would be made of it. I had been in the professional choral scene since moving to New York City in 2003 and was known already by Brad as a new music vocalist. It was only natural that I at least audition, and I’m so glad I did!

We gathered at Williams College in June 2009, and worked with masters in yodeling, Tuvan throat singing and Broadway belting. It was mind blowing. We were learning to use different muscles to create new sounds. Rinde Eckert and Judd Greenstein were the composers and they sat in on some of our sessions with the teachers. They latched onto sounds that they liked, and composed new works for us to eventually perform at the end of our three-week residency. We worked closely with the composers. We were all in the same boat. We were not used to singing these new techniques, and they were not used to notating them. Caroline Shaw composed Passacaglia during our first residency. The performance was so exciting! The audience cheered loudly during her piece!

Each summer, we gather in August for a two-week long residency at the Massachusetts Museum of Modern Art, in North Adams, Massachusetts. We have studied Persian classical singing, Hindustani, Sardian Cantu a tenore, Korean p’ansori, and many others. 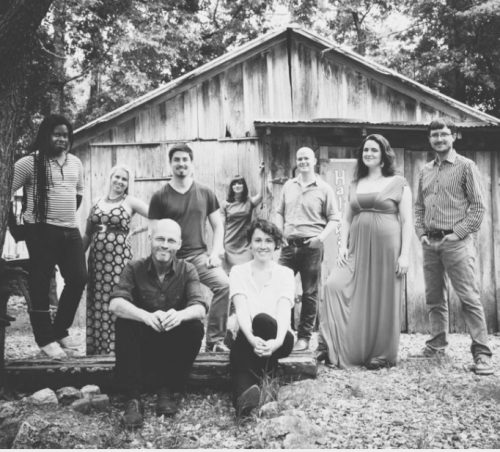 Did the group have a goal when it was formed? How has it evolved since 2009? How do you balance working with older repertoire and new music?

Brad has said that the goal of the group was to connect with audiences. Performing for an audience is allowing them to see our world, and to be surrounded by new sounds, and for them to be able to react and to hopefully want to hear them more. Over the past few years, we have been able to hold residencies at many music schools, where we have given presentations on our journey of learning new techniques, how the composers incorporated those techniques into new works, and showing them excerpts of the music to show how it’s notated. To make it clear, we do not call ourselves masters of any of the new techniques we study. All of the techniques take years and years of practice. The idea of learning and being exposed to these techniques is to find bits of sounds taken from a whole technique, or even a hybrid of a technique, or more than one technique, and create a new work. The closing piece of our program that you will hear has Bulgarian belting, Inuit throat singing, Tuvan throat singing, and Korean p’ansori!

The group has acquired a new and colorful palate of sounds. It has all really expanded our minds. Personally for me, I find it can be a challenge to go back and forth so quickly from Roomful of Teeth work to say, Handel’s Messiah, but it certainly is doable. We have learned how to pace ourselves so we can keep our voices fresh for the next gig. We all have other work as freelance musicians. It can be tiring, but it’s always very rewarding.

Your debut album was nominated for a Grammy, and won! Can you tell us about that album, and all of the experiences surrounding it?

That album was so fun to record! We were so excited to release an album with such new sounds. We also had no idea that Caroline Shaw would win the Pulitzer in composition for Partita, and for that to lead to an album nomination and win! We are very grateful and thankful. To me, it still feels so surreal. We have since released our second album, Render, which was nominated for a Grammy in 2016.

Finally, what rep will you be performing at Eastman? Will you be working with the students at all?

The first half of the show will be Shaw’s Pulitzer-winning Partita For Eight Voices. The second half will include five works, each by a different composer, including William Brittelle, Judd Greenstein, Rinde Eckert, Caleb Burhans (ESM ’98-’02) and Merrill Garbus (of ‪tUnE-yArDs‬).

Also, on the day of our performance, from 5 p.m. – 6 p.m., we will be presenting a bit of a Show and Tell of some of our non-traditional techniques and how they have been incorporated into new works written for us. It will probably include a Q&A as well. This will take place in Ciminelli Formal Lounge and is open to anyone.