ESP in China: The Grand Finale 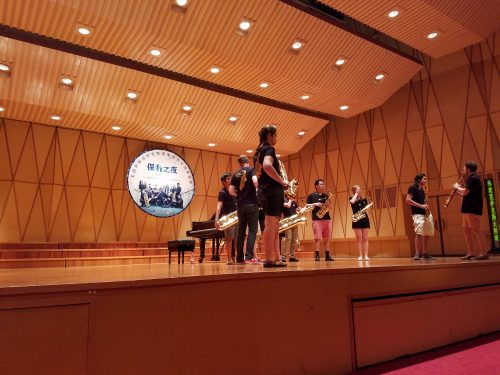 Dress rehearsal at Shandong University of the Arts, Ningbo

From concert halls to music camps, the Eastman Saxophone Project (ESP), directed by Professor Chien-Kwan Lin, brought its innovative programing and versatile performances to a variety of audiences in China this summer, during a concert tour that lasted from July 13 through July 21. We asked ESP members Myles Boothroyd and Erik Elmgren to blog about their experiences; here is Erik’s report on the group’s last two tour stops.

After our adventures in Beijing, ESP embarked on two whirlwind concert tours in the cities of Jinan and Ningbo. In Jinan, we were hosted by the Shandong University of the Arts Saxophone Ensemble, who joined us for the concert in Beijing. Professor Li and his students were extremely gracious hosts and treated us to a fantastic Chinese barbecue meal on the night of our arrival. With our stomachs still full from the previous night’s party, our second day in Jinan was spent resting and preparing for our concert. We presented a slightly abbreviated version of our former Shanghai program as well as two pieces with the Shandong University of the Arts Saxophone Ensemble. The audience was thrilled with this performance and the hall was a terrific venue for the combined total of thirty saxophones onstage at once (a sight that needs to be seen to be believed!).

After our adventures in Jinan, we took a train ride over to the seaside town of Ningbo. Much like our arrival in Shanghai nearly two weeks earlier, we were greeted by the onslaught of humidity from the tropical climate of the Chinese coast. Despite these conditions, everyone in the ensemble loved our stay in Ningbo with our host, Professor Qiu. One particular treat was Ningbo’s famous seafood. Members of the ensemble were able to try an abundance of new dishes including clams, jellyfish, scallops and noodles served in oyster shells, and even, for the particularly brave ones, sea cucumbers. The concert in Ningbo was received enthusiastically by our audience. Just like in our previous concerts, many members were tracked down afterward to sign CDs and programs.

On the final day of our trip, ESP traveled to visit the beautiful city of Hangzhou. Hangzhou is located around an unbelievably picturesque lake that is renowned all over China. While in Hangzhou, we were able to visit a famous Buddhist temple and see sculptures that were over a thousand years old; we also held burning incense while making wishes to Buddha. It was great to be able to observe some of the traditions of a religion many of our members had never experienced before as well as a priceless piece of world history that has been remarkably well preserved. 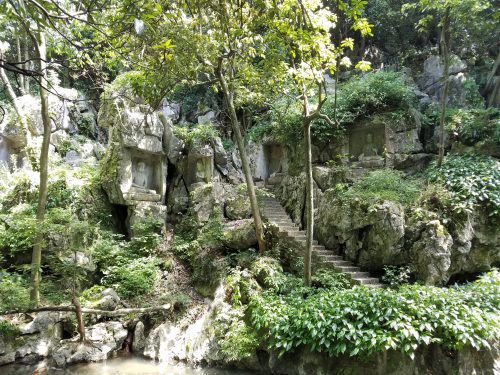 The Buddhist Temple in Hangzhou

Finally, we were treated to a delicious dinner at a restaurant overlooking West Lake by some of the sponsors of the trip. It was a special opportunity for all of us to meet and thank some of the people who made this trip possible. 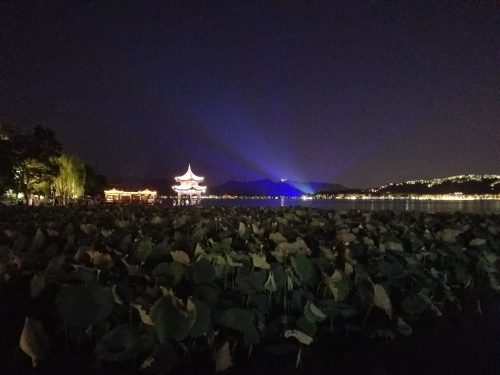 I know I can’t speak for everyone, but on this last night of the trip, it is finally starting to sink in how much I have learned over the course of this adventure. We arrived in China two weeks ago not really knowing what to expect, but over the course of our travels, we have been treated with unbelievable compassion and hospitality by our Chinese hosts, performed for incredibly enthusiastic crowds, and made memories we will carry with us forever. 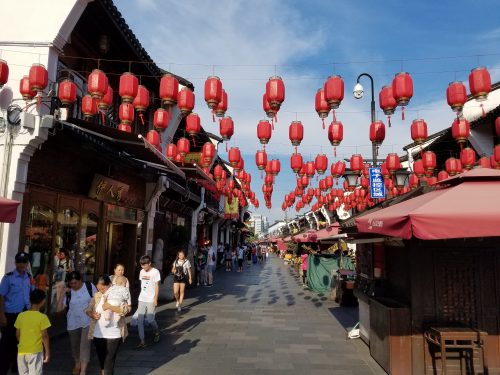