This is the second of a two-part blog post featuring discussion with the prizewinners the competition. The first post was a dialogue with Alan Cline (third place) and Emily Siar (honorable mention).

Keely Futterer (first place), of Dover, Arkansas, is a second-year doctoral student from the studio of Kathryn Cowdrick. Also accompanied by Galavan, Keely sang “Martern aller Arten” from Mozart’s Abduction from the Seraglio and Rusalka’s Song to the Moon from Dvorak’s Rusalka.

Please tell us more about the repertoire you performed for the competition.

Keely: “Martern aller Arten” is one of Konstanze’s arias, in which she rebukes the Pasha’s efforts of seduction, claiming that she could never be untrue to her beloved Belmonte, and that the Heavens would surely forgive the Pasha for his behavior if he would just release her. When he refuses, she lashes out and says do what you will, but only death will release from my devotion. Rusalka’s Song to the Moon is a wish made by Rusalka, a water sprite who has fallen in love with a human prince. She is hoping that the witch Jezibaba will turn her human and Rusalka’s begs to the moon to tell the Prince of her love.

Emily: I felt honored to even be a part of the competition and to be able to perform some of the arias that were sung. I started with Sophie’s vibrant aria from Werther. Sophie is a ray of light in the otherwise quite dark opera. The aria is charming and quick and it was a joy to sing. The second aria was “Alla selva” by Mozart, a less frequently performed aria from the opera Il re pastore. Mozart wrote the opera at the age of 19. The piece was challenging with its many florid passages, embellishments, and a cadenza in the A’ section of the piece. The entire piece is full of overflowing happiness and anticipation as Elisa thinks of her future life with her lover.

Could you elaborate on your preparation for the competition?

Keely: Going into the competition, my main goal was to be as prepared and comfortable with the pieces as possible. That way when I walked on stage, saw all the people, realized the brevity of being in a “competition”, and felt the rush of nerves, I could still keep myself composed enough to tell the stories of these women and sing the music that I absolutely love. They’re very different and certainly in different circumstances, but they have so much heart and I wanted to make sure I could still get that to the audience.

Emily: I was fortunate enough to be coached on my arias with Stephen Carr. He is a brilliant director and his guidance and support gave me the courage and confidence to really trust myself on stage. Ms. Webber helped me find the spirit of the pieces and we worked for a few weeks leading up to the competition on technical and interpretive aspects of the arias. Ms. Webber had been suggesting Sophie’s aria for quite a while and we finally found the right time to work on the piece. Actually, Ms. Webber suggested all three arias. Her attention to detail and her artistry rub off on everyone around her. But, most importantly, her flexibility as a teacher allows individuality to flourish and that is what inspires growth in every one of her students. Ms. Webber gave me the confidence I needed for each of the pieces, allowing me to be my own musician and to be myself. 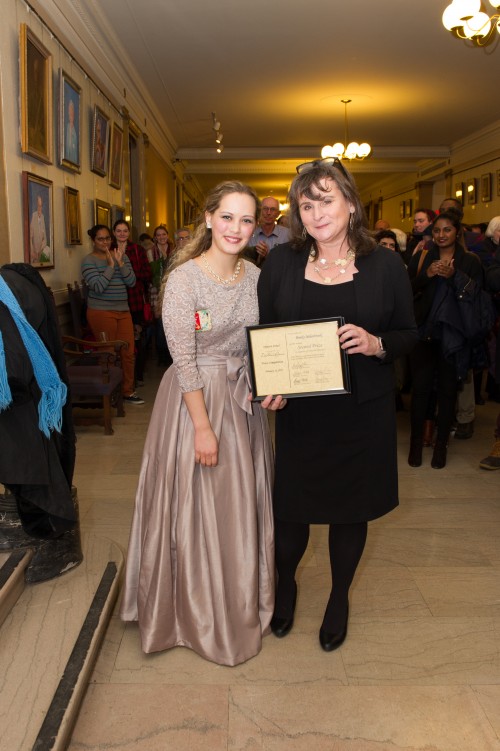 What parts of your Eastman training and experience do you feel contributed most to this achievement?

Keely: Voice lessons with Professor Cowdrick, my hero; having the technique be as sound as possible just helps to keep your mind in story-telling as opposed to “Is this note going to come out?” The coaching faculty here is unparalleled, so I got the language work I needed to feel as natural with the text as possible. Then, there’s the dramatic faculty which is, again, just fabulous. They work with your ideas to help you form an honest character, but one that you can recreate with consistency (without getting stale or stagey).

Emily: The ability to work with such amazing collaborators and musicians and to be surrounded by such talented and supportive members of the Eastman community. It was overwhelming to be in the competition and to be among so many talented singers and pianists. The FEO Competition has always been my favorite event of the year at Eastman. The faculty and fellow students are so supportive, and I think that is why the competition is so exciting and rewarding. 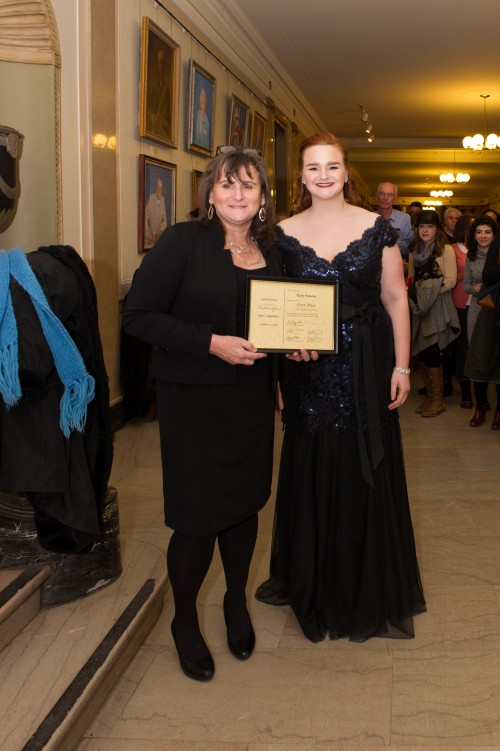 Do you have any advice for your Eastman peers who are interested in performing in this competition, specifically or other national and international competitions?

Keely: I think if you treat competitions as an opportunity to get to perform for the most supportive audience you’ll ever have, then you’ll always have fun and really, you’ve already won. They can’t be seen as “competitions” or you lose the point of performing. Be prepared; find a balance between “practice makes perfect” and still having an amount of flexibility that makes your characters sincere. At the end of the day, it’s a chance to sing the repertoire that you love and share a part of who you are with a warm/accepting audience.

I have done this competition a few times, and the one thing I am always so impressed with (other than the level of singing, acting, musicianship, dresswear, etc.) is the support that the competitors have for each other. We are colleagues, friends, and each other’s biggest fans … whether we’re on stage together or competing against one another, the support literally never stops. It’s such a rarity and such a joy because it means we can focus on what’s important, the music and the characters, in a completely safe environment.

Emily: Don’t join the competition if you want to win, join if you love the pieces you are singing.

Friends of Eastman Opera has long been a very supportive organization for Eastman’s opera activities. Could you talk about what their support has meant for you, your peers and the opera productions at Eastman?

Keely: Personally, they have helped me go to auditions, they have helped me participate in summer programs, they have shown up to performances that weren’t Eastman events, and the members have been active, involved, and individually invested in me. I also know that I am not the only student who has received this attention. No other school has what we have in the Friends of Eastman Opera and we’ll never be able to repay their kindness.

Emily: The support of Friends of Eastman Opera has been essential to my growth as a musician. I know I can speak for others when I say that the Friends of Eastman Opera has allowed us to become better performers and musicians. Their financial support allowed me to go to the Oxford Lieder Festival in England and to be a part of this competition. They have helped so many of my friends attend summer programs and festivals, and without their help, I know attending these costly programs would often be impossible. Not only does FEO provide financial support, they are familiar faces in the audience at various events throughout the year. To have that established base of support in an audience is an absolute blessing to this school.