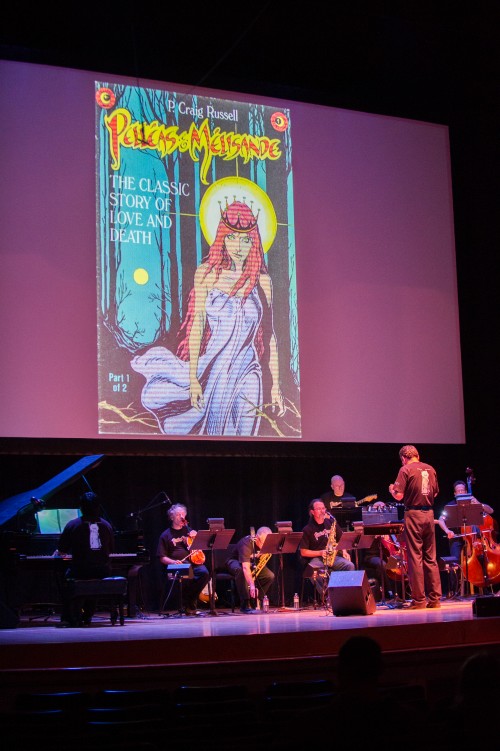 Table Top Opera, a chamber ensemble of Eastman faculty members, students, alumni, and friends, will be performing their multi-media work, Echoes of ’64, on the Eastman Virtuosi concert this Saturday, January 23, at 8 p.m. in Kilbourn Hall as part of the 2015-16 Faculty Artist Series. Directed by Matthew Brown and Christopher Winders, Table Top Opera specializes in multi-media projects with live images, and in collaborating with other artists and institutions.

Matthew Brown, co-director of the ensemble and Professor of Music Theory at the Eastman School, shares the program notes for Echoes of ’64:

July 1964 was an ignominious time in Rochester. Racial tensions erupted, especially near Joseph Avenue, and Governor Rockefeller called in The National Guard. The costs were enormous: 4 deaths, about 350 injured, nearly 1,000 arrests, and over $1, 000, 000 in property damage. In August that year, legendary jazz musician Duke Ellington visited Rochester to participate in the Eastman School of Music’s “Arrangers’ Holiday 1964.” During his stay, he coached students and performed his own works, such as Night Creatures. In 2012, Paolo Pellegrin came to Rochester to photograph its inner city. Working with House of Mercy and the Rochester Police, he took pictures of the grim reality that many residents still face and the serious difficulties still confronting law enforcement. Pellegrin is interested in photos that prompt a “conversation or dialog.” Echoes of ’64 does so by accompanying his pictures of Rochester with music by J. S. Bach and with selections from Night Creatures: it asks us to think about the environment around us and the events of July 1964 still echoing to this day.

Other recent projects by Table Top Opera include: Debussy’s Pelléas et Mélisande (2012) and Strauss’s Salomé (2014) with pictures by comic book artist P. Craig Russell, and Mahler’s Kindertotenlieder (2015) with images from the George Eastman Museum. For more about the ensemble, its personnel, and details of earlier shows and forthcoming events, visit www.tabletopopera.com. 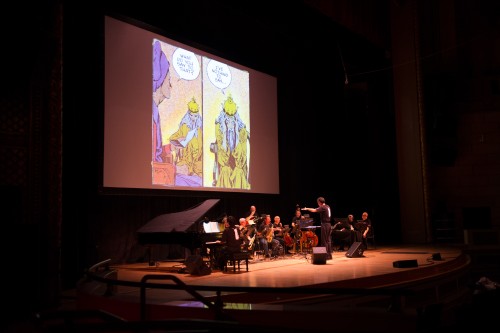