Bringing Voices of the Past to the Present: Michael Alan Anderson at Eastman Summer 2016 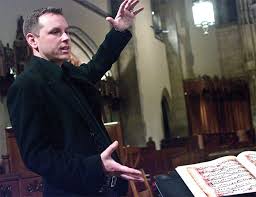 How was your interest and love for early music–especially vocal music–ignited?

I believe it was ignited as an undergraduate, first hearing the music from the Hilliard Ensemble’s iconic recording Perotin. I bathed at once in its simplicity of tone and spare voicing and in the complexity of its accidental surface dissonance and near-improvisatory feel. I still get those goosebumps when I play that album for students, as I teach the thirteenth-century sound world at the cathedral of Notre Dame of Paris.

You received several awards for your writing, including the Deems Taylor Award (twice!). How does performance influence your research and vice versa?

Performances I undertake sometimes prompt new ideas for research projects. But more often, my research influences the way I design programs to be performed. Programs of the last seven years with my Chicago-based ensemble, Schola Antiqua, have been shaped by repertory and new avenues I have encountered in the research process, as well as by new interpretations of familiar works by colleagues around the world. The ensemble thus has become a laboratory for my work and that of other music historians.

Tell us about your recent and current work with the Schola Antiqua.

The ensemble has been on a museum “kick” lately. We performed at the Morgan Library & Museum in the summer of 2014 in connection with an exhibit on devotional books. This past year, we similarly presented a program highlighting the permanent exhibit on Renaissance arms and armor at the Art Institute of Chicago. We have even had impact here in Rochester, recording carefully selected music for the reinstallation of objects in the Memorial Art Gallery’s medieval gallery in 2013.

What can a student enrolled in your Summer institute expect? Does one need to be versed in these styles in order to participate?

I envision people of all ages and musical career stations who could enroll in this Summer Institute. At bottom, I think the students must be competent singers, possess strong aural skills, and have encountered either plainchant or pre-1600 polyphonic music at some point in their career. After that, it’s hard to say. I can imagine choral directors of all stripes attending, who have only dabbled in Renaissance polyphony and are looking for more exposure to it. I can also see church organists and musicians eager to understand the history of some of the music they perform already. I can further envision young professional singers at the institute, who are increasingly called to sing a wide range of sacred repertoire. 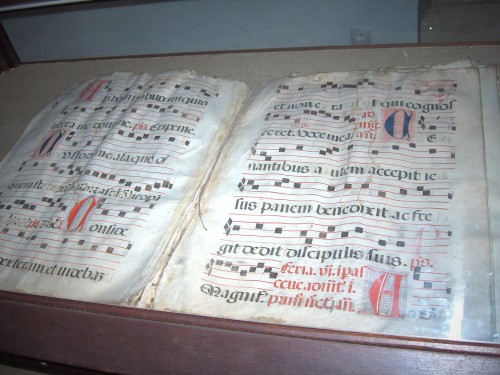