The Sounds of Christmas Past 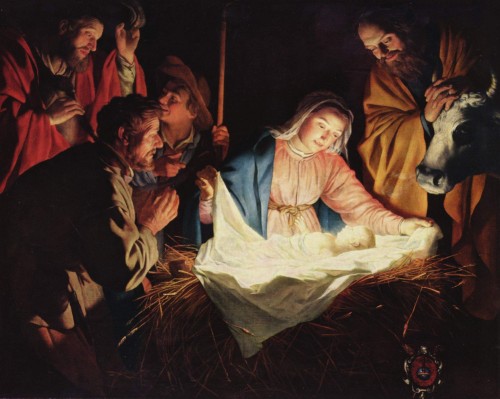 “Adoration of the Shepherds” by Gerard van Honthorst, 1622

On Thursday, December 17 at 7:30 p.m., the Memorial Art Gallery will host “An Italian Baroque Christmas” as part of its Third Thursday series. The focal point of these concerts is the Italian Baroque Organ, an acquisition by the Eastman School that arrived from overseas in the summer of 2005. It contains some 600 pipes—an impressive backdrop to a wooden keyboard that spans no more than a foot and a half under the performer’s hands. Yet the sound of this instrument is one-of-a-kind, echoing the same tones heard on the organs of 18th-century Italy. That’s largely because the history of this organ is as compelling as the music it produces. In 1980, Gerald Woehl, a German organ builder, stumbled upon the well-preserved instrument amid the collection of an antique dealer. The events that followed read like a comeback story: with the aid of the Eastman organ faculty, the instrument was restored and brought across the Atlantic to the Memorial Art Gallery Fountain Court. It’s a powerful piece of history that might have landed anywhere. It ultimately found a home in Rochester.

“An Italian Baroque Christmas” will feature a varied program of choral and instrumental music that pays homage to the Christmas spirit of 18th-century Italy. What makes this concert truly special is the use of period instruments — viols, theorbos, and sackbuts (early trombones) will make an appearance, ramping up the authenticity of the occasion. If you’ve never heard how an instrumental consort from 1750 really sounded, you won’t want to miss this opportunity to step overseas and travel back a quarter century.

From my own perspective, this is a chance to hear music that predates the invention of my instrument (saxophone) by over a hundred years. That, along with the eclectic program: a polychoral (multiple choirs!) motet by Gabrieli, a soprano solo by Merula, and — what could be more fitting? — Corelli’s Christmas Concerto. If none of that sways you, the real kicker is the finale. The performers will ask the audience to join in a well-known Italian Christmas Carol (I won’t spoil the title here). It’s the ultimate opportunity to sing carols alongside Eastman performers and period instruments!

It all happens against the backdrop of the Italian Baroque Organ, and this concert is really part of the tenth anniversary celebration for that instrument. Did I mention that it’s the only full-size antique Italian organ in North America? If you can’t make it to 18th-century Italy amid this year’s Christmas shopping, then this may just be the next best thing.

You can read more about the history of the Italian Baroque Organ HERE.