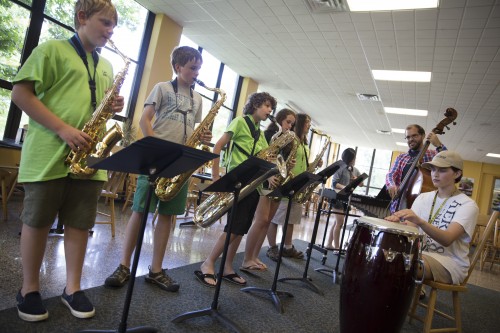 We will be regularly publishing blog posts introducing readers to different aspects of the Summer@Eastman program. Today we have an interview with Gaelen McCormick, director of the Eastman@Keuka program, by the Summer@Eastman Arts Leadership Program intern, Emily Helenbrook.

At the age of 16, Gaelen McCormick found her life’s calling. As many adolescent teens can understand, one experience can completely change a person’s life. After spending time at the Tanglewood Institute, McCormick was completely immersed in the world of music. She reminisces fondly and yet, wishes that she could have discovered her passion for music at an earlier age. She reflects, “Now I wonder, what would have happened if I had started earlier? I probably would have practiced more and I doubt I would’ve been discouraged!” Being at a music program was the first time she felt as though she belonged. She was surrounded by people with the exact same passion for music. Gaelen is in her 22nd year with the Rochester Philharmonic, now sitting as the acting assistant principal bassist. In addition to performing, Gaelen is a fierce advocate for music education. She is in her 15th year as a bass professor at the Eastman Community Music School. That palpable energy surrounds her work as she passionately lists her many current outreach and educational projects. In the midst of her second year as the director of the Eastman@Keuka Summer Music Camp, Gaelen is particularly interested in the community aspect of music programs—that special moment when a child realizes they are not “a sore thumb” anymore. It was at the Keuka program – Eastman’s resident summer program at Keuka College, on Keuka Lake, southeast of Rochester – that she saw an opportunity to make this moment possible for younger students.

The first thing McCormick noticed about the Keuka program was its unique familial atmosphere. Every student feels an incredible sense of support from their peers—the very essence of the experience she wants younger musicians to have. She says, “When I went to the Keuka program for the first time, within a few days, I could see these kids felt this was their other family. It was so gratifying to see that.” 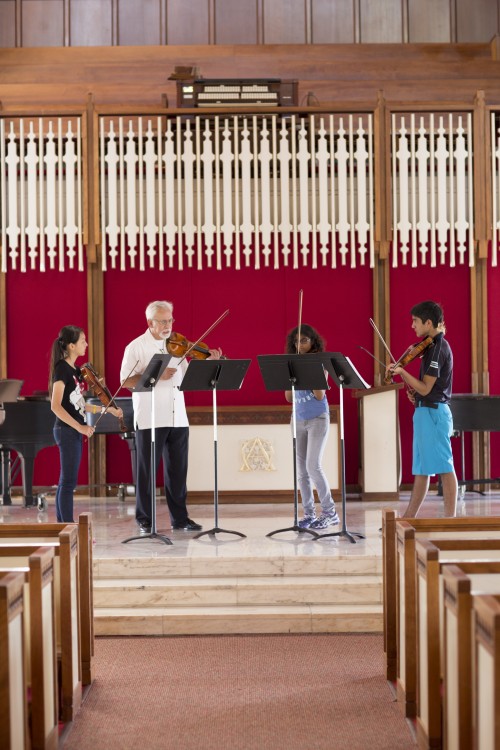 This program offers musical study to students in grades 6-9, of any instrument or voice, classical or jazz. There are many band camps that offer instruction to middle school students, but nothing that is as challenging and beautiful as Keuka. Gaelen happily adds, “If you wanted to spend your summer music experience indoors and in a practice room, you should probably stay in the city and do a band camp. But if you want to get a chance to spend some time outdoors and enjoy the beauty of Keuka Lake, this is the program for you!”

This coming summer, McCormick would like to add a body or posture class, some cross-cultural learning such as a language class, and an opportunity to create a project/composition that the kids can execute at the end of the program. She jokes, “the look in their eyes when we reach day 10 out of 13, they looked like zombies!” Kids still reported that they wanted to perform more, so she plans to get them out to different camps and senior homes to perform. The passionate educator remembers, “The kids said they wanted to perform more, so I said, ‘Okay, we can make that happen, one way or another’”. 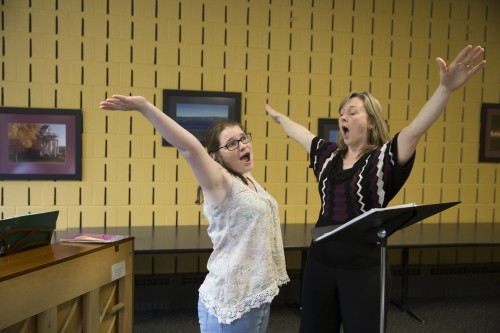 The program may be challenging, but McCormick makes sure to plan social activities outside and other times to relax. Students certainly won’t spend all their time in a practice room. It is that sense of camaraderie and support that makes every moment worthwhile. She recalls last summer when a student was feeling apprehensive about performing in front of his peers. The teacher told him to forget playing the piece he brought, and instead suggested they just “jam” together. He was still nervous, but everyone rooted for him and he played brilliantly despite those nerves. She recalls, “the amount of support from the other students was amazing, and that is just one of the many things that makes Keuka special”.

More information about the program and the application process, please visit http://www.eastmanatkeuka.com
The program runs for two weeks starting on July 10. Students can hike in the park, swim in Keuka Lake, enjoy s’mores at a campfire, go to concerts, play in masterclasses taught by faculty from the Eastman School of Music, and most of all, meet other young musicians who love music just as much as they do. 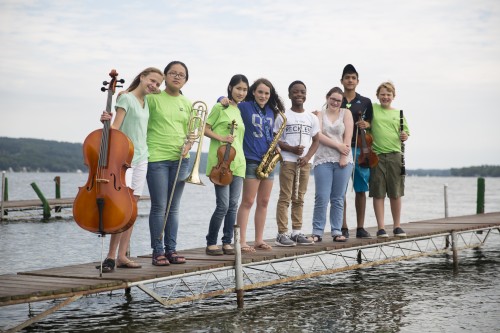