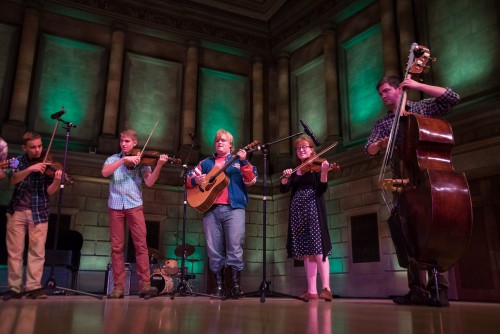 I started playing fiddle when I was about twelve years old. My mom had a band at the time with a fiddler who was leaving to go to college. She was looking for someone to replace him and while I had only played classical violin up to that point, I had been listening to her rehearsals for years and I thought I could give it a try.

I played in my mom’s band for a while, and in other bluegrass bands within our musical community throughout the rest of high school. At the time, I took for granted what playing traditional American music would become to mean to me. I was raised in a household that exposed me to every type of music and I went to house concerts, jams, and music parties since I was young. Other kids my age were playing in rock bands in their parent’s garage. It wasn’t “cool” to play bluegrass and Irish music, so I kept that part of my life hidden from peers my age for a long time.

When I came to Eastman, I realized how much the bluegrass community back home in Connecticut was so influential on who I became as a musician. I started a bluegrass band my freshman year with other Eastman musicians and people started to come to know me as the person that played fiddle. Many of my student peers, especially classical performance majors, started to express their interest in this type of music to me. I feel so passionate about the importance of traditional American music and the ability to improvise that I started Eastman Americana, a student organization created for the purpose of educating students on the history of traditional American music and how to play it.

Traditional American music (bluegrass, Celtic, Cajun, old time, etc.) is the undercurrent of this country’s culture, and if that aural tradition dies, so does the history and culture of those who immigrated to America and brought songs from their motherlands with them. I feel that teaching songs by ear and getting exposure to these styles is a skill that every musician should have. Traditional American music also provides a healthy, social musical environment without the pressure that sometimes comes along with classical music. 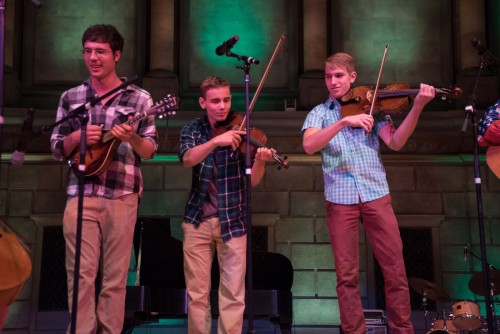 So far, there has been a very positive response to Eastman Americana. We performed at the Celebrate Diversity Concert in Kodak Hall in the beginning of the year, have brought in local musicians/teachers to teach tunes and the history behind them, and provided workshops and discounted tickets to special performances whose genres extend beyond the traditional jazz and classical music genres.

In addition to local guest speakers, I have a vision of bringing in nationally-touring bands who have traditional conservatory training but also play Americana music. On October 17, I coordinated a visit from The Amigos, a New York City-based band, to do an educational workshop and performance for our student organization and the greater Eastman community. The Amigos workshop was based on taking traditional American songs and fiddle tunes and adding a new twist on them. They took “Whiskey before Breakfast”, a very popular fiddle tune in the bluegrass/folk scene, and showed participants how adding different rhythms and beats to the same tune can completely change the feel. After the workshop, The Amigos performed a set of their own original music, and even brought up a few students to jam with them at the end. 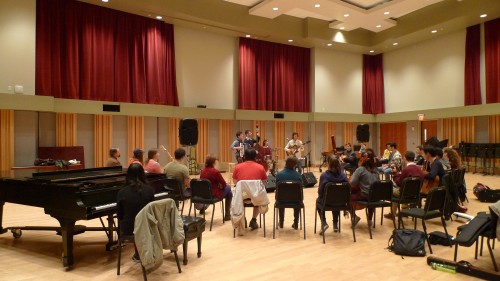 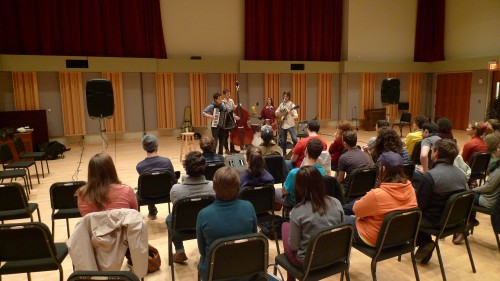 The Amigos at Eastman. Photographs by Tahlia Cott

There was a very positive response to The Amigos event, especially because Eastman students were able to connect to the fact that they are young musicians who have taken traditional training in a new direction. Eastman takes pride in preparing its musicians to be multi-faceted and to be able to adapt to different musical environments. My hope in continuing the progression of Eastman Americana is to use traditional American music and the genres associated with it to show classical musicians that improvisation is not intimidating and other musicians the amazing history and culture this type of music holds.

Eastman Americana is SA funded and welcomes any new members from Eastman and the River Campus to participate in our meetings and events! To get involved, contact Eastman Americana’s President Tahlia Cott ’17 at tcott@u.rochester.edu.