A “Wild Night” with Frank Ticheli and Eastman Wind Orchestra

The Eastman Wind Orchestra will present a blockbuster second concert of the season on Wednesday, October 21 at 8 p.m. in Kodak Hall at Eastman Theatre, conducted by Mark Davis Scatterday, Kevin Holzman, and Eric Laprade. Featuring guest composer Frank Ticheli, the Wind Orchestra will open the concert with Ticheli’s virtuosic, jazz-inspired Wild Nights! Jan Opalach, Professor of Voice at Eastman, will join the Wind Orchestra as narrator of Aaron Copland’s classic Lincoln Portrait. Saxophonist Phil Pierick joins the Wind Orchestra for a performance of Ticheli’s Concerto for Alto Saxophone and Wind Ensemble, a 2013 piece for which The Eastman Wind Ensemble was part of the consortium. The concert will close with a stunning new work, Andrew Boss’s symphony Tetelestai.

Frank Ticheli’s music has been described as being “optimistic and thoughtful” (Los Angeles Times), “lean and muscular” (New York Times), “brilliantly effective” (Miami Herald) and “powerful, deeply felt crafted with impressive flair and an ear for striking instrumental colors” (South Florida Sun-Sentinel). Ticheli (b. 1958) is Professor of Composition at the University of Southern California’s Thornton School of Music. From 1991 to 1998, Ticheli was Composer in Residence of the Pacific Symphony. 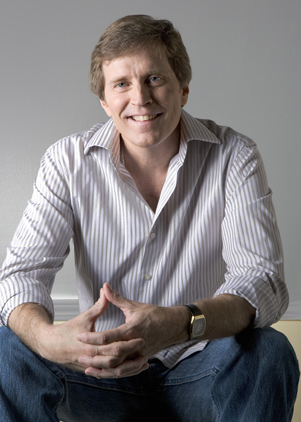 Ticheli is well known for his works for concert band, many of which have become standards in the repertoire. In addition to composing, he has appeared as guest conductor of his music at Carnegie Hall, at many American universities and music festivals, and in cities throughout the world, including Schladming (Austria), Beijing and Shanghai, London and Manchester, Singapore, Rome, Sydney, and numerous cities in Japan.

Of his 2013 saxophone concerto, Ticheli writes:

“Falcon, swan, raven—as my work progressed, avian thoughts grew stronger and stronger and eventually became a source of great inspiration and enjoyment. While the listener should not take the movement titles too literally, one may easily hear their evidence in the music. For example, the first movement is charged with enormous vitality and buoyancy. Rapid, rocket-like gestures suggest the falcon’s ability to swoop and dive at incredible speed. A ‘scurrying’ middle section hints at animals trying to escape the falcon’s eye.

“The second movement suggests a kind of beauty that is at once tender, fragile, and mournful. Its title, “Silver Swan”, recalls the text of a beautiful madrigal by English Renaissance composer Orlando Gibbons.

The silver Swan, who living had no Note,
when Death approached, unlocked her silent throat.
Leaning her breast against the reedy shore,
Thus sang her first and last, and sang no more:
“Farewell, all joys! O Death, come close mine eyes!
More Geese than Swans now live, more Fools than Wise.

“The Raven has long been used by artists as a symbol of terror, mystery, and the supernatural, My finale, while not related to any specific work of art from the past, does conjure the kinds of dark and fiery images traditionally symbolized by the raven. The music is alternately menacing, tempestuous, playful, mocking, and always on edge. The energy increases wildly to the end, exploding in a rollercoaster of sound and fury.”