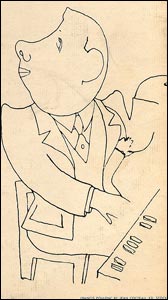 We wish a Bonne annee et bonne anniversaire to the French composer Francis Poulenc (1899-1963) – shown above in a drawing by his friend Jean Cocteau. The combination of seriousness, lightheartedness, rich harmonies, and appealing melodies in Poulenc’s music has made it increasingly popular since his death. Here at Eastman we have seen recent performances of two of his major works. Eastman Opera Theatre presented Poulenc’s tragic grand opera Dialogues of the Carmelites last spring in Kodak Hall (shown below), and in December the Eastman-Rochester Chorus performed his 1961 Gloria, one of his most popular works. At the end of January, Eastman Opera Theatre will revisit Poulenc, this time the operatic monologue La voix humaine, written with Cocteau. 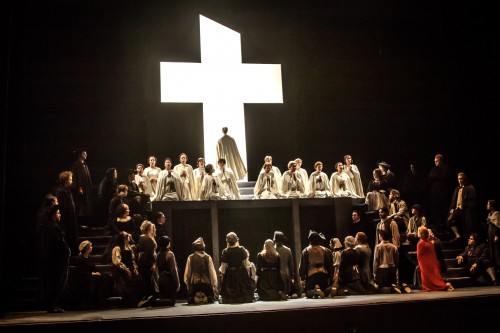