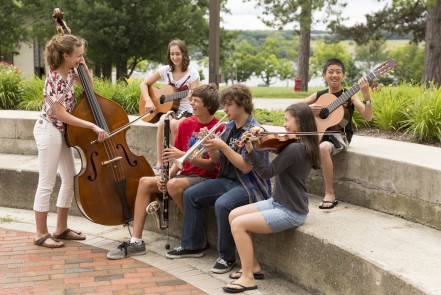 Howard Potter has directed the Eastman Community Music School since 2002. That same year, Potter was also began his involvement with Summer@Eastman, and in 2013 he created a one-of-a-kind annual summer music camp at Keuka College. I discussed with him why Eastman@Keuka has become the perfect summer camp for young people interested in music.

Eastman@Keuka began when Potter played a gig at Keuka College in Fall 2012. Jorge Díaz Herrera, the College’s President, approached Potter and told him that he had studied harp at the Eastman Community Music School. In fact, Potter also taught percussion to Herrera’s two sons. Captivated by the natural beauty of the campus, Potter asked Herrera about the summers at the college. Herrera explained that the college simply closed up until the following fall.

Recognizing a great opportunity, Potter and the Summer@Eastman team quickly launched plans for a summer camp. The first year of Eastman@Keuka took place in 2013, designed for students aged 12 to 16, in grades 7 through 10. To Potter’s excitement, the two-week camp accepted 40 students!

Potter distinctly remembers a night when he visited Norton Chapel, where faculty members were rehearsing for an upcoming performance, but shoeless, in shorts, and with a beautiful lake in the background. Potter remembers feeling that this ambiance was really nice but also quite strange, as this informality is never seen at Eastman, in the heart of downtown Rochester. Professors usually arrive to teach, spend the necessary hours for their lessons or classes, and go home. 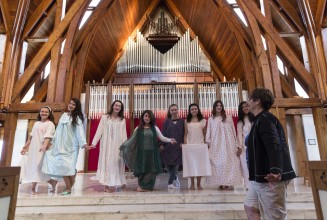 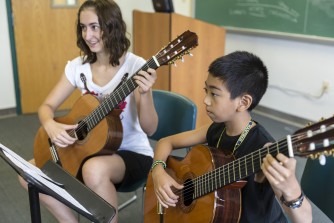 Eastman@Keuka’s staff and students bonded in unique ways because they were all living together. With only 40 participants, the interaction between staff and students was intense and refreshing. Every person involved got to know everyone else personally, and Potter reminisces that the camp “had a real family feeling.” Some kids made long-lasting friendships, and even sparked young romances under the starlit skies.

The Keuka College summer camp had a real camp atmosphere: a beautiful lake, opportunities for hiking, sports, recreation, and nightly campfires, as well as the inevitable campfire songs. Every evening, students and/or faculty members performed an informal concert. The esteemed faculty also enriched the camp experience, as gifted musicians who were able to teach the tradition they love in a fun, unique way.

Future plans for Eastman@Keuka, include busing students to Eastman to perform in one of its many renowned halls. A business connection in Shanghai is interested in sending students to Keuka for summer 2015. The additional 20 to 30 students will participate in the summer camp, take buses to Eastman, and then travel to New York City to see the New York Philharmonic, The Metropolitan Opera, museums, and more.

Potter and the Summer@Eastman team have produced an amazing camp that has become one of its kind in the national landscape, with the bestselling combination of summer, music, world-class faculty members, and youth. 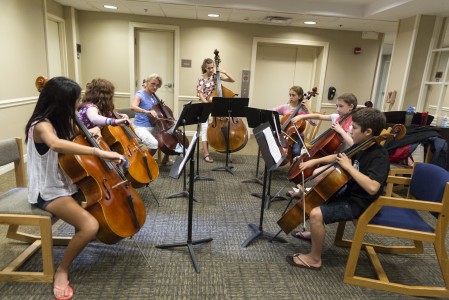 All photographs from Eastman@Keuka 2013 by Kurt Brownell.