In Memory of Derrick Smith 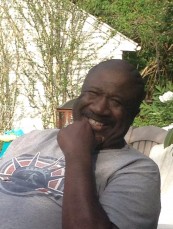 Eastman was deeply saddened to hear of the death of Derrick Smith, a distinguished baritone soloist and a longtime faculty member of the Eastman Community Music School. Mr. Smith died on November 18 after a heart attack.

A 1988 master’s degree recipient from the Eastman School of Music, Derrick Smith was known to Rochester audiences as a frequent oratorio, opera, and concert performer, and gave acclaimed performances throughout America and in Europe and Russia as well. He frequently performed the roles of Porgy, Jake, and Crown in Gershwin’s Porgy and Bess (including performances in Europe, Russia, and Brazil), and Joe in Kern and Hammerstein’s Show Boat. His operatic appearances included Leporello in Don Giovanni in Malmö, Sweden and the title role of Eugene Onegin in Russia. He also performed in the premiere production of Harriet Tubman at the Metropolitan Museum of Art. He was also an outstanding soloist in the oratorio repertoire, giving many performances of Handel’s Messiah, Mendelssohn’s Elijah, Mozart’s Requiem, and Brahms’s German Requiem in the Rochester area.

Derrick Smith performed in recital with his fellow Eastman graduate, soprano Renée Fleming, as well as performing as a soloist with the Rochester Philharmonic Orchestra, the Rochester Oratorio Society, the Long Island Symphony, and the Chamber Group of the Toronto Symphony, among others. Smith sang many classical and contemporary works, and as a soloist in Jessye Norman Sings for the Healing of AIDS, held at Riverside Church in New York City and telecast live on PBS, along with Ms. Norman, Whoopi Goldberg, Elton John, Maya Angelou, and Toni Morrison. Smith also performed at the International Institute of Vocal Arts in Italy.

Derrick Smith trained and performed with the Glimmerglass Opera Young American Artist Program and the Brereton International Music Symposium in England, was a semi-finalist in the American Traditions Competition, and a winner of the Outstanding Young Men of America Award and the New York Vocal Artist Competition. He was also a winner of Eastman’s William Warfield Scholarship. Smith and Warfield, both Rochester natives and Eastman alumni, performed and recorded together, and Derrick Smith often sang Warfield’s signature song, “Ol’ Man River” from Show Boat.

Derrick Smith is survived by his wife, Merideth Hartrick Smith, and their four children.

There will be a funeral service for Derrick Smith on Monday, November 24 at 11 a.m. at Christ Episcopal Church, 35 South Main Street (at the corner of Main and Locust Streets) in Pittsford. Derrick’s family has requested no flowers for the service Monday.  His published obituary this weekend will list an educational fund to support in lieu of flowers.

On November 25, the University’s flag will be lowered to half-staff in memory of Derrick Smith.