Sound Off for Frederick Fennell’s Centenary! 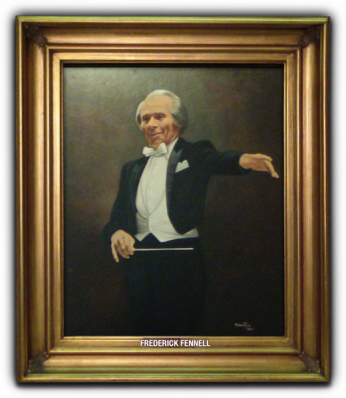 We wish a rousing 100th anniversary to Frederick Fennell (1914-2004), the founder of the Eastman Wind Ensemble, who was born 100 years ago today. A birthday so close to July 4 is very appropriate for a conductor who performed great services for American music and American composers through his concerts and recordings, which range from Revolutionary and Civil War marches, to marches by  John Philip Sousa to complex compositions by Copland, Thomson, Persichetti, Morton Gould, and many more. With the Eastman-Rochester Pops Orchestra, he also recorded several albums of favorites by Gershwin, Cole Porter, Leroy Anderson, and other composers. After a decade of leading the EWE, Fennell left Eastman in 1964, conducting many more concerts, leading many more clinics, and making many more recordings. He was able to participate in the Eastman Wind Ensemble’s 50th anniversary in 2002. Eastman will pay tribute with a “Fennell-ebration” on October 17, 2014, as part of Eastman Weekend.

Click here to hear classic recordings of Sousa marches with the EWE and Fennell – excerpts from 24 of them in 12 minutes, and still only a fraction of those he recorded! 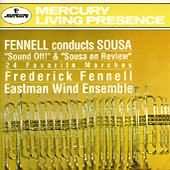 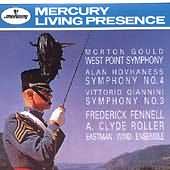 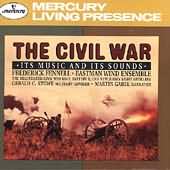