Dance Around the Maypole … 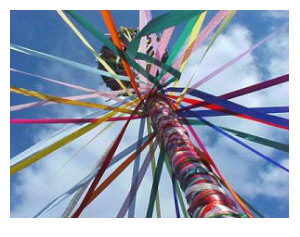 … to celebrate the 80th anniversary of Howard Hanson’s Merry Mount, which premiered at the Metropolitan Opera on February 10, 1934. A great success at its premiere – the cast and creators received 50 curtain calls, which is still a house record – Merry Mount was performed eight more times that season but then dropped by the Met. While it has seldom been revived since, Hanson complied an orchestral suite from Merry Mount which became one of his most popular works and helped keep the opera’s name alive.

Merry Mount will receive one of its infrequent revivals this year, presented in concert form by the Rochester Philharmonic Orchestra under Michael Christie and featuring the Eastman Rochester Chorus directed by William Weinert. Eastman voice students will sing many of the opera’s smaller roles. Performances are April 10 and 12 in Kodak Hall at Eastman Theatre, and on May 7 the concert will be repeated in New York’s Carnegie Hall as part of the “Spring for Music” concert series.

The opera’s libretto, by Richard L. Stokes, is based on Nathaniel Hawthorne’s story “The Maypole of Merry Mount,” which tells of the violent conflicts that arise in a 17th-century Puritan community in Massachusetts when a maypole, seen as the work of the Devil, is set up there by a group of pagan Cavaliers. The plot centers on the fanatical Puritan preacher Wrestling Bradford, who was originally played by the great American baritone (and occasional movie star) Lawrence Tibbett (1896-1960). He is shown below, center stage, in a photo from the original production, and you can listen to him sing an excerpt from Merry Mount here. 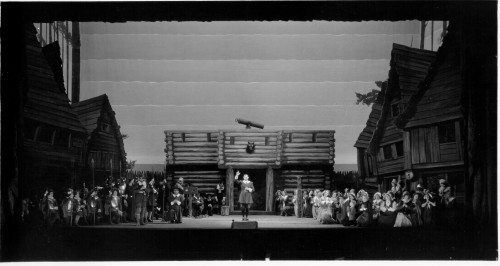