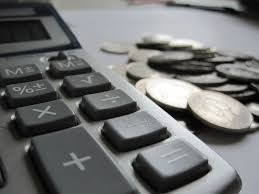 Special thanks to everyone who participated in the talk! We had GREAT QUESTIONS from our viewers and I look forward…

Navigate to different topics in this panel discussion

This webinar will be hosted online on September 15, 2014 at 8PM EST by Polyphonic.org. To attend, you’ll need a computer (or smart device – read more here) and a good internet connection. Register in advance to get email reminders and a direct link to join the webinar on September 15 (feel free to join 5-10 minutes before the start time). You’ll be automatically muted during the webinar but feel free to ask questions during our live Q&A session at the end. Please email us at info@polyphonic.org with any questions or concerns.

Description:
With a short introduction to the mechanics of crowdfunding (it is by no means a new thing) we’ll continue with a panel presentation/discussion of three successful online fundraising campaigns from three recent Eastman School of Music graduates. The scope of the projects and the ways in which each person navigated their experiences will be of tremendous value to anyone wishing to raise funds for a project based effort in music. of Da Camera New York and IML Instructor for Funding the Individual Musician and Gift and Grant Seeking in the Nonprofit Arts World: A Primer for Fund Raising in the 21st Century, ALP courses offered in the Fall and Spring semesters. A Ford Foundation American Conductor’s Prize winner, he has also served as the Managing Artistic Director of the Hobby Center for the Performing Arts’ Uniquely Houston Series and is the Founding Music Director of ARCO, the American Radio Chamber Orchestra. He has served on the juries of the Metropolitan Opera Quizkids program, the Young Texas Artists Competition, and as NPR host for the national broadcasts of Live from Festival Hill.

Abigail McHugh-Grifa recently completed a Ph.D. in music education at the Eastman School of Music. She also holds Bachelor’s and Master’s degrees in cello performance from The Cleveland Institute of Music and a Master’s in human development from the University of Rochester’s Warner School of Education. She teaches music in a variety of contexts in the Rochester area and does a significant amount of volunteer work as a climate change activist.

Aaron Staebell is a drummer, composer and educator who hails from Buffalo, NY and has lived in Rochester, NY for the last 10 years. Having earned both undergraduate and graduate degrees from the Eastman School of Music, Staebell is an in-demand both locally and nationwide. Aaron’s debut album, Bending and Breaking was released in July of 2011. The album consists of 8 original compositions that span a wide variety of styles and moods. The album was immediately chosen for the “New and Noteworthy” category on iTunes jazz and has gone on to receive much critical acclaim. Allaboutjazz.com called it “…a debut filled with energy, enthusiasm and invention…” while the Toronto Star referred to Staebell as “…energized and eclectic and a weirdo you don’t want to miss.” Emily Wozniak is the Founder and Executive Director of Sound ExChange, an organization devoted to transforming the live concert experience and deepening the connection between performers, audiences, and music. Through Sound ExChange, Emily leads a variety of projects involving collaborations within the fields of visual art, multimedia, and modern dance. Emily studied horn performance, music education and arts leadership at Eastman and completed the coursework for her MM degree during the fall of 2013. Outside of performance and education, Emily has extensive experience in fundraising, including a summer internship in the Development Department at the Aspen Music Festival and School. In addition to her work with Sound ExChange, Emily works in Advancement at Eastman and is an instructor in the Arts Leadership Program.