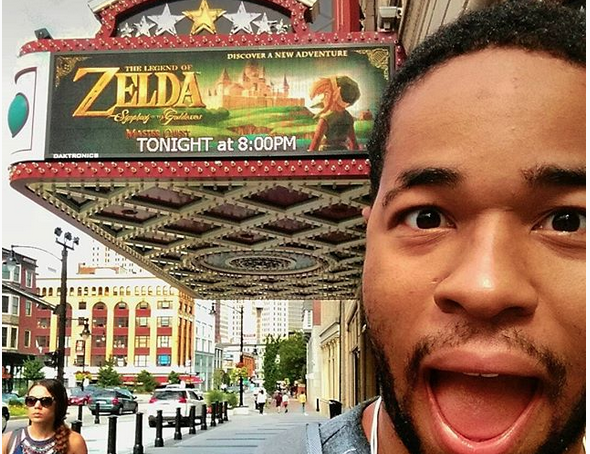 clee All posts from clee
Posted in
Spread the love

It’s the thought that plagues all of our minds: “Classical Music is dying.” That is, if you care one way or another.

Well, lately, I’ve been watching some of Leonard Bernstein’s Young People’s Concerts, and they are absolute gold. I firmly believe that he and they New York Philharmonic inspired an entire generation of Classical Music lovers with their legendary programs. Therefore, as someone who often ponders on the aforementioned statement of Classical Music’s demise, I feel that following his example would be a wise decision! While watching the episode titled “What does music mean?,” Bernstein famously asserts,

“music is about notes, E-flats and F-sharps. You see, no matter how many times people tell you stories about what music means, forget them. Stories aren’t what music is about at all. Music is never about anything. Music just IS. Music is notes, beautiful notes and sounds put together in such a way that we get pleasure out of listening to them, that’s all there is to it.”

As much as I love, respect and admire good ole Lenny, I have to vehemently disagree with him on this one. Music means so many things to so many people! What a specific piece specifically means to a specific person is arbitrary–the real point is that it means SOMETHING, that it elicits an emotional response. This emotional response can manifest itself in attachment and ownership over that music as a means of personal identity.

Now, why does this matter? Well, I’m gonna tell you, and this is gonna sting a bit…well, a lot, actually. Are you ready?

THE AVERAGE PERSON DOESN’T GIVE A FLYING #$%*@^ ABOUT CLASSICAL MUSIC!

And honestly, why should they? In most cases classical music hasn’t really done anything for them. It didn’t console them when they had their first heartache. It wasn’t there for them when their dog died. In many cases, it doesn’t even speak their native language!!! How could you possible get someone to relate to a dramatic twist in a Verdi opera when they can’t even understand what the heck they’re saying???

Now, more than ever, is important to think of way to make our antiquated art more relatable ().

How do we do that? Like I said before, people get attached to music that they can relate to or music that evokes strong emotions. In either case, the music reminds people of events, emotions, other people, etc. I can’t explain it scientifically, but I have witnessed it in real time. The result is beyond comprehension. It is an experience that transcends this plane of existence and is profoundly fulfilling. My musical colleagues and I sometimes refer to them as eargasms. Because Classical Music was THE music that was being played at parties, public concerts, and in people’s living rooms, it was readily available and present in the subconscious minds of the people. They began creating memories to the sounds of Mozart, Bach, and Beethoven, much like we do with One Direction, Adele, and Christmas Music.

Now, I know what you’re thinking: “where does video game music come into play?” Well, I’m glad you asked!!! 🙂 These concerts are a blast for both the audience AND the musicians!

Video game music is composed with many classical instruments, so it is introducing people who have never been to a concert hall to the sound of the oboe and the bassoon. It is already increasing their sound palette in a different direction from over-produced pop music. By becoming more familiar with these sounds, music lovers are becoming implicitly more open to classical aesthetics.

This has become more evident to me since I performed as Principal Violist of the Zelda Symphony for four concerts. We played Zelda music from many of the popular titles ranging from Time of Falling Rain to Skyward Sword–all in full orchestral form!! The crowds of 5000+ people were going NUTS…for an orchestra! These audience members were gamers. They were die-hard fans of video games. Not only was it unlikely for them to even care about orchestra, it unfathomable for them to have enjoyed it to the degree that they did. It was unlike anything I had ever experienced. I literally got more love and acceptance in one night at the Barclay’s Center than I got in all of my years of playing my instrument combined.

Why did we receive that love? It was because we were playing music that mattered to them! We were adding to the web of memories that they associate with that music! So think about it…if we had programmed a classical music piece alongside the Zelda Music, what do you think would have happened? They probably would have enjoyed it, of course. However, I strongly feel that they would have also created a new emotional memory with that “new” piece, and they would always remember it as “that beautiful piece of music I heard at that Zelda Concert in the Barclay’s Center.”

THIS is how we can really make a difference in Classical Music’s image. We have to find ways to get people to take ownership and and emotional attachment over Classical Music. I know it’s not ideal, but it’s definitely a start.