1
Can We Sell Classical Music By Making it “Cool”? 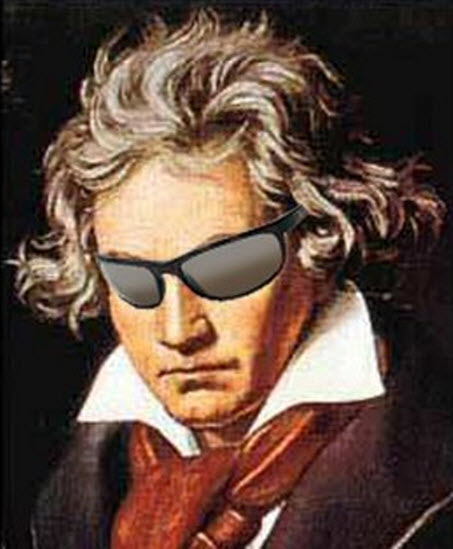 Michael Drapkin has enjoyed a career as a music performer, composer, arranger, educator, clinician and adjudicator. Following the Wall Street adage of eat what you kill, Drapkin developed his own band Yiddish Cowboys in Austin, Texas, which released a CD on iTunes. He featured them in the Classical Crossover showcase he ran for South by Southwest in 2010 and 2011, where he brought bands from around the world that are classically trained and have crossed over to the mainstream and brought their virtuosity with them. As a clarinetist, he was a member of the Honolulu Symphony Orchestra, as Associate Principal and Bass Clarinet and the New York City Opera Touring Company and Lake George Opera Festival, as Principal Clarinet, and has performed under conductors ranging from Leonard Bernstein to Seiji Ozawa. He has spent summers playing at Aspen and at Tanglewood as a Berkshire Music Center fellow, and was solo clarinetist and Executive Director of Music Amici, Rockland County, NY’s oldest professional chamber music group and one of the finest in the New York City area, and performed with them in Carnegie Hall. Mr. Drapkin is widely known in the bass clarinet world as author of Symphonic Repertoire for the Bass Clarinet Volumes One, Two and Three, which have become standard literature among orchestral bass clarinetists worldwide, and each fall he is a music judge and chief judge at high school marching band contests for US Bands.

Drapkin founded and presented the Brevard Conference on Music Entrepreneurship (BCOME) for two summers at the Brevard Music Festival in North Carolina, attracting as attendees professional musicians, industry professionals, college music faculty and deans from as far away as Singapore. For BCOME, he was awarded $100,000 in grants from the Ewing Marion Kauffman Foundation – the nation’s largest entrepreneurship foundation – and was one of their first music grantees ever. For his efforts with BCOME, Drapkin was a finalist for Best Non-Profit CEO for The Ten Awards – the “Academy Awards of New York Business,” an annual selection of ten companies and individuals in the greater New York business community that display extraordinary leadership and innovation to improve their business. He has delivered keynote speeches, lectures and master classes across the U.S. including Eastman, Juilliard, Northwestern and The University of Texas at Austin, among others.

He was also a member of the Board of Directors of the Brooklyn Phil, the edgiest most forward thinking arts-driving orchestra in the entire planet!

Drapkin has been an active member of the College Music Society, which represents college music faculty worldwide. He is the chair of the Careers Outside the Academy Committee, his third chair appointment for CMS, and led a pre-conference seminar for them in Atlanta. He is also a member of the Board of Directors and has been a keynote speaker for their Southwest Chapter, and has made presentations at the CMS National Conference annually for the past ten years.

I think part of the problem is unfamiliarity. The public is so inundated with dreck, plus they don't have access…

I was recently notified about an upcoming webinar being put on by APAP (Association of Performing Arts Presenters) called “The Classical Music ‘Cool’ Factor.”  It includes the following discussion topics: Show today’s audiences the importance of classical music Make contemporary repertoire meaningful Learn from past successes and challenges I thought about it, and it raised[…]