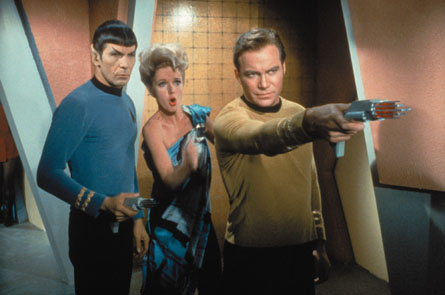 The Baltimore Symphony under Marin Alsop has really been trying to change things up in the orchestra world.  A couple of years ago I wrote about plans for an orchestra  fantasy camp, (my words) for adults, and how the amateur musicians would be working with the pros of the orchestra. Apparently it has been a great success. Daniel Wakin, of the NY Times wrote a feature article on it just a few months ago.

Anyway–Here she goes again. This time she has asked students from the Parsons New School of Design to come up with performance attire for today’s orchestra musician. Now, some conductors and soloists are already moving in the direction of a more “modern” wardrobe. Some kinda work, but others look like they were taken off the Star Trek prop rack. It won’t be easy, but it’s the Parsons School and that’s what these students are there for. I hope someone gets an A+ out of this.

Read the Baltimore Sun article below or go to the link here.

Could the end of white tie and tails be in sight for orchestra musicians? Will a hip new form of concert attire spread through the classical music world? Stay tuned. The Baltimore Symphony announced Thursday that music director Marin Alsop has funded a “pilot partnership” with the New York-based Parsons The New School for Design to devise an updated wardrobe for orchestral players in the 21st-century.

The project will involve 16 Parsons students from an interdisciplinary class this semester. They will travel to Baltimore to observe the BSO in action, starting with Friday’s season-preview concert at Meyerhoff Hall, so they can “conceptualize a fashionable attire that integrates new fabrics and wearable technologies.”

The basic concert black worn by nearly every orchestra across the globe has been the status quo for hundreds of years. It’s time to reinvent the modern orchestra. In honor of my friend and mentor, Tomio Taki — a leader in the fashion industry and Parsons board member — I’ve invited the talented students at Parsons to apply their creativity to the concert experience … Concert attire is just the start. Our goal is to erase any pre-conceived notions of what a concert should look like and create an experience that is as inspiring as the music we perform.

By the end of the class, the students are expected to produce up to 10 prototypes of orchestral attire for men and women.