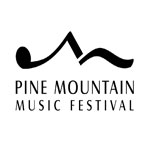 The Pine Mountain Music Festival (PMMF) was founded in Iron Mountain in Michigan’s Upper Peninsula in 1991 by Laura Deming, a cellist and member of the orchestra of Lyric Opera of Chicago. She invited several colleagues from Chicago to present a week-long chamber music series, and the programming expanded to include opera by the second year, and then expanded geographically into other communities, each about 100 miles apart. The series has grown from five or six events in one city to more than 40 performances, workshops and master classes held in various combinations in the areas surrounding Houghton, Marquette, and Iron Mountain, with limited appearances in Escanaba, Munising, Minocqua, WI and Land O’ Lakes, WI. The Festival now spans a five-week period in June and July.