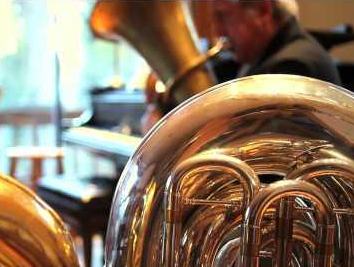 The 2009 Conference of the Organization of Canadian Symphony Musicians – l’Organization des Musiciens d’Orchestres Symphoniques du Canada (OCSM) took place August 12-16 in Thunder Bay, Ontario. The conference maintained its traditional format including educational content, opportunities to interact with industry partners and, most importantly, time for musician representatives from Canada’s professional orchestras to share insights and experiences with each other in order to sustain an all-important sense of community and solidarity as they face the challenges of a new concert season. Polyphonic.org talked to veteran OCSM President Francine Schutzman, who has just been returned to office for a fourth consecutive term, and long-time OCSM legal counsel Michael Wright about the 2009 conference.

The state of Canadian orchestras

Both Schutzman and Wright said that it was clear from Delegates’ reports that Canadian orchestras are managing surprisingly well in the current economic environment. There has been a predictable amount of concessionary bargaining but it has been far less serious than the impact of the recession on orchestras south of the border. The relative good health of Canadian orchestras can be attributed to the different funding structures in the two countries. Canadian orchestras enjoy significant levels of public funding from all levels of government. The current federal government has shown leadership and commitment by maintaining and even increasing funding levels despite the downturn. Also, Canadian orchestras are far less dependent on endowment funds than their U.S. counterparts. Endowment funds are reliant on the private sector and on the health of financial markets, both of which have taken a severe beating during the current downturn.

Nevertheless, finances were a focus of conference presentations and discussions. Norm Slongo, a chartered accountant and long-time Secretary-Treasurer of host Local 591, gave a presentation entitled “Unmuddying the Financial Waters” during which he walked the delegates through financial statements for real but unnamed Canadian Orchestras “A and B.” OCSM invited Michael Wright, not for the first time, to talk about bargaining in a concessionary environment in his annual address to the conference. Wright commented, “I have been talking about bargaining and leading workshops for negotiating orchestras for seventeen years. The state of Canadian orchestras in 2009 is certainly far from being the worst I have seen.”

The state of internal relationships

OCSM is a constituent assembly of the American Federation of Musicians of the United States and Canada (AFM), the trade union that represents musicians in North America.

Over the years the relationship between OCSM and its parent union has been occasionally rocky due to structural tensions. Both Schutzman and Wright reported a new sense

of inclusiveness at the 2009 conference flowing from outreach efforts by the AFM Canadian Office during the past year. The AFM has held regular meetings with OCSM, involving the symphonic leadership in key negotiations and strategic planning sessions.

A notable achievement is a new promulgated agreement covering the creation and distribution of symphonic content for the Internet. The terms and conditions of the new agreement were approved by the 2009 Conference Delegates following a series of meetings that took place over the past year. AFM Canada convened the meetings which were attended by the OCSM Media Committee, AFM officers and staff, and representatives of the two largest locals, Toronto and Montreal.

The AFM has also responded to a long-standing need for French-language support for orchestras in the province of Quebec by appointing a francophone staff person, Bernard LeBlanc, to provide service to a group that has historically felt alienated from the union.

These outreach efforts by the AFM are welcome but certainly not altruistic. The AFM is making a pragmatic response to a changing demographic as symphonic musicians wield a growing level of political and financial power in the union.

OCSM also maintains key internal relationships with other player conferences of the AFM. Representatives from these U.S.-based conferences are regular guests at the OCSM Conference. Questions arise from time to time around the fact that there are three separate symphonic conferences within the AFM. Polyphonic.org asked Michael Wright if he sees a reason for OCSM to continue as a separate organization rather than uniting with the symphonic player conferences. Wright said, “Absolutely. The issues facing Canadian symphonic musicians are so different that it continues to make sense for them to meet separately.” While the U.S. has separate conferences for large and small budget orchestras, OCSM has no trouble finding the common ground among musicians in professional orchestras of all sizes.

The state of relationships with industry partners

The Executive Director of Orchestras Canada (OC), currently Katherine Carleton, and the Music Section Program Officer for the Canada Council for the Arts, currently Daniel Swift, are regular invitees to the annual OCSM Conference. Orchestras Canada is the umbrella service organization for Canadian orchestras and, rightly or wrongly, is generally considered to be an advocate for the management side. OCSM orchestras are long-standing beneficiaries of funding from the Canada Council for the Arts, the arms-length agency that is charged with responsibility for distributing federal government funding. The relationships among these three organizations are important ones. Musicians must be seen by OC and the Council to be responsible industry partners. OC and the managers of Canadian orchestras must be seen by OCSM and the Council as responsible stewards of the public funding that is provided through the Council. OC and OCSM must stand together to make the case to the Council that orchestras are an important part of Canada’s cultural infrastructure and must therefore be in receipt of stable, indexed public funding. Schutzman commented, “We must continue to impress upon OC and the Council that musicians care about their organizations and about music-making. It is not just about the money.” Wright noted, “Francine Schutzman has been effective at managing these relationships in the true Canadian tradition of cooperation.”
Schutzman noted that a highlight of the 2009 Conference was a presentation about “Body Mapping.” (See article at http://www.esm.rochester.edu/iml/prjc/poly/article/body-mapping-what-every-musician-needs-to-know-about-the-body). The body map, defined at www.bodymap.org as “one’s self-representation in one’s own brain,” is a discovery of William Conable, Professor of Cello at Ohio State University. “Body Mapping is the constant correcting and refining of one’s body map to produce efficient, graceful, coordinated and effective movement… allows any musician to play like a natural.” One need look no further than this choice of conference topic to know that Canadian symphonic musicians are focused on the true “business” of music which is to play their instruments beautifully in the service of this great art form.