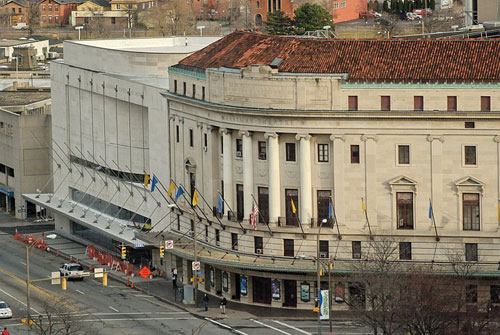 File this one under the category of “fascinating music school history.” According to Vincent Lenti’s 2004 book, “For the Enrichment of Community Life: George Eastman and the Founding of the Eastman School of Music,” the famed Finnish composer Jean Sibelius very nearly became a faculty member of the Eastman School to teach music theory and composition[1].

Just let that sink in. Think for a minute, “what if?” What if Sibelius had moved to America and taught at Eastman?

Well, not to spoil the day dreaming, but let me fast forward to the end of the story – Sibelius very nearly became an Eastman faculty member, yes, but in the end he chose not to make the journey to America and teach. But, there is still so much more to the story!

According to Lenti’s book, Sibelius was in negotiations in late 1920 with Alf Klingenberg, the first Director of the Eastman School. Sibelius asked for an astounding $20,000 salary for the 1921 academic year, an amount that was two and a half times the salary that Klingenberg was paid, for being Director of the entire school. George Eastman himself approved the $20,000 offer, but in the end, Sibelius decided against the move to America and the teaching post at Eastman.

Lenti presents much more detail about these events in his book, in addition to many other illuminating stories from the Eastman School’s beginnings. A highly recommended read, you can find the book on Amazon here and at the University of Rochester Press here.

[1] Lenti, Vincent. For the enrichment of community life” George Eastman and the founding of the Eastman School of Music. Meliora Press, University of Rochester Press. 2004. P. 53.