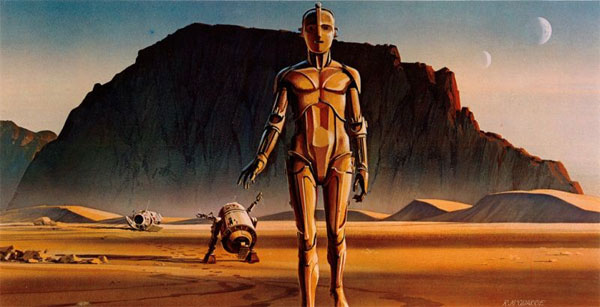 All posts from Peter Sachon
0

It was recently announced that John Williams will compose the music for Star Wars: Episode VII.  This is great news for fans of his music all over the world, and it could be great news for smart orchestras too.  A new Star Wars movie is the sort of cultural event that has largely untapped possibilities for modern orchestras.  Too often orchestras ignore things like movie openings, or video game releases, but these occasions offer them opportunities to both appeal to a broader base of people and to reconnect with corporate giving.  In this example, why not premiere new music from Episode VII at a symphony concert?  The premiere could be at the same time that the movie debuts, or better still, why not premiere the music just before the movie comes out?  The obvious idea is John Williams conducting, but why not Michael Tilson Thomas, Alan Gilbert, or Gustavo Dudamel?  Why not aspire for all these maestro’s to work together and premiere the music on the same night in different cities?

Thoughtful and intelligent people will certainly disagree about their own tastes in the various genres of symphonic music, but there’s no reason for the institution of the symphony orchestra to swim upstream against market forces.  The fact is that the music that traditionalists call “Pops” has to be more of the focus of serious orchestras’ overall seasons.

Traditionalists regard this idea as diminishment, and that’s understandable — Pops programming at too many orchestras seems dictated not by an artistic or musical goal, but rather by whatever is available from the back of Symphony magazine.  These pre-fab “Pops” programs — they often come complete with a conductor — are an easy out for orchestras who are unused to thinking about film or video game music as seriously as they might consider their classical fare.  There’s nothing inherently wrong with pre-fab concerts, but does renting the same Pixar live-to-projection concert that’s showing in every major city in the country really help to distinguish your orchestra artistically?  And that begs the chilling question, if profitable pre-fab concerts can be rented by anyone then why especially does it need to be the local orchestra?

A valid criticism of certain kinds of “Pops” programming is that the orchestra itself can too often be reduced to being a back-up band.  This of course defeats the purpose of getting an audience to a concert in the first place, and it’s often withering and burdensome for players.  Yet, it is important to notice that this situation doesn’t come from playing worthy film and video game music. It comes from programming material that is not part of the symphonic tradition.  An orchestra performing arrangements of rock songs, for example, is a frustrating exercise for everybody.  There is very little connection from the Beatles to Beethoven, or Dylan to Dvorak.  There is even less connecting the symphony with the circus.

Film music such as Star Wars, on the other hand, deeply relates to the symphonic tradition.  It is written specifically for the symphony orchestra by a composer who is part of a tradition that goes back through Waxman, Steiner, Herrmann, and Newman.  This music’s DNA comes out of Korngold, Mahler, and Wagner.  And just because traditionalists do not support film music as much as other modern forms, such as dodecaphony, this doesn’t make our American tradition of film music any less real or influential on today’s audience.

Performing film music doesn’t require a movie screen, or a lights show.  You can just play the music.

Also, practically speaking, is it any more worthy of an orchestras’ time and capital to seek out and commission music from Adès?  Or Rouse?  Or Lindberg?  Do these composers bring in a new audience or donations?  Are the resulting pieces somehow more worthy as art than new music from Mr. Williams?  Or Uematsu?  Or Wintory?  Which composers’ music do you suppose will create buzz and sell tickets next season?  That ought to matter.

Orchestras should aspire to be curators of all genres of symphonic music, and lend their prestige to composers whose work will both enrich the audience and the art form.  They cannot afford to ignore worthy artists from the film and video game genres just because the Baby Boomers have shunned these genres in search of creating orchestras more like those in Europe.  These are, after all, distinctly American symphonic genres and American orchestras should be celebrating them.  They are also, not inconsequentially, relevant and popular.

Of course orchestras could also do nothing, and simply wait for the Star Wars: Episode VII Suite to appear.  But, by waiting they lose the chance to engage with a new and younger audience for whom this music is a cultural benchmark.  That audience will not attend the concert two years later when the orchestra finally buys the suite of excerpts and has a “movie night.”  Our culture moves faster now, and orchestras need to move much faster too.

Sure, there are hurdles to thinking about the now.  Who knows how Mr. Williams (much less Disney) feels about the notion of even a part of a film’s music being played before the film itself is released, but asking these questions is the direction of artistic leadership that orchestras need.  They should be seeking symphonic music that matters to more people, and that means playing and premiering new film and video game music.  And in the end, there is a lot more room for growth exploring these genres than there is in hoping for changes in the educational system, the NEA, and the American culture.

It doesn’t matter if the snobs call it art or kitsch.  The music and its fans don’t need the traditionalists’ approval, but our American orchestras surely need those fans.