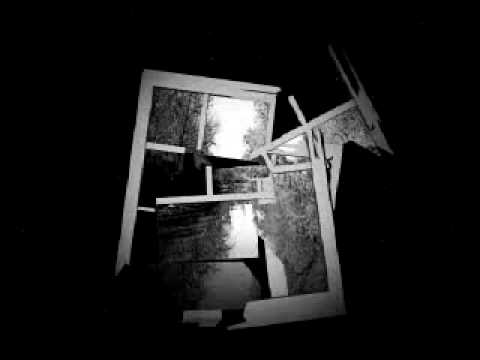 Why do we love terrifying ourselves? I am sure we’ve all experienced those spine-tingling moments as a child telling the most frightening stories late at night when parents are asleep: Friends invited for a special sleep over, reciprocal storytelling, each yarn topping the next, each with its own blend of verbal special effects. Scared witless, one finds the prospect of sleep itself becomes an evil ogre.

As a child, I remember being sent to bed before the weekly showing of the famous TV series The Twilight Zone, which was deemed too scary for this 8 year-old.

But I did get to see a few episodes when my parents were out for the evening. My brothers, who were very amused by my truly terrified reactions, would allow me down to watch… well, beware what you ask for. I can still remember vividly every episode I saw.

Then there was Alfred Hitchcock Presents with the great director personally introducing his 30-minute stories of the macabre. Those are deeply imbedded too, particularly the one about a small boy called “Anthony” for obvious reasons.

To top it all, there was the TV premiere in the U.K. of Psycho, which seared its every image onto my memory like a laser. I have only seen this movie once (I never want to see it again) and can remember without any difficulty whatsoever all the action and dialogue. One of the greatest ghost stories of all time is The Turn of the Screw, the novella by Henry James. It is amazing because it can be interpreted in so many ways. The story is about two orphaned children, Flora and the older Miles, who are from a well-to-do family somewhere in England; their governess; and the “ghosts” of the dead valet Peter Quint and former governess Miss Jessel. Now, do the ghosts really exist or are they part of the frenzied imagination of the new governess; is Peter Quint intent upon capturing the body and soul of the young Miles, or is this a manifestation of the governess’s repressed sexuality?

The novella has had many adaptations on screen and perhaps the best version is the 1961 movie, re-titled The Innocents, directed by Jack Clayton and starring as the Governess the great Deborah Kerr. Although she is similarly hoop-skirted, this is a very different Deborah Kerr from the governess in “The King and I.” She is febrile, almost twitchy, her eyes moving with the intuitive fear of a fox, and her breathing, which Kerr makes so arrhythmic, a curious and potent part of the drama.

My most alarmingly scary bit in the whole movie — which is shot in that most magical of all film color, black and white — has the governess playing hide and seek with the children late at night. The governess hides behind heavy curtains and in catching her breath finds herself looking out into the garden made luminous by the moon. There she sees the figure of a man walking towards her. It is the ghost of Peter Quint and he comes right up to her hiding place and stares straight through her into the room. This counts as one of the most heart-stopping moments of terror my fervid little imagination has ever encountered.

The other adaptation I love of the story is by Benjamin Britten who in 1954 turned it into an opera by the same name. The only big change he makes relates to Peter Quint and Miss Jessel, both of whom have singing roles. The music is as dark as the story. You know right from the start that this is not going to end well, and Britten maintains a sense of foreboding throughout the work with jagged rhythms and harmonies. The opera is a favorite with singers and audiences alike. Singers because the writing is just so effective and so dramatic. And with audiences because it has the power to bring you right into the drama and to show the tortured souls of the protagonists. If you don’t know the novella, or its various adaptations for TV and/or movies and this one for opera, it is well worth your time. (If you’re in Boston, NEC is staging the opera, Feb. 2-6. See below for more details.)

Soooooo… why do we like to have these terrifying stories in our lives? Carla Kihlstedt, the violinist singer and composer, launched a new music project last year, called Necessary Monsters and her thought was that we need to have monsters and demons in our lives. It’s part of the structure and an essential expectation of humankind. And after all, we are good at demonizing the nicest of people!!

My thought goes back to childhood. Children have a connection to the otherworldly that is at once magical and alarming. Very young children usually go through the same phases of being fixated on certain things and the most usual “monster” in their lives at some point is dinosaurs. Now why dinosaurs?? Why all the books?? The models?

Could it be that the dinosaur is the child coming to terms with those huge beasts bearing down on them from seemingly massive heights? Smiling with all those teeth. Grown-ups… and perhaps more particularly parents. Could the demons in our lives be another manifestation of the authority imposed upon us by these huge monsters in our very early years, and in returning to them over and over again in stories, films and TV, we are attempting to exorcise them from our lives or at very least come to terms with them? Well… who knows? But I just bet that there are a whole host of books out there on the subject. In the meantime take a look at Henry James for some great moments of transcendental horror.

For those of you in the Boston area, you can take in NEC’s upcoming production of Benjamin Britten’s ‘The Turn of the Screw,’ February 2-6 at the Cutler Majestic Theatre in Boston. Click here for more information.