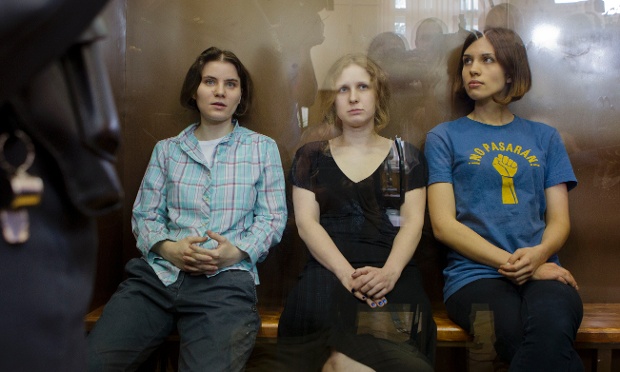 All posts from Peter Sachon
0

Orchestras should raise their voices to be heard amid the din of noisy modern culture and promote themselves as socially conscious public institutions. They need to embrace a more inclusive posture in society, and demonstrate an identity more nuanced than silent anonymous conservative tuxedo-clad white male.  While the price of participating in American culture is that orchestras may be subjected to new kinds of public criticism, participation also brings new kinds of opportunities, such as appealing to Millennials and corporations — the people orchestras need for future funding.

An example of an opportunity to put a public face on artistic thought occurred in August when members of Pussy Riot were arrested in Moscow and sentenced to two years in prison for staging a protest against Vladimir Putin in an Orthodox cathedral. Everyone should have the right to peacefully protest their government. Sentencing a couple of girls to labor camp for two years for making a video obviously challenges these rights, yet no American orchestra or conductor said anything at all.

American classical musicians and orchestras could have, at the very least, announced that they supported the free speech of Pussy Riot. They could have even tweeted about it.  Perhaps they didn’t respond because they do not see themselves as part of the international conversation, but their silence about it is exactly what excludes them. They left actual participation to other musicians and groups. While it may not be surprising that there was no word at all from Valery Gergiev, other musicians vocally participated in the discussion and supported Pussy Riot. People like Madonna, Sting, Yoko Ono, Björk, Moby, Peter Gabriel, and others. Relevant and active musicians. But not only musicians. Also participating were more than a dozen international papers as well as the Washington Post, the Chicago Tribune, and the New Yorker Magazine. The U.S. State Department openly deplored the needless severity of the punishment, and the White House stated that it had “serious concerns about the way that these young women have been treated by the Russian judicial system.” One would think that orchestras would want to be publicly on the side of freedom, especially in Washington D.C.

And where were the conductors? The orchestras? The American classical community? They were silent, because as far as they were concerned the whole affair had nothing to do with them. It is yet another way of separating themselves from present-day society, perhaps yet another way of continuing to fade into irrelevance.

Concerts can be an orchestra’s opportunity to establish itself as a public institution with a social consciousness. The meaning and message of the entire program or series could serve as commentary on larger contemporary common issues and experiences. Not even necessarily to express a stance, but to express awareness, so that the orchestra is a part of the piazza where citizens gather to engage in civil society rather than escape from it. So, for example, when an orchestra programs the Pastoral Symphony, performing it could both represent Beethoven’s portrait of serene country life and simultaneously comment on a shared social issue, such as global warming. That is putting art in context.

Orchestras have to stand for something. They must aspire to elevate humanity through music. Orchestras and classical musicians can’t just be the arts world’s separate and silent partner. You use the music to show our commonality as Americans. The humans sitting in the hall tonight. They have an experience in common, the experience of living in this nation in this decade.  Address it.

Orchestras need musical and administrative leaders who respect and understand the language of contemporary artistic culture, and that it is a public conversation. That’s how you approach presentation and programming. For example, an American orchestra could have joined with much of the western world and denounced the goings-on in Moscow. Then they could have performed a program with music to that position, say a Shostakovich symphony and a concert suite from the new movie Lincoln. This would be a great time to ask the resident composer to compose something, and fast.

By contributing no comment at all to the discussion, orchestras and conductors are invisible to the national cultural conscience. And they need a voice if they are going to secure sufficient funding from Millennials and corporations.

Orchestras have to program concerts with the actual listeners in mind, and stop trying to make some sort of academic point about long-dead composers that few in the audience can readily relate to. These people’s lives are a constant stream of passionate thoughts about their daily experiences and the experiences of others. Respect these lives.  Become a part of them.