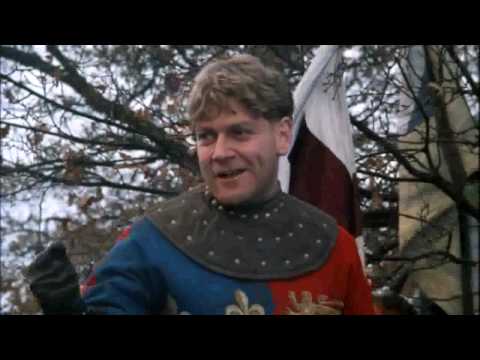 All posts from Tony Woodcock
Posted in

Just about one year ago, I wrote an entry to this blog in which I praised the continuing acuteness, love of life, intellectual curiosity, and wonderful humor of my friend George—aged 99. To me, he was a real-life hero. My wife and I had visited him at his home in Florida and enjoyed ourselves hugely. Sadly, I recently received word that he had died—not having reached his 100th birthday. You can read his obituary here to get some background on his genuinely swash-buckling life.  And, in appreciation for his example on how to live one’s life, I’m re-running the blog post.

George: A study in living in the moment

The other day my wife and I went to visit our friend George. George is the oldest person I have ever known. He is now 99 years old and is my role model for any age. No, I’ll correct that. “Hero,” conveys a much stronger image of courage and humanity. Nearly all my other heroes are fictional, Pierre and Prince André from War and Peace, Prince Hal from Henry IV, Jacques from As You Like It – you get the picture. But George is the real living embodiment of the heroic. He is an exemplar of being human and keeping a mind so alert and so acute that intellectually he can do the 100 meters every day. He amazed me yet again by remembering our previous conversations, referring to them, and not repeating himself. I can’t even do that at my age.

Anthony Hopkins as Pierre Bezhukov in War and Peace

George was a journalist and covered the European theatre in WWII, actually finding himself in Milan in 1944 when Benito Mussolini was shot and hung face down in the market place, next to his mistress. He tells how initially the mistress was left hanging with her dress around her face until an old Italian man took off his belt and tied her skirts around her feet for decency’s sake. This is the photo you always see of this harrowing scene.

He also covered China during the epochal struggle between Chiang Kai-shek and Mao Zedong in the late 1940’s. George’s apartment has the most wonderful Chinese works of art. He speaks of reading the first issues of the New Yorker magazine, the Atlantic Monthly and Time magazine, and his daily reads still include these three publications plus the New York Times. National and international events and the dramatis personae are at his fingertips be they the new British government, cuts to the BBC’s World Service, Al Jazeera, or the tumult in Egypt. On his living room table is the just-released autobiography of Mark Twain (ed. Harriet Elinor Smith) in which he is deeply immersed. In fact, words, books, and literature are what I believe have made him, as his doctors describe it, a living phenomenon. He cuts his intellectual teeth on ideas and facts every day. His style of speaking is akin to Alistair Cooke in his precise, clear, articulate, colorful, and well-structured reportage. He is achingly vivid when describing his own situation—which I’ll get to shortly.
I have made it policy over the years to send George books that I have discovered. He consumes them avidly and then gives his opinion. Salman Rushdie’s Shalimar the Clown (he found this book hard to appreciate because he had known most of the historical persons described); Némirovsky’s Suite Française and Roberto Bolaño’s Monsieur Pain. He wrote to me about Bolaño, an author he didn’t know, and I’ll just quote a section of his observations: “What will always, and I mean always, remain in my mind, were those two and a half pages of an inserted vignette which is a total gem of writing. It is dropped in those pages with no connection to the plot. I’m sure Bolaño just had to include it. It’s magnificently tense, keenly aimed at the reader’s heart. You will find it starting at paragraph 2 between pages 54 and 56.” I had missed this section during my reading and had to go back and rediscover it – and yes, of course, he was right.

Opera has always been a big feature in George’s life (all music I think, too) and he attended his first Metropolitan Opera performance at age ten with his mother (at the old New York Met). That experience ignited his lifelong love affair. Today he has the greatest joy going to the Met – through the live telecasts broadcast at a theatre near his home. He praises these with all his strength.

Just a few years ago, George came to our home for dinner with two of his closest lady friends. The idea was to have a great dinner and then attend a concert. The average age of our guests was around 93. They all arrived on time and dressed to the nines. The conversation was about politics. The preferred beverage was gin martinis with olives. I half expected them to light cigarettes. They were all feisty. The ladies had the serene beauty and toughness of Katherine Hepburn in On Golden Pond. Afterwards, we reflected that this was the type of blazing American character who could win a World War and still quote Keats. (By comparison, contemporary generations seem far more marshmallow-like in character.)

Even before he speaks, George’s eyes tell you everything you need to know about his character. They radiate life and curiosity. When he speaks about his current situation, he is unflinchingly direct. “Everything above my neck is working fine,” he says. “Below the neck, all the telephone lines have been cut.” Still, he accepts physical diminution. “If you can’t do it anymore then cut it out. Get on with what remains.” And he says this with whoops of laughter. For him every day is unique. There are no yesterdays. Tomorrow is a distant island. Only today, only the moment exists. George says that his life is as exciting today as it’s always been.
When I grow up and reach 99, I intend to visit George and compare notes.