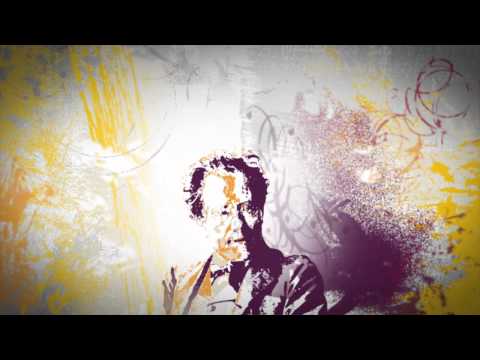 All posts from Tony Woodcock
Posted in

I am sure we’ve all had evenings when we arrive home from work exhausted and brain-dead, not having the energy or concentration to do anything more than switch on the TV and go semi-conscious.  And of course, sleep comes pretty quickly, and that then consumes the entire evening.  Well I was having that sort of evening some years ago and eventually awoke with a start and stared at the action on the TV.  And…I was completely disoriented. I felt like I was inside an episode from the Twilight Zone. There on the screen was a film that I knew really well and admired enormously. Same dialogue. Same scenes.  Same direction. Same camera shots. But it was not the same movie.  For one thing, the original was in black and white and this was in glorious colour. All the actors had changed. Janet Leigh had suddenly become Anne Heche for instance.  I had stumbled across Gus Van Sant’s frame-by-infinite-frame remake of the great Alfred Hitchcock’s Psycho. It was immensely unnerving.

Well I had pretty much the same experience last week when I sat in on rehearsals for the first modern performance of the original version (premiered in 1889 in Budapest’s Vigadó Theater) of Mahler’s First Symphony performed by our Philharmonia Orchestra and Hugh Wolff.

There was the Symphony’s last movement developing in all the ways we know and love building to that incredible moment when the entire viola section plays as though the Himalayan mountain range is exploding with that fortissimo three-note run.  And there it wasn’t.  Instead here was Mahler in some impossibly distant key, a box he had gotten himself into and the only way out was to bring back the huge dissonant storm that had started the movement.  That was pretty unnerving too.  But the insight that this moment and many others in this original version gave about the compositional process was astounding.  Listening to the September 26performance, we were hearing a masterpiece in process played with the passion and commitment that only outstanding young musicians can bring to such a project.

We had been given the rights to recreate this version by Marina Mahler, the composer’s granddaughter. Kristo Kondacki, a third- year Composition student and Mahler devotee had spent his summer producing a performing edition.  The results were a revelation.

The concert inaugurated a semester-long celebration at NEC on the Centennial of Mahler’s death which I believe I can confidently say, no other performing organization could even approximate. Mahler Unleashed brings together the vast diversity of all NEC’s programmes from Jazz and Contemporary Improvisation, to piano, song, chamber music, and, of course, our extraordinary orchestra programne.  We will present more than 20 events, including symposia and film, between September and December.  Concerts include our conductorless Chamber Orchestra performing some of Mahler’s arrangements of Schubert and Bach  (did you know he conducted Bach with the NY Philharmonic?!) and showcasing music of his contemporaries, Fuchs, Schreker, Suk and Webern.  Mahler’s reworking of Beethoven’s Fifthis included.

His Fourth Symphony will be juxtaposed with Messiaen’s l’Ascension on a program with the theme Different Paths to Heaven. We will hear the fragment of his early Piano Quartetwhich the composer Alfred Schinittke took as a germ for his own fascinating mashup of gestures and ideas.

We will hear songs by Mahler and  his contemporaries and… Alma.   There are two quite experimental concerts: Mahler Remixed, which is a student project.  The participants have been invited to program, perform, compose, arrange, and market their own tribute to Mahler as part of our Entrepreneurial Musicianship program. From what I have seen of their plans so far they have come up with something totally original.  And there is Mahler in Chinatown  a title inspired not just by the composer’s choice of Chinese texts for Das lied von der Erdebut also by the story (perhaps apocryphal except I like it too much ) of his conducting the NY Philharmonic, an experience he did not relish, and then eating comfort food in Chinatown. Anyway… besides the Schönberg arrangement of Das lied there will be a performance by our Chamber Orchestra of the famous Adagietto from the Fifth Symphony. But this time the orchestra will be joined by Jason Moran, a distinguished faculty member and one of the most original jazz pianists in the world today, who will weave improvised tropes on the music .  Who knows what Mahler would have made of this but it will be a fascinating meeting of styles and creativity.

All of these ideas took wing just a few months ago when Katarina Markovic, Chair of our History Department, mentioned the idea of oneconcert to celebrate the centennial.  This one concert became the inspiration amongst faculty chairs for the massive celebration we are now enjoying, and which I hope you will experience as well.

Katarina has been a star throughout our planning, but the planning has been very unusual.  Instead of appointing an Artistic Director who would have imposed some sort of “Vision” on us all, I opted instead to empower all faculty chairs to discuss their ideas and come up with their own programmes reflecting their individual passions.  A case study in removing leadership and allowing the collective creativity of amazing minds to do the work.  Maybe there is something there for Government to think about!!

Before our opening concert on September 26, I had invited Gilbert Kaplan, the very well known Maher authority, to set the scene for our celebrations with his presentation, Mahler’s legacy.  Before a packed audience he gave a deeply felt and passionate account of Mahler’s life, illustrated by more than 200 slides and various musical examples.  As he reached his conclusion and literally faded from our view with only music in our ears, I felt deeply grateful for the emotional place of this sound world in my life.  Mahler has reached us all.