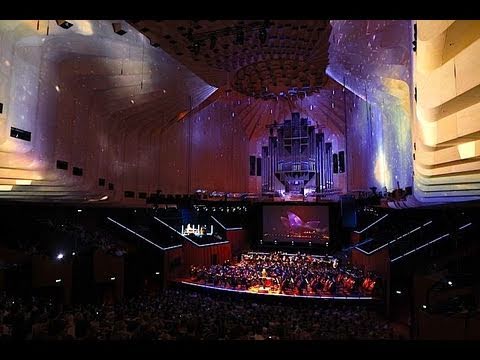 [This is the first in a series of posts in which I will talk about the current, troubled, state of professional musicmaking and offer some glimpses of possible solutions for the future.]

The other night I attended one of the finest chamber music concerts it has been my privilege to attend…ever. The Parker and Jupiter Quartets came together to play the Mendelssohn Octet in a performance of high energy, brilliance, and revelation.  In the first half, there was a beautifully subtle Haydn Quartet in C Major Op. 74 No. 1 by the Parkers and then Beethoven Op. 131 with the Jupiters.  (Both quartets are alums of our professional string quartet program )

I was both exhilarated and exhausted at the end of the concert. Clearly, with these two outstanding young string quartets at the beginnings of international careers, music is unequivocally in the right hands for the future–just as Paul Katz declared to me during the concert.
Something else occurred to me. Mendelssohn was only 16 years old when he wrote his masterpiece and I was reminded of Larry Lesser’s advice from four years ago. “Trust the young,” he said.

Acting upon that, I invited some outstanding NEC students, our best and brightest, to share their ideas about the future of music.  And so it came to pass, a group of nine young musicians gathered in my library, over cheese, peanut M&M’s, hummus and carrots, for a discussion that was to prove as stimulating and absorbing as the Octet concert.

I asked the group to imagine the future of music in whatever community they might choose, where they saw themselves, and how they would spend available and precious resources to support the musical life.  Clearly, these young musicians have been giving a great deal of thought to this subject over a long period of time. And it was equally clear that they were deeply committed to finding new ideas, new relationships, and new responsibilities that would enhance the role of musicians and promote a much wider context for musicmaking in the future.  This is how they see the present position for music and musicians and what they imagine might be done to broaden music’s transformative effect on society.

Classical music is having a hard time, the students agreed, and recited the familiar catalogue of ills: perceived lack of relevance, declining audiences, major financial upheavals, institutional inflexibility.  They cited the six month strike by musicians of the Detroit Symphony and recent bankruptcy filing by the Syracuse Symphony.
But, they observed, music was not unique in its problems.  Borders Books is liquidating stock and stores as part of bankruptcy proceedings.

Blockbuster Video is in a similar tailspin. And everyone still mourns the demise of Tower Records.
Nonetheless, there is a positive side to this creative destruction: there has been some great reinvention breathing life and oxygen into old models—Netflix, Google books, e-readers  are three examples.  These new paradigms recognize that people haven’t stopped watching movies or reading books, but allow viewers/readers to do it more conveniently, cheaply, and comfortably.
By contrast, though, the orchestra business has been slow to adopt new models of working and thinking, to grasp the potential and power of new methods and new technologies. Indeed, it still operates on a 1950’s model and, our students agreed, that won’t do into today’s world. The students held up the example of the Berlin Philharmonic as an orchestra thinking differently and using new technology, particularly the subscription concert digital player. But they wondered, why weren’t they doing it 10 years ago? At the same time, there was great excitement about the YouTube Symphony, which had attracted a rock show-sized audience of 33 million viewers for its last concert.   Indeed that concert had the highest viewership of any webcast.

As exhilarating as it can be, our students see technology and electronic presentation as something that cannot completely replace the direct communication and energy of a great live concert. Listening at home alone is not comparable to listening in company with other enthralled auditors. One young man offered this parable: “A man asks the Rabbi: Why should I pray with the congregation instead of praying on my own? The Rabbi answers: That’s like separating a single coal from the fire. Together all the coals make a great blaze. But alone, one coal…will be extinguished.”

Technology, the students felt, should be an assistive tool rather than a panacea. However, they acknowledged that the current mode of live concert presentation is problematic. How music is presented at the source is often not the thrilling, visceral experience it can and should be.  This observation closely mirrors the findings of a recent Knight Foundation report that pinpoints the problem as the “vehicle of delivery.”

Because audiences today often do not have a strong musical background—arts education programs steadily being dismantled in schools and communities—they are not engaged by conventional concert formats. To compensate, our musicians believe, we will need new locations, new formats, new types of presentations, a more direct engagement with the audience in order to ramp up the excitement quotient.

One Size Fits All Doesn’t Work

Generally, the current provision of music is not fulfilling localized needs, the students said. Audiences and community were not being connected with, or the connection was too superficial and shallow.  Depending on the community, a smaller more flexible approach could be more relevant than an orthodox concert. And there was a great need for musicians to educate listeners of all ages.

Still, these musicians felt that engagement should not result in dumbing down the art. They were adamant that performance standards need to be kept at the highest levels, and there was a wonderful crie de coeur of, “I really hope that 800 years from now, the Boston Symphony Orchestra musicians walk onto stage in the same tuxedos and play Mozart and it is this time capsule brought to life.  But we’re not sure if that’s what Spokane needs or wants.”

So… what were their ideas for the future? This was where the M&M’s really kicked in!
There was general consensus about what was needed:   Base yourself in a community, get to know its needs, get involved at all sorts of levels, build collaborations, promote educational values, and work in schools but don’t lose the need and desire to be a performer.

Make the work new, edgy, full of creativity. Empower musicians to be multi-faceted in their skills and in this way they will understand and serve their audiences better.  Technology should be part of the day-to-day thinking, part of the toolkit.  It should be used to promote and enhance and create visibility for music, with no restrictions on its potential to move the art form forward.
Think and Act Locally

The musicians embraced the idea of small ventures, of moving away from huge musical monoliths. Small is good, they said.  It permits flexibility, creativity, faster pace, greater energy. Performances should provide the visceral connection, the shared delight we see in performances by A Far Cry or, yes, the Berlin Philharmonic.

In creating a musical life, musicians should make community the focus. Promote partnerships and joint projects with all types of other art forms, they recommended.  Make what you do specific to the community you serve and its needs.  Teach music for ages 3-18 in a moldable way allowing more communities and schools to be touched and allowing music to become a more powerful force.  Reach all of those who need music and many of those who haven’t yet realized they do. But don’t build an empire.
The charge was led by one student who offered this summary: Musicians, he said, “needed to arrive in a community as a special forces commando unit for music and get the job done.”
So let us trust the power of the young. The creative blaze I witness here at NEC on a daily basis—as well as at the other great teaching institutions in this country—is the thrilling foundation for the future.