1
Opera in the Market
2
Seattle settles 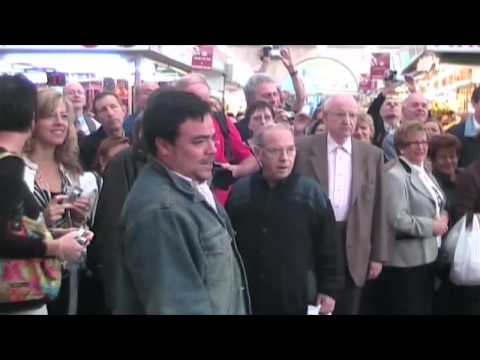 A good example of marketing.

Robert Levine has been the Principal Violist of the Milwaukee Symphony since September 1987. Before coming to Milwaukee Mr. Levine had been a member of the Orford String Quartet, Quartet-in-Residence at the University of Toronto, with whom he toured extensively throughout Canada, the United States, and South America. Prior to joining the Orford Quartet, Mr. Levine had served as Principal Violist of The Saint Paul Chamber Orchestra for six years. He has also performed with the San Francisco Symphony, the London Symphony of Canada, and the Oklahoma City Symphony, as well as serving as guest principal with the orchestras of Indianapolis and Hong Kong.

He has performed as soloist with the Milwaukee Symphony Orchestra, The Saint Paul Chamber Orchestra, the Oklahoma City Symphony, the London Symphony of Canada, the Midsummer Mozart Festival (San Francisco), and numerous community orchestras in Northern California and Minnesota. He has also been featured on American Public Radio's nationally broadcast show "St. Paul Sunday Morning" on several occasions.

Mr. Levine has been an active chamber musician, having performed at the Festival Rolandseck in Germany, the Grand Teton Music Festival, the Palm Beach Festival, the "Strings in the Mountains" Festival in Colorado, and numerous concerts in the Twin Cities and Milwaukee. He has also been active in the field of new music, having commissioned and premiered works for viola and orchestra from Minnesota composers Janika Vandervelde and Libby Larsen.

Mr. Levine was chairman of the International Conference of Symphony and Opera Musicians from 1996 to 2002 and currently serves as President of the Milwaukee Musicians Association, Local 8 of the American Federation of Musicians, and as a member of the Board of Directors of the League of American Orchestras. He has written extensively about issues concerning orchestra musicians for publications of ICSOM, the AFM, the Symphony Orchestra Institute, and the League of American Orchestras.

He lives with his wife Emily and his son Sam in Glendale.

All posts from Robert Levine
0

Seattle Symphony management and musicians have reached a tentative agreement: The 23-month, three-season contract — which could be extended for an additional eight months — would immediately cut musicians’ pay by 5 percent until the end of this season, with the current pay scale resuming in 2011. Musicians also would pay a greater share of[…]