With the 2016 academic year having officially come to a close, the Eastman Trumpet Studio can reflect back on an extraordinarily eventful year filled with stellar performances from students and faculty alike.  Arguably the most impactful occurrence of the year was the inaugural Eastman Trumpet Festival, a 2-day celebration of the trumpet through an array of masterclasses, clinics, and concerts.  The Eastman School played host to some of the trumpet world’s most renowned figures, including former Metropolitan Opera principal trumpet, Mark Gould, and long-time designer and President of Yamaha-USA, Bob Malone.  Highlights from the weekend included an opening concert from the Eastman Wind Orchestra, featuring Eastman professors James Thompson and Douglas Prosser, along with Eastman alumnus and baroque trumpet specialist, Brian Shaw.  The program featured a variety of exciting works, namely the Double Trumpet Concerto of the late, great Stephen Paulus and Fisher Tull’s Rhapsody.  Having been a tremendous success, the Eastman Trumpet Studio is sincerely grateful to members of the community, trumpeters and music enthusiasts alike, for having shown support for what will hopefully become a reoccurring event at the Eastman School.  Here’s to the next ETF!

•As many of the trumpet studio heads home for the holidays after a week of final exams, James Thompson made his way to Hamburg, Germany to give masterclasses and perform a concert with Mattias Hofs. We want to wish him safe travels and an enjoyable experience in Germany – We will see him in the New Year! 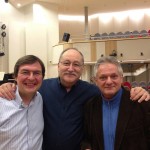 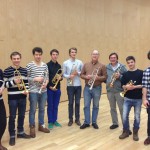 •Senior Jacy Ripley performed her Bachelor of Music degree Recital on October 20th to a packed house in Kilbourn Hall. She performed both solo works as well as works accompanied by Piano. She closed her program with an arrangement of Pictures at an Exhibition for full brass choir. A stellar way to end a great recital – Great Job, Jacy! 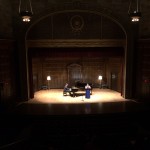 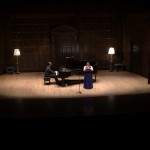 •Former principal trumpet of the BBC Philharmonic Orchestra, Patrick Addinall, stopped by to present a masterclass and teach private lesson for students. He presented wonderful ideas about relaxation of breath, both metered and unmetered, as well as provided insight in to his practice methods when approaching new works. He even spent some time with our orchestral trumpet section who was preparing Mahler’s First Symphony for an upcoming performance. 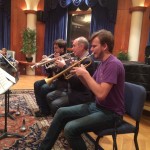 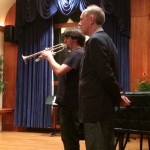 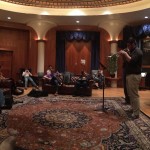 •Assistant Professor of Trumpet, Dr. John Adler of University of Northern Colorado, presented a wonderful masterclass on Classical/Jazz cross over compositions that he commissioned for a recent recording project. He, along with former alumni and accompanist Dr Tracey Cowden presented a secondary masterclass on musical collaboration and the art of making music without direct discussion. 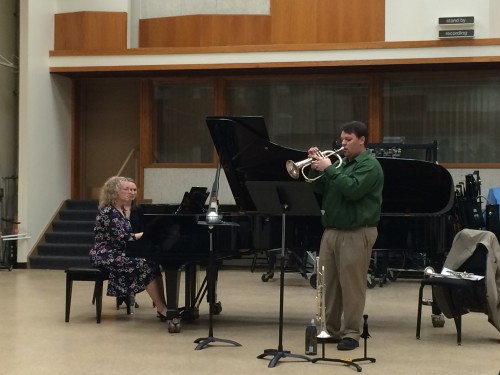 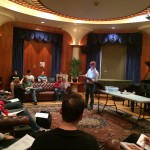 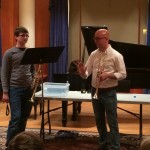 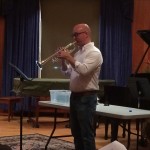 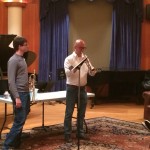 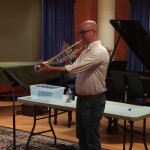 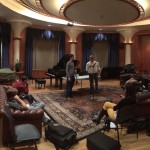 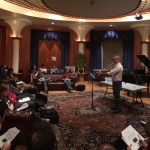 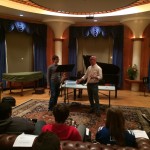 •September 8th at 5:30pm, Doctoral candidate Mustafa Arda Cabaoglu is presenting a lecture recital on the Merri Franquin. Franquin is regarded as the grand pedagogue of trumpet at the Paris Conservatory in 1894 to 1925. The recital will take place at Third Presbyterian Church in Rochester, New York. Admission is free! 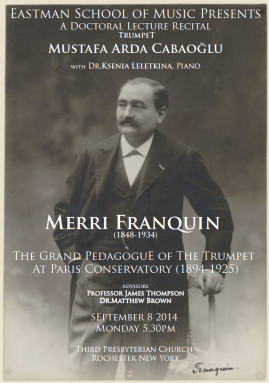 •On August 24th, James Peyden Shelton was invited to perform with the US Army Field Band in Washington D.C. He performed along side members of the brass section in a special concert that marked the end of their summer concert series.

• In May, Professor James Thompson performed Gustav Mahler’s Symphony No. 8 with the Houston Symphony Orchestra. What an awesome performance! 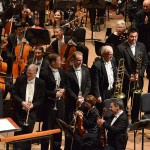 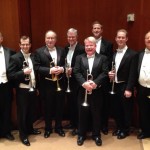 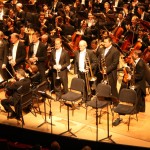 •In late May, the Eastman Wind Ensemble recorded a new CD featuring the music of Michael Burritt and Jeff Tyzik. The CD entitled “Trilogy” will be released in late Fall of 2014. The CD features soloists from the Eastman School of Music faculty including Michael Burritt, Chien-Kwan Lin, and Mark Kellogg. 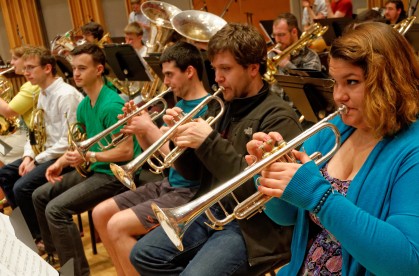 • Professor James Thompson performed Leos Janacek’s Sinfonietta with the Chicago Symphony Orchestra in April. Among the list of artists involved were Jim Ross from the Metropolitan Opera, Bob Sullivan from Northwestern University, Larry Black formerly of the Atlanta Symphony and many more. 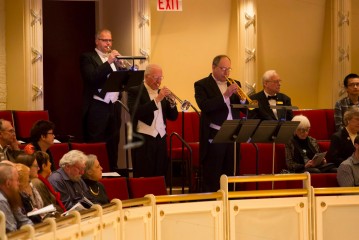 Professor Thompson performing with trumpeters Larry Black, and Jim Ross during the Chicago Symphony’s performance of Janacek’s Sinfonietta this past April.

•In March of 2014, the Eastman Trumpet Studio’s Trumpet Ensemble were finalists at the National Trumpet Competition. They competed against over 50 other premier collegiate trumpet ensembles and were among six chosen to compete in the Finals. The members were: Steve Felix, Sam Huss, Michael Kent, Dovas Lietuvninkas, and Andrew Psarris. These same members will attempt to be one of the groups that represents the Eastman School of Music this coming year at the National Trumpet Competition.

• Doctoral Student, James Peyden Shelton, performed in the PBS East Coast premier of The Miner’s Hymn. This multimedia production of a video documentary with brass band soundtrack presents a unique image of mining life in Durham, England during the early 1900’s. Keep an eye on your local TV guide to check it out. 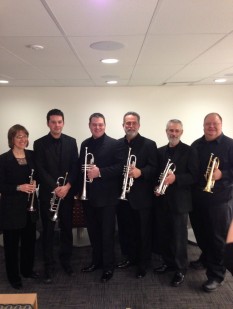 Peyden (center) along with the other trumpet players from around the Southwest Virginia area who performed in the production.

•Eastman Alums, Daniel Rosenboom and Aaron Smith, recorded the soundtrack to the new movie, Despicable Me 2. They were hired by Fox Studios, along with trumpeters Rick Baptist and Jon Lewis, be the trumpet for the new soundtrack 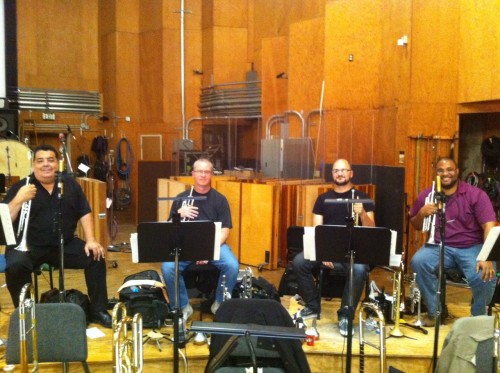