Since its creation in 2010, the Eastman Saxophone Project has performed in a wide variety of settings.  Without the restriction of music stands, the ensemble is able to play in unconventional space configurations.  This “portability” has made ESP a popular choice for various occasions both on and off campus, including flash mobs and other outreach venues.

History of ESP performances since founding: 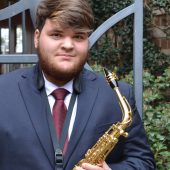