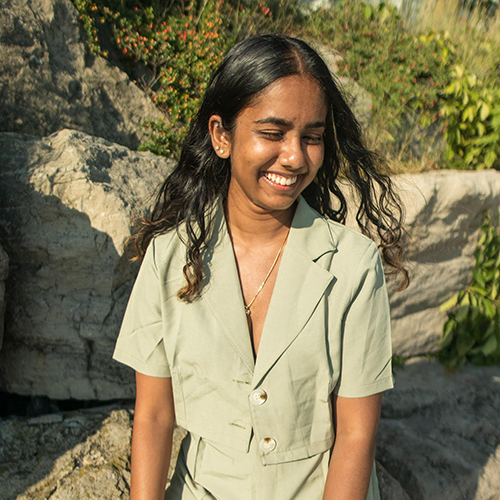 Hanisha Kulothparan is a first year Ph.D. student in music theory at the Eastman School of Music. Her research focuses on rhythm and meter in rap music and its intersections with gender studies. She has presented her work at several graduate conferences including the McGill Graduate Student Symposium, Florida State University Music Theory Forum, and University of Arizona Graduate Student Music Conference. She has also presented at regional conferences such as the South-Central Society for Music Theory and Music Theory Southeast. Her paper “Flow in the Alter Egos of Nicki Minaj” is the most recent winner of MTSE’s Irna Priore Prize for best student paper. Hanisha has been invited to several schools as a guest lecturer for her work on Nicki Minaj including Northeastern University, Queens University, Wilfrid Laurier University, and Michigan State University.

Originally a Toronto native, she previously received her B.M. in music history and theory at Wilfrid Laurier University and her M.M. in music theory at Michigan State University. Outside of theory, Hanisha is a huge fan of puzzles and once finished a 5000 piece puzzle in a month.