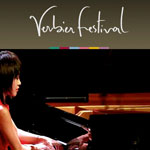 The Verbier Festival was born out of an ambitious idea: to bring together the greatest musical talents in Verbier in a mountain ski resort which none of them knew, to set up a professional team, and to find finance.

Thanks to the considerable efforts of a few people inspired by the vision of Founder and Executive Director Martin T:son Engstroem, this “mad” idea became a reality. The first concert took place on 12 July 1994 with Zubin Mehta in charge of the Young Israël Philharmonic. “When I think back to that first festival,” says Martin T:son Engstroem, “the first words that come to mind are: anguish and frenetic activity! We really had no idea what we had let ourselves in for, but we were very excited! It was an incredible evening!” This first night marked the start of a long history: seventeen years later, the Verbier Festival has become one of the most important classical music festivals in Europe.