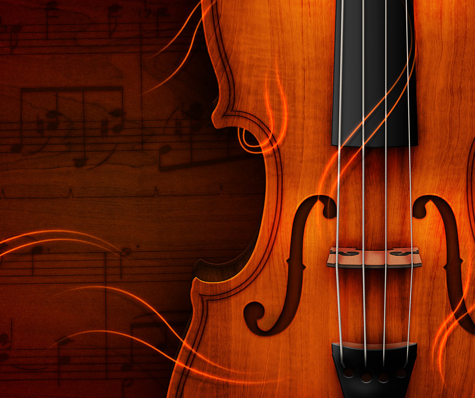 Originally from Buffalo, Liz Mahler currently lives in New York City, where she works with Orpheus Chamber Orchestra as Assistant Director of Institutional Giving. Prior to a year-long fellowship through the League of American Orchestras, Liz lived in Miami Beach, where she worked with the New World Symphony in three different capacities: as a violinist, Development Coordinator, and Communications Manager. Previous to her work with the New World Symphony, Liz earned a Master's degree in violin performance at Peabody Conservatory and a Bachelor's in American history and literature at Harvard University.

[…] As musicians it is quite natural for us to occasionally question our career decisions, but what if we are…

Sometime in May 2008, I packed up all the clothes, books, and music that would fit into my ’95 Camry and got rid of the rest of my belongings on Craigslist. I was about to leave Miami Beach to “roam throughout the country learning about orchestras”—my nutshell description of the Orchestra Management Fellowship Program, run by the League of American Orchestras. This may have seemed like an unlikely scenario for someone who, just three years before, came to New World Symphony to learn how to play the Schumann Scherzo with metronomic perfection.

I didn’t plan on this meandering path. After falling in love with chamber music as a liberal arts major at Harvard, I spent four years at Peabody Conservatory, getting a master’s in violin performance, teaching, gigging, and generally making up for lost time in the practice room. I became more involved with orchestral playing and contemporary music at Tanglewood, and moved to Miami Beach in 2005, ready take auditions in earnest.

Then I noticed a slight tremor in my left pinky finger. It affected me only while playing the violin, and only in certain technical scenarios. No one else seemed to notice, but the unwanted motion was stressful and distracting, something that I needed to compensate for by shifting the balance of my hand. Eventually I was diagnosed with focal dystonia, which, until then, I’d known only as the condition that had prevented Leon Fleisher from playing for decades. I may have made it into New World, but I was no Fleisher. I was twenty-six and had yet to reach the final round of any real audition.

After the initial shock, I took some time off from auditions to reevaluate my situation. There was a stigma surrounding focal dystonia, in large part because, though there were a number of possible treatments, no one had discovered a cure. Many musicians found ways of controlling it and continued to play professionally, but it was difficult to find people who were willing to talk about it. I wasn’t willing to talk about it.

Though my condition was relatively mild, the situation set off a series of questions that formerly had been relegated to the back of my mind. Did I want to pursue life as a professional musician with yet another layer of stress and unpredictability? Was the goal of carving out a career as a musician, orchestral or otherwise, worth it to me? Was law school really as boring as everyone said?

I had a momentary desire to jump ship from music altogether. It seemed like an easy two-step plan—1) make a living in a completely unrelated profession, 2) attend concerts whenever the mood strikes—but I ran into a problem. I could not get myself to care about anything as much as I cared about music. I decided that I wanted to move forward with my life but stay involved in the field; it was just a matter of how.

I started by badgering people with questions. Several staff members at New World took the time to tell me about their jobs—what they did on a daily basis, what they enjoyed—and I began working as an intern after rehearsals. I never consciously quit playing the violin, but something about the idea of making a living behind the scenes gave me a new sense of freedom. I could stop the neurotic habit of evaluating myself based on my most recent performance or practice session. Whatever my new career might be, I idealized the notion of consistent, nine-to-five employment and the possibility of using other parts of my brain.

When an entry level position opened in the development department at New World Symphony, I jumped at the opportunity. Fundraising was clearly an important skill to learn, and I had been inspired by a great mentor who assured me that there was actually a demand for qualified development staff throughout the nonprofit world. This was a mind-blowing concept after years of fearing the demand-vacuum of the orchestral audition circuit. The following year, I shifted to a position in marketing and publications, partly because I was needed but also because I liked the challenge of trying to help people identify with something as abstract as music.

Despite an incredibly supportive environment, my transition to the staff side of New World came with a few stark realizations. Of course it was difficult, if not impossible, to maintain my level of playing. If there is a way to motivate oneself to practice the violin after a full day at work, I haven’t found it; reading chamber music once in a while is no substitute. Psychologically, it was difficult to accept the fact that I wasn’t “the talent” anymore. Not that I basked in that glory as a performer, but it was easy to take for granted that every stage set-up, fundraiser, grant, or brochure existed to create opportunities for me to make music. Being a musician hadn’t felt like a glamorous lifestyle, but it was a unique and all-encompassing identity. As a non-musician, there was no automatic niche to fall into, no clear-cut purpose. I was restless, trying to move forward without knowing exactly which way that was. It was the metaphorical equivalent of a really bad sense of direction.

So I packed up the car and embarked on a thirteen-month journey through four time zones, three orchestras, and one music festival. Under the auspices of the League’s Orchestra Management Fellowship Program, I worked with the Aspen Music Festival and School, Pacific Symphony, Portland Symphony (in Maine), and the Chicago Symphony. The Fellowship provided me with an amazing array of experiences and colleagues, and, unfortunately, the opportunity to observe orchestras adapting to the plate tectonic shifts of the recession.

Through the Fellowship, I worked on projects in a variety of departments, with staff that ranged from ten to a hundred people. I was privileged to have dedicated time with executive directors and other mentors, and to attend high-level meetings, where I felt keenly aware of how little I knew about such topics as the investment of endowment revenue. Between each orchestra assignment, the other four Fellows and I met up at the League’s office in New York City to discuss our experiences in the context of broader questions, as prompted by our beloved advisor and a leadership coach.

At one point, when we were all jobless and panicking toward the end of the year, they asked us what exactly we wanted to accomplish, no matter where we might land. It was like hearing a violin teacher say, “You’re playing this nice and clean, but where is the phrase going?” What did I actually want to do for music? As we started the discussion, I realized that I had been fretting about the short-term, but I already knew what I wanted to accomplish overall. I wanted to see both audiences and orchestral musicians more engaged. I wanted to see younger audiences into the concert hall. I wanted classical music to become a distinctive artistic force in the community, rather than just a nod to tradition. I wanted to see collaborative music-making and artists taking risks. It had taken some time to procure, but here was the to-do list that mattered.

After the Fellowship, I found myself working at Orpheus Chamber Orchestra, an ensemble that I have always admired. I am happy to have found a context where I am constantly learning new things, hearing interesting music, and working for an organization in which I believe. My career path may have meandered, and will likely meander still, but my sense of direction has never been better.

Originally from Buffalo, Liz Mahler currently lives in New York City, where she works with Orpheus Chamber Orchestra as Assistant Director of Institutional Giving. Prior to a year-long fellowship through the League of American Orchestras, Liz lived in Miami Beach, where she worked with the New World Symphony in three different capacities: as a violinist, Development Coordinator, and Communications Manager. Previous to her work with the New World Symphony, Liz earned a Master's degree in violin performance at Peabody Conservatory and a Bachelor's in American history and literature at Harvard University.